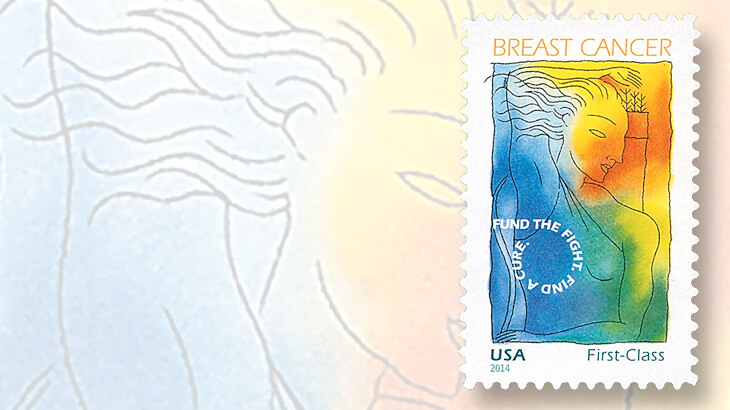 The Breast Cancer Research stamps are authorized through 2019.

Earlier this week, Linn’s Washington correspondent Bill McAllister reports that Rep. Michael C. Burgess, R-Texas, wants to prevent the United States Postal Service from raising “funds through specialty stamps and give those funds to its own preferred designations.”

The “specialty stamps” Burgess refers to are semipostals, stamps sold at a price greater than the postal value of the stamp. The additional charge is designated for a specific purpose or cause.

McAllister reports that Burgess believes that Congress has the sole ability to appropriate funds raised through these “specialty stamps.”

However, the Semipostal Authorization Act (Public Law 106-253/106th Congress) authorizes the Postal Service to select causes it believes are worthy of the money collected from the public. The law was enacted May 20, 2016.

The Postal Service began accepting proposals for discretionary semipostal stamps on that date and began considering those proposals July 5, 2016.

The rule states, “The decision of the postmaster general to exercise the Postal Service’s discretionary authority to issue a semipostal stamp is final and not subject to challenge or review.”

Postal Service employees are not eligible to propose recipients for discretionary semipostals.

The previous rule stated that the discretionary semipostal stamp program “would commence on a date determined by the Office of Stamp Services, but that date must be after the sales period of the Breast Cancer Research stamp (BCRS) is concluded.”

On Sept. 23, 2015, the U.S. Senate unanimously approved continuing sales of the first U.S. semipostal stamp through 2019.

No causes have been announced, so we can’t judge the worthiness of the causes or if stamp collectors will want to add them to their collections.

While it can be argued that the public is not required to support the so-called discretionary causes by purchasing the semipostal stamps, stamp collectors who want to add one of each stamp issued by the Postal Service to their collection will be forced to support the causes selected by the USPS through purchase of the stamps.

We can only hope that stamp collecting will somehow benefit from some of these causes.