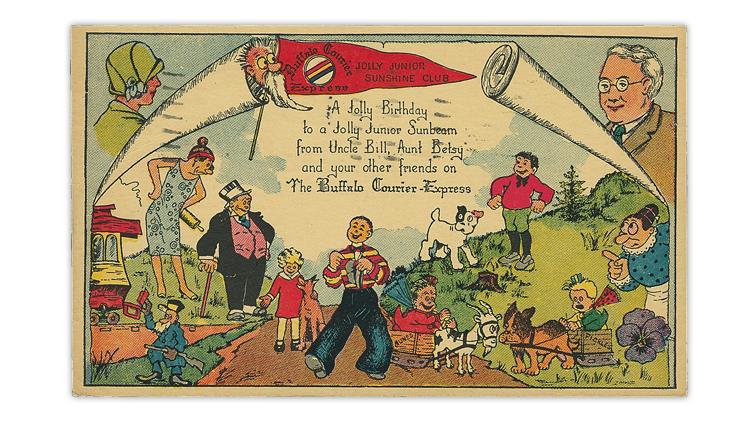 Figure 1. This illustration on the back of a 1¢ green Jefferson postal card uses characters from the comics page of the Buffalo Courier-Express (Buffalo, N.Y.) to say happy birthday to a young reader in 1934. 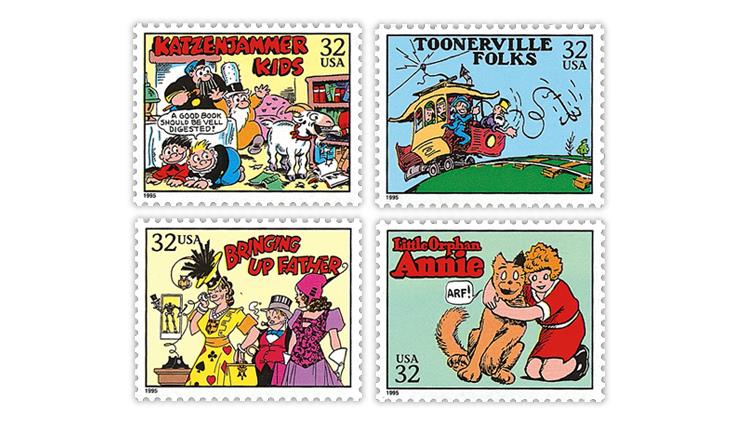 Figure 2. These four stamps from the Comic Strip Classics pane of 20 issued in 1995 honor Katzenjammer Kids, Toonerville Folks, Bringing Up Father and Little Orphan Annie. Characters from these comic strips are also seen in the assemblage on the Figure 1 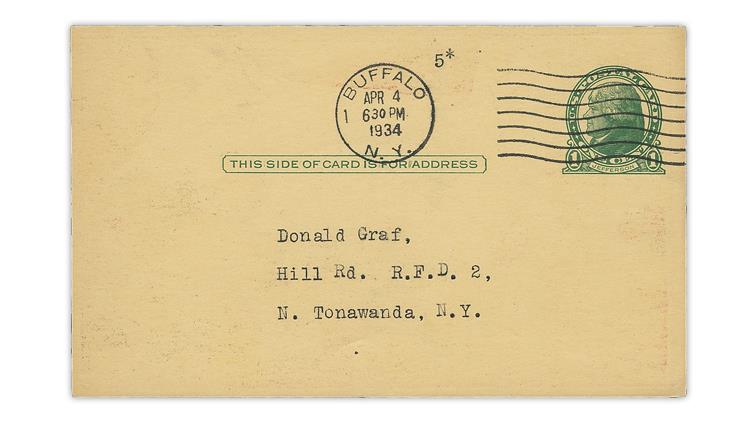 Figure 3. The illustration shown in Figure 1 is on the reverse of this 1¢ green Jefferson postal card canceled April 4, 1934, in Buffalo, N.Y.
Previous
Next

As I am always on the lookout for interesting items to put on extra pages in my album, the illustration on the postal card in Figure 1 jumped out when I saw it at a dealer’s table at a local bourse.

Look at the illustration carefully and you will see characters who also are pictured on some of the 32¢ stamps in the Comic Strip Classics pane issued by the United States Postal Service in 1995 (Scott 3000).

The comic strips featured on four of the 20 stamps on the pane are represented on the card’s illustration. Shown in Figure 2, these stamps honor Katzenjammer Kids, which started in 1897 according to information printed on the back of the stamp; Toonerville Folks, published from 1910 through 1955; Bringing Up Father, which ran from 1913 to 2000; and Little Orphan Annie, which debuted in 1924.

The illustration is on the reverse of the 1¢ green Jefferson postal card shown in Figure 3. The card was canceled April 4, 1934, in Buffalo, N.Y.

The Courier-Express was a morning newspaper founded in 1926 and published until 1982. This wonderful postal card shows that it tried hard to connect to its readers, in this case using characters from the syndicated cartoons that it ran.

Mail to Czechoslovakia rejected because of stamps