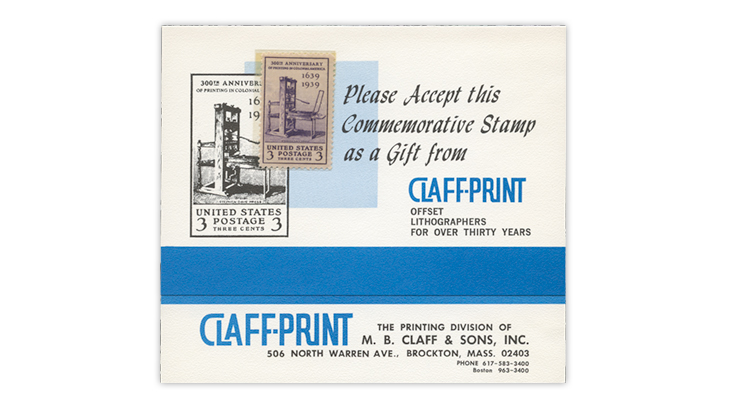 Figure 1. Using an old stamp with a modern advertisement can be an inexpensive way to encourage attention to the pitch. This ad, likely from around 1970, includes a 3¢ stamp from 1939. 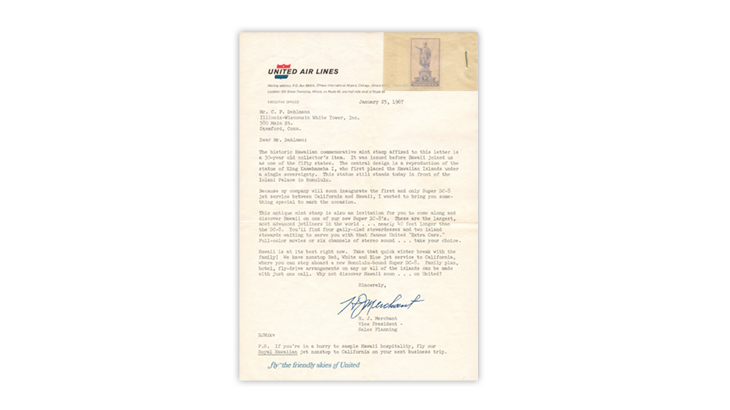 Figure 2. This United Air Lines letter from 1967 uses a 1937 stamp to promote its new Super DC-8 service from California to Hawaii.
Previous
Next

Using United States stamps to aid in ad campaigns has a long history, but most examples I have seen have been contemporary usages of current stamps.

For example, I have a pretty good collection of companies using first-day covers of the 1969 10¢ Moon Landing airmail stamp (Scott C76) to advertise their connections to the Apollo 11 project.

The card advertises Claff-Print, the printing division of M.B. Claff & Sons Inc. of Brockton, Mass. Shown on the front of the card is an image of the 1939 3¢ Printing Tercentenary stamp (Scott 857), plus an actual stamp is included in a mount “as a Gift from Claff-Print.”

Through a Google search, I discovered that M.B. Claff & Sons was incorporated in 1939; the same year the 3¢ Printing Tercentenary stamp was issued. The card notes that Claff-Print had been in business for more than 30 years, so assuming it was founded at the same time as the parent company, this advertisement is from around 1970, or possibly later.

Inside the card is information about the stamp and the company.

The section about the stamp reads: “The Stephen Day Commemorative Stamp was issued by the United States Post Office in 1939 on the 300th anniversary of printing in Colonial America.

“With this simple press, Stephen Daye and his son Matthew operated the first printing shop in the new world at Cambridge, Massachusetts. Eleven copies of their first book, The Bay Psalm Book, published in 1640 are still in existence.

“In contrast to today’s computer scheduled printing equipment, the Stephen Daye press of 1639 is the essence of simplicity in mechanical design. However, both the simple and the more sophisticated designs required the same basic input — craftsmanship.”

The stamp is certainly appropriate, and given that it still has a value of 25¢ in the 2019 Scott Specialized Catalogue of United States Stamps and Covers, it probably didn’t cost a lot to prepare and mail this ad.

The stamp also is an attention-getter, and that is the point: getting potential customers to focus on the content of the ad.

Another example of the same type is shown in Figure 2. Attached to a 1967 letter from United Air Lines is a 1937 3¢ Hawaiian Territorial commemorative (Scott 799). The letter promotes the inauguration of “the first and only Super DC-8 jet service between California and Hawaii.”

The letter begins: “The historic Hawaiian commemorative mint stamp affixed to this letter is a 30-year old collector’s item. It was issued before Hawaii joined us as one of the fifty states. The central design is a reproduction of the statue of King Kamehameha I, who first placed the Hawaiian Islands under a single sovereignty. This statue still stands today in front of the Iolani Palace in Honolulu.”

The letter also refers to the stamp as an antique. That may be gilding the lily a bit, but again, use of the stamp encourages the recipient to read the letter at a reasonable cost.

I know of other such campaigns, but none later than the Claff-Print ad.