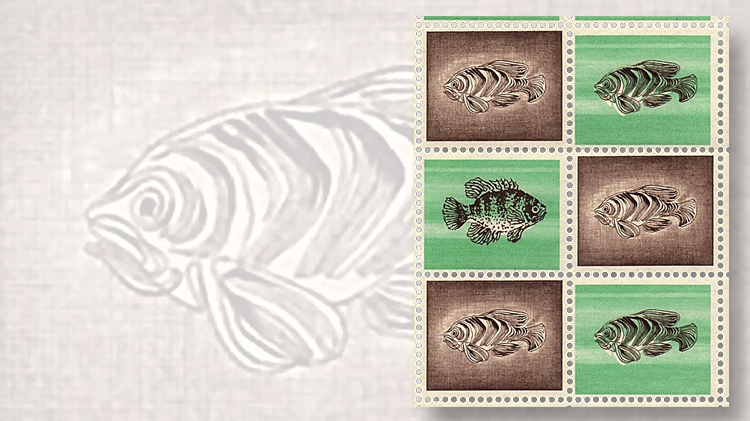 Perforated and stamplike, but with no denomination or country name, these items were printed by the Swiss postal administration in 1936 to test presses and papers. 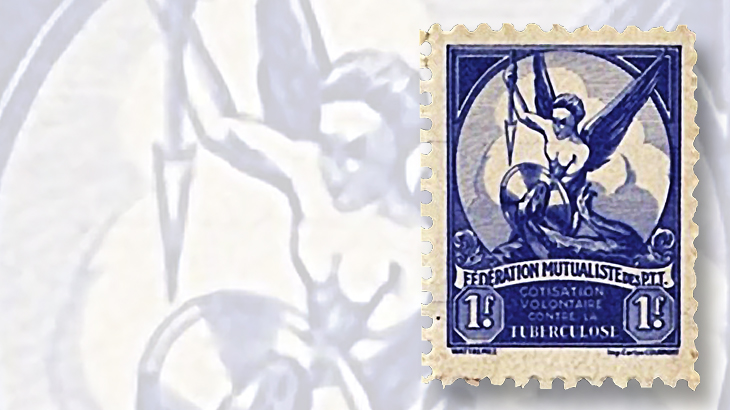 This stamplike item was sold in French post offices in 1927, but raised money to fight tuberculosis, not to pay postage. 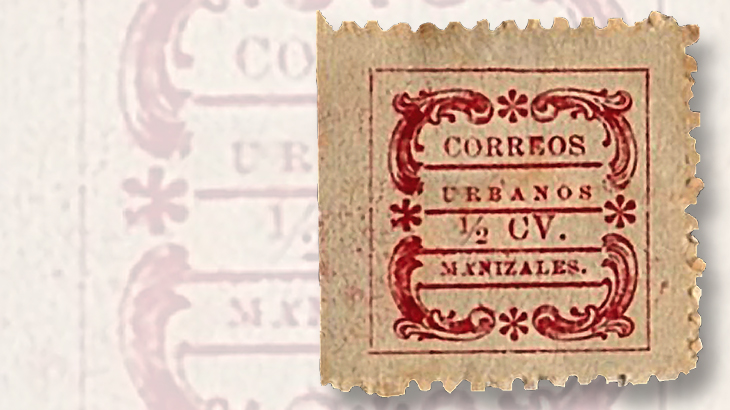 This rather primitive looking stamplike item turns out to be a true postage stamp, but one for a private local post in Manizales, Colombia, in 1909. 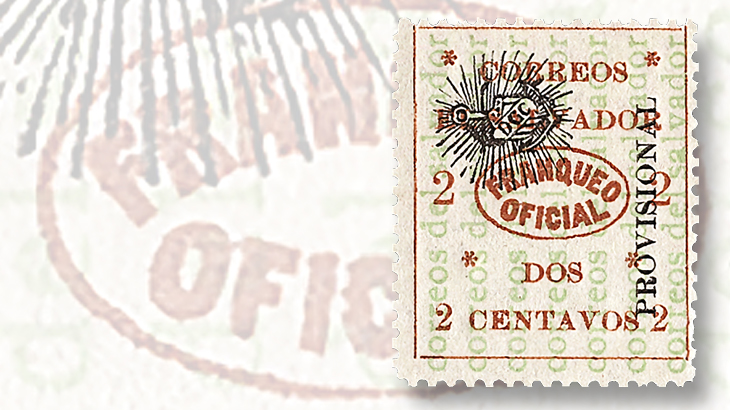 This is an Official stamp of El Salvador from 1899, identified by the marking at top left and the light green background printing on the design. 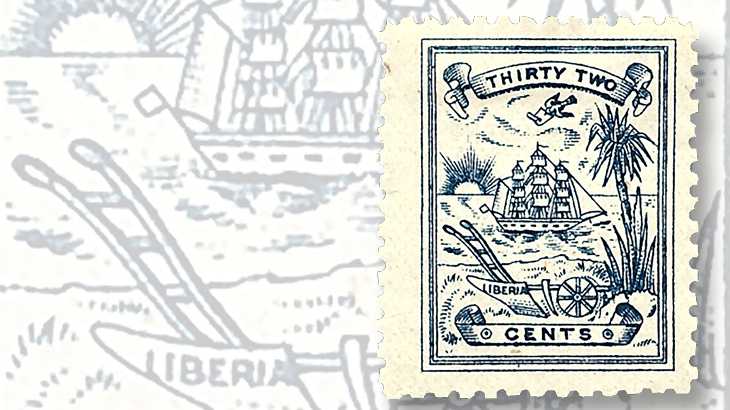 Good eyesight or a good magnifier reveals the country name of Liberia on the hand plow at the bottom of the design. The stamp was issued in 1885. 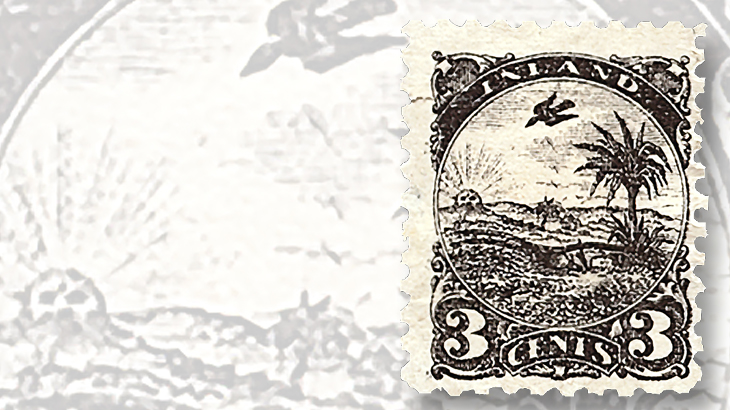 After some research in a stamp-identifier book, this 3¢ stamp was revealed as an 1881 issue of Liberia.
Previous
Next

We are used to collecting stamps that, well, look like stamps. They have an identifiable image on the front, perforations or die cuts around the edges, gum or adhesive on the back, the name of the country on the front, and the indication that all or part of the postage is paid by using the stamp.

Perhaps you purchased some stamps for your collection, and on closer examination, you notice one with some resemblance to a stamp, but not quite “the right look” of a postage stamp. You wonder what it is and where it came from, and it is worth finding out about what you have, before just tossing it in the trash bin. It might end up there after all, but then again you might have an interesting and even scarce postage stamp. It is certainly worth the time and effort to check.

The first illustration shows a little square bit of paper with a design that looks a bit like a Christmas wreath. The first line of type is the Spanish word “correos” (mail), followed by “urbanos” (an adjective, in plural form, for city or town). There is no country name, but below “urbanos” is Manizales. A quick search on the Internet identifies Manizales as a city in Colombia.

Next stop is looking up the stamps of Colombia in the Scott Standard Postage Stamp Catalogue, but this item is not listed. However, at the end of the listings for Antioquia (a former state of Colombia, listed in the Scott Standard catalog following all of the Colombia regular issues), three small images appear headed “Manizales Issue,” with the caption, “Stamps of these designs are local private post issues.”

So, this is indeed a postage stamp, but because it is a local post issue, it is not given a numbered listing in the Scott Standard catalog.

This little stamp was getting pretty interesting, but more information was needed. A thorough search on the Internet resulted in finding a two-page article about the Manizales Local Post, written by Alan Anyon and originally published in the Colombia-Panama Philatelic Study Group’s journal, Copacarta, August 1984, pages 12-13.

According to this article, the men who established the urban postal service in Manizales in 1909 were Jorge Posado Cano and Cesar Lopes. The service lasted only six months, and a total of 4,800 ½-centavo stamps were printed for it by the local newspaper El Renacimiento. The short time period and relatively low number printed indicates difficulty of acquisition; finding one of these on cover is likely to be pretty hard to do.

A 3¢ stamplike image in the second illustration depicts a rather rugged scene with a palm tree and a bird and possibly the sun rising or setting over the ocean. “Inland” is the only word on the stamp, in an arc across the top of the design. If it is indeed a postage stamp, where did it come from?

This is when a stamp-identifier source comes in handy. (The International Society of World Wide Stamp Collectors shares a good one on its website:“Inland 3-cents” turned up in my identifier book, among a long list of words that appear on stamps from around the world, and named Liberia as the issuing country. From there, it was easy to locate the stamp in the Scott Standard catalog as Scott 21, issued in 1881. The stamp design was based on Liberia’s coat of arms.

A dark blue bit of paper with an image of a ship and a palm tree has perforations, and “THIRTY TWO” and “CENTS” are printed above and below the design. But is it truly a postage stamp?

Some time and a magnifier led to the discovery of the name “Liberia” in tiny letters on the left side of the hand plow at the bottom of the design, just above the lower scroll containing the word “CENTS.” Who knows why the country name was more or less hidden? But the stamp is Liberia Scott 31, issued in 1885, and is another design based on the country’s coat of arms.

In the fourth illustration is a 2-centavo stamp, and it is kind of easy to figure out that it is an Official stamp because it says so. Official stamps or stationery are issued solely for the use of governmental departments and officials.

The country’s name at top left on this stamp is covered with a marking of a small shield and an anchor that includes the letters “DGC” and a spiky black overprint like fireworks. (“DGC” stands for Direccion General de Correos, the director of mails.) An overprinted “PROVISIONAL” along the right side has turned the stamp into an issue with a provisional, temporary purpose. The background of the stamp is printed in light green with repeating “correos del salvador.”

With so many clues, it was easy to find the stamp among the listings of Official stamps of El Salvador in the Scott Standard catalog as Scott O313, issued in 1914.

A perforated bit of paper pictured nearby, with a winged figure wielding a shield and a lance against a clawed reptilian creature, and a marking “1fr” (franc), sure appears to be a postage stamp, but the more one looks, the more one sees a request for a donation.

Below the image is a banner reading “Federation Mutualiste des P.T.T.” (“Mutual Federation with the P.T.T.” — French Post, Telegraph and Telephone), followed by four lines of wording: “Cotisation/ Volontaire/ Contre la/ Tuberculose” (voluntary subscription against tuberculosis). These stamplike stickers were sold in French post offices in December 1927, when many people were mailing holiday cards. The 1-franc “sticker price” was collected and returned to the TB organization.

If the tuberculosis “stamps” were put on an envelope, regular postage stamps had to be added to cover the postal fees. They were not mandatory, nor were they postage stamps, and so they are not listed in the Scott Standard catalog; their function was similar to that of U.S. Christmas seals.

The final illustration here certainly resembles a block of six perforated postage stamps, but where is the country name or denomination? Are they stamps, labels or something else? They are something else. To be precise, these are trial prints produced in 1936 by the Post, Telegraph and Telephone Printing Works of Switzerland to test presses and papers.

They are beautiful, but they are not postage stamps. But are they, like other stamplike items that are not stamps, worth collecting? Absolutely!