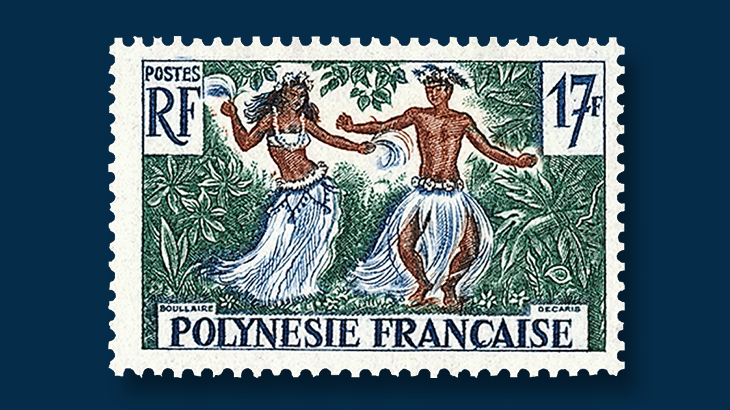 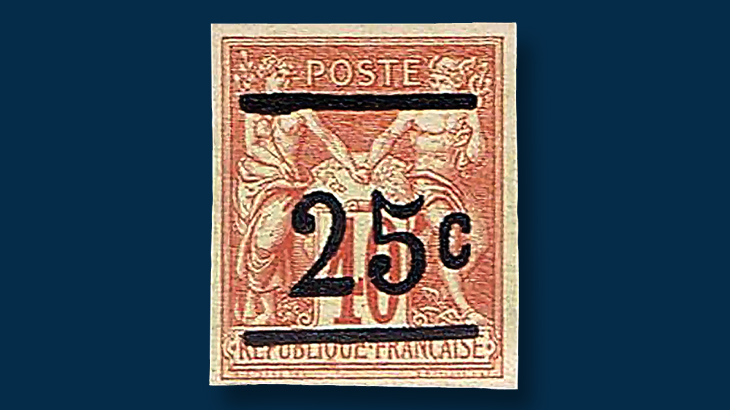 The first overprinted stamps of Tahiti do not include the island’s name. A 25-centime surcharge appears in black on French Colonies stamps.
Previous
Next

The April 9 issue of Linn’s Stamp News just landed on the presses and goes in the mail to subscribers Monday, March 26. And if you subscribe to Linn’s digital edition, you’re at the head of the line with early access Saturday, March 24. Here are three previews of exclusive content available only to subscribers.

Tahiti is located the South Pacific Ocean and today holds the designation of the largest island in French Polynesia. While the island only produced its own stamps for a short time, there are many other French Polynesia stamps that feature Tahiti as a subject. This article delves into the island’s history and looks at various types of stamps for Tahiti.

The first British stamp with a denomination higher than 2 pence was issued in 1847. To prevent counterfeiting of this 1-shilling high value, it was produced by a clever combination of colored printing and embossing. In 1856, Britain's embossed stamps were replaced by surface-printed (typographed) stamps, but the embossed designs remained, albeit altered, on postal stationery and other items. In this issue, we take a look at the embossed stamps and their intricacies.

Wayne L. Youngblood looks back at an 1862 cover with an eight-line poetic address from an era when postal clerks and carriers took pride in deciphering a challenging address, whether contrived or a result of those using English as a second language. This is just one example of the level of commitment from a period that is no more.

Lady Liberty on stamps: Inside Linn’s