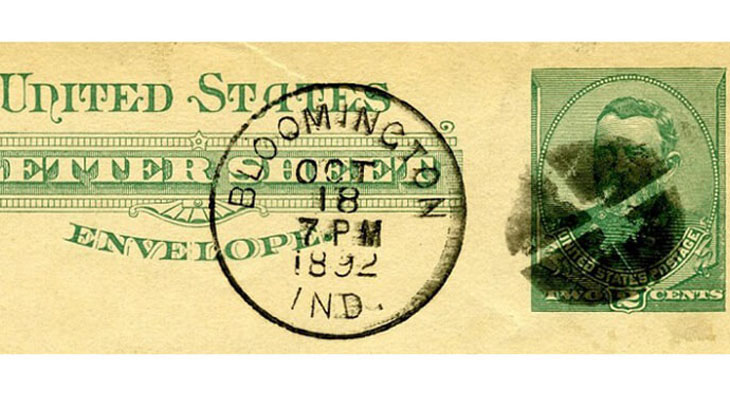 The Bloomington Stamp Club, which was founded during the second World War, is doing its part to keep the philatelic tradition alive.

For the past 20 years, current members of the Bloomington (Ind.) Stamp Club have been serious about their stamps.

Their predecessors date back a bit further.

The Indiana Daily Student reports that the group of stamp enthusiasts has roots that date back to World War II.

“President Mark Goodson’s interest is in postal history, so he collects covers — the trade name for envelopes — more than he collects stamps,” the Indiana Daily Student reports. “He said he’s learned about postal efficiency by reading the postmarks on envelopes from years gone by.”

Goodson, who enjoys and certainly appreciates the work his club is doing, does have one concern: “We don’t have any new blood,” Goodson told the paper. “People just don’t join things the way they used to.”

Read more about how the Bloomington Stamp Club is coping in the 21st century.

“Revelations of who purchased the world’s most famous stamp, the British Guiana 1856 1¢ Magenta, and the elusive United States upright $2 Jenny Invert pane were among the top stories in 2015 for stamp collecting.”

Read more about the stories that made waves this year.

3. USPS Board of Governors is down to one

A presidential candidate is making news in the stamp hobby.

“Thanks to objections from Sen. Bernie Sanders, I-Vt., the United States Postal Service’s board of governors has dropped to one member.”