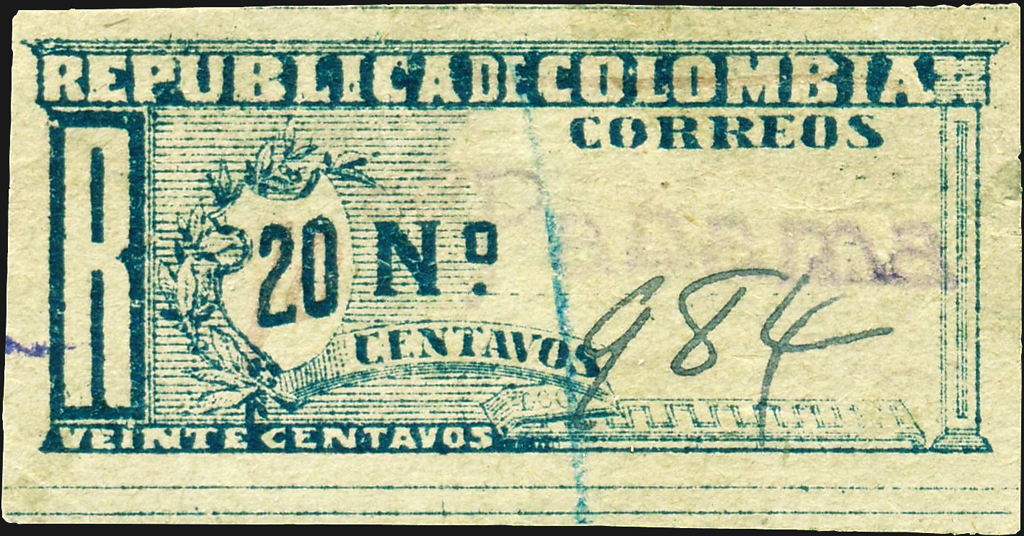 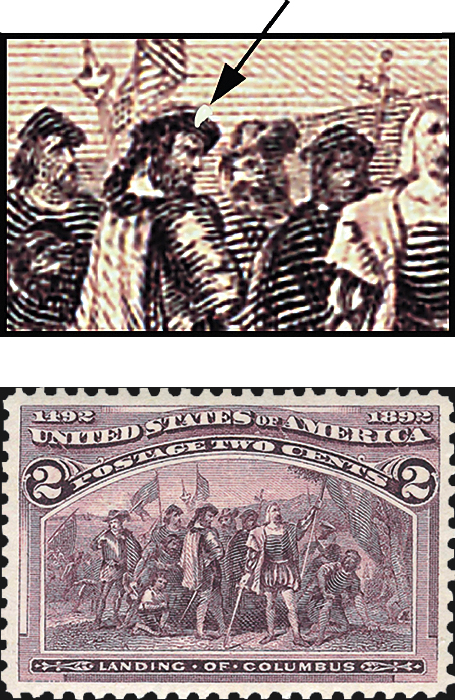 The United States broken hat variety of the 1893 2¢ brown Landing of Columbus stamp (Scott 231) is a good buy in mint never-hinged condition in the $100 to $150 price range. A used example is a good buy at the 2015 Scott Specialized Catalogue of United States Stamps and Covers value of $3.50.

United States — The broken hat variety of the 1893 2¢ brown Landing of Columbus stamp (Scott 231) was once listed in the Scott Specialized Catalogue of United States Stamps and Covers as 231c. In the 2015 Scott U.S. Specialized catalog, it is simply noted and valued without a number assigned.

The catalog notes: “There are a number of different versions of the broken hat variety, some of which may be progressive.”

The variety is seen as a gap in the brim of the hat on the third figure left of Columbus. We tipped this variety in the Stamp Market Tips column in the July 16, 2007, Linn’s. It is time to tip it again.

We think the stamp in mint never-hinged condition would be a good buy in the $100 to $125 price range.

Used examples are worth $3.50, if you collect in that condition. Try looking through lots and collections for them. For many years, they were valued at just 50¢, so many collectors and dealers did not bother to search for them.

Tip of the week
Panama — Panama, the southernmost country on the North American continent, occupies the isthmus that connects North and South America. Formerly a department of Colombia, it gained its independence in 1903, largely as a result of the American ambition to build the Panama Canal.

Panama issued registration stamps both as a department of Colombia and as an independent republic.

In 1903, the newly independent Republic of Panama overprinted “Panama” on a Colombian 20-centavo blue registration stamp and gave it a manuscript surcharge to 10c (Scott F26).

The 2015 Scott Classic Catalogue of Stamps and Covers 1840-1940 values the stamp in used condition at $50. After some competitive bidding in a recent online auction, one sold for nearly $90.

This stamp is scare and rarely offered. It is obviously worth more than catalog value, if you can find it. — H.G. & R.M.