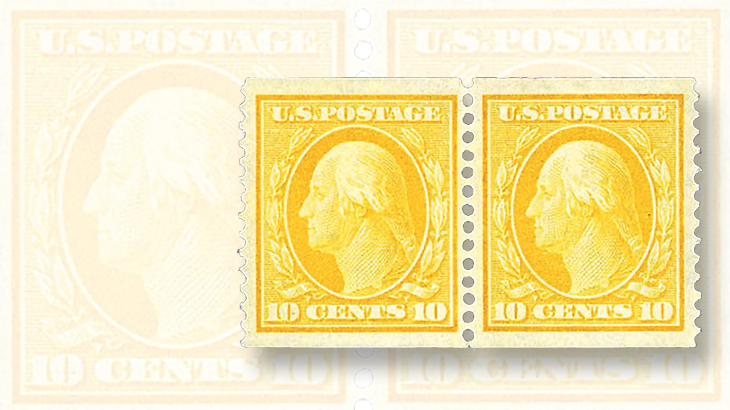 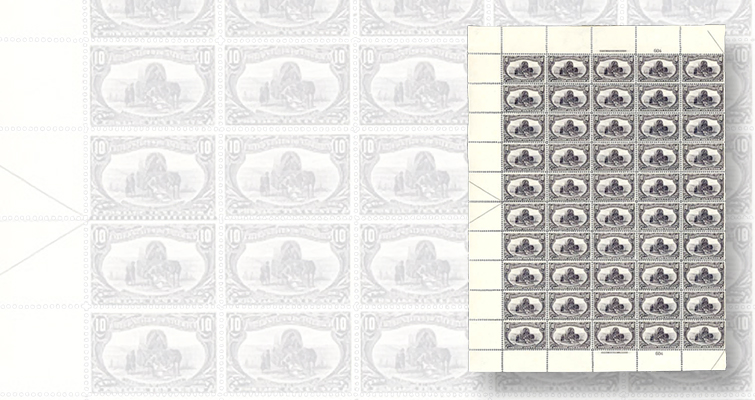 A full sheet of the 10¢ Hardships of Emigration Trans-Mississippi stamp, the finest of three surviving sheets, sold for $18,400 at Schuyler Rumsey’s auction at the Westpex stamp show. 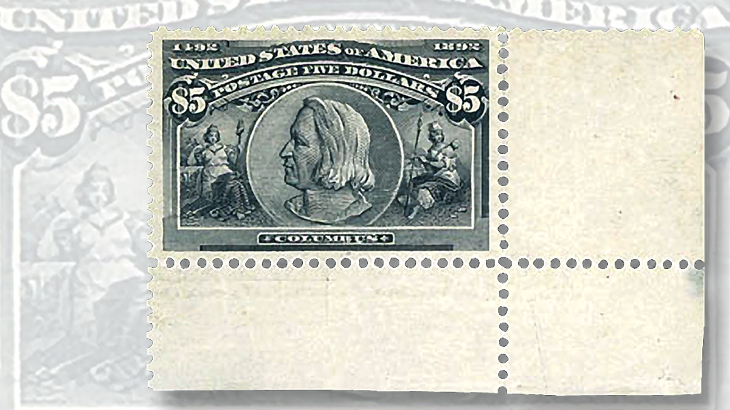 Schuyler Rumsey’s auction held in conjunction with the Westpex stamp show in San Francisco included a corner-margin $5 Columbian stamp graded superb-98. It sold for $18,400.
Previous
Next

Schuyler Rumsey held an auction in conjunction with the Westpex stamp show in San Francisco from April 29 to May 1.

One eye-catching item was a corner-margin example of the $5 Columbian stamp of 1893 (Scott 245). Lightly hinged and extremely well centered, its grading of superb-98 places it at the top of its type. It went for $18,400, including the Rumsey firm’s 15 percent buyer’s premium.

A full sheet of the 10¢ Hardships of Emigration stamp (Scott 290, also known as “the Dead Horse” on account of its vignette) from the 1898 Trans-Mississippi series was described as the finest of three surviving sheets.

Showing margin imprints and the plate number 604 at top and bottom, the sheet is largely never-hinged except for some slivers of hinges reinforcing split perforations near the edges. It sold for $18,400.