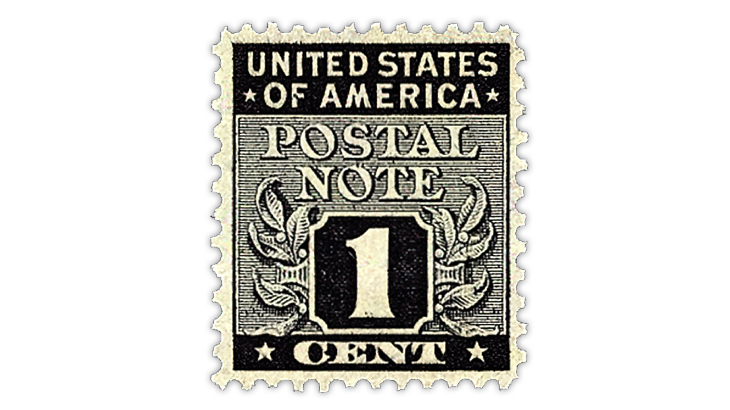 A complete set of United States postal note stamps (Scott PN1-PN18) is a good buy in mint never-hinged condition at $40 to $45. Plate number blocks of four are a good buy at six to eight times the value of a single stamp.

Issued in 18 denominations ranging from 1¢ to 90¢, they are listed in the Scott Specialized Catalogue of United States Stamps and Covers with numbers prefixed by the letters “PN.”

The catalog describes them thusly: “Postal note stamps were issued to supplement the regular money order service. They were a means of sending amounts under $1. One or two postal note stamps totaling 1¢ to 99¢ were affixed to United States Postal Note cards that came in $0 to $10 denominations, and they were canceled by the clerk. The stamps were on the second of three parts, the one retained by the post office redeeming the Postal Note. They were discontinued March 31, 1951.”