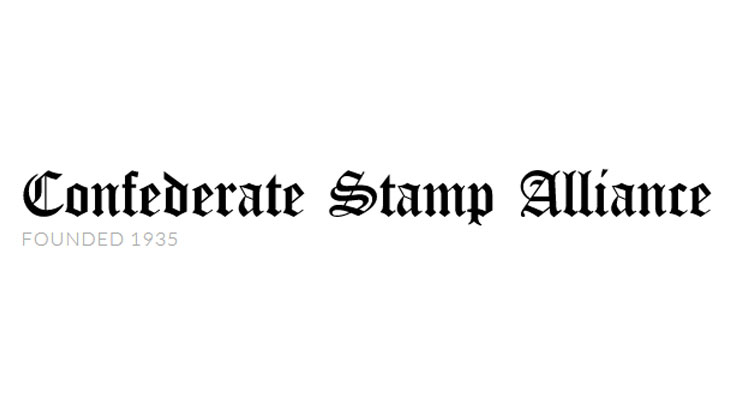 The 85-year-old Confederate Stamp Alliance voted to change its name to the Civil War Philatelic Society.

The 85-year-old Confederate Stamp Alliance voted to change its name to the Civil War Philatelic Society, removing the word Confederate from its name because it “equates to pro-slavery and racism to most citizens.”

The vote, 310 to 55, occurred Nov. 21 in a virtual meeting open only to members of the Confederate Stamp Alliance.

Well before the meeting, the eight-member board of trustees unanimously laid out the arguments for the name change in a letter to the membership.

“We are stamp and postal history collectors of a period that represents the darkest side of our nation’s history,” the board said, warning the organization “is caught up in the social changes that are sweeping our country.”

Because of the word “Confederate” in the name, hotels are refusing to accept Confederate Stamp Alliance meetings, members are leaving and potential members are turning away, plus some stamp dealers are shunning the alliance and its publication, the board of trustees said.

“This also has a negative financial impact on the value of our own personal collections, something that likely will worsen over time if we choose inaction,” the board said.

Confederate Stamp Alliance president Larry Baum said in the organization’s quarterly journal, the Confederate Philatelist, that he had been a longtime opponent of name change.

“But times have changed and I believe we must, as well,” he said.

Wayne L. Youngblood, editor of the Confederate Philatelist, noted that the Confederate Stamp Alliance has been debating its name since 2015 but said the issue has intensified.

“It is not a ‘wait till it blows over’ situation,” he said in a column in the journal.

“In fact several of our advertisers — those who significantly support us financially — feel strongly enough about this issue that they will cease all support of this organization if the measure does not pass,” he said.

“Whatever you feel about the Confederacy has been overtaken by the toxic associations with the word,” Youngblood said.

“We are a ‘non-sectional’ and ‘non-political’ organization devoted to the study of stamps and postal history. That’s it.”

The journal will be renamed the Civil War Philatelist.

The board argued in its letter that the name change was essential “for the preservation of Confederate philately.”

“As much as some may not like this decision, this name change eliminates the stigma attached to the word Confederate but retains our association with philately of that period,” the board said.

The letter said that if the Confederate name remained “we are destined to shrink into a much smaller organization, surviving in name only.”

It will be “an organization that can no longer afford to project itself through a quality quarterly journal and a website and likely will find itself shunned by the philatelic world and the public at large.”