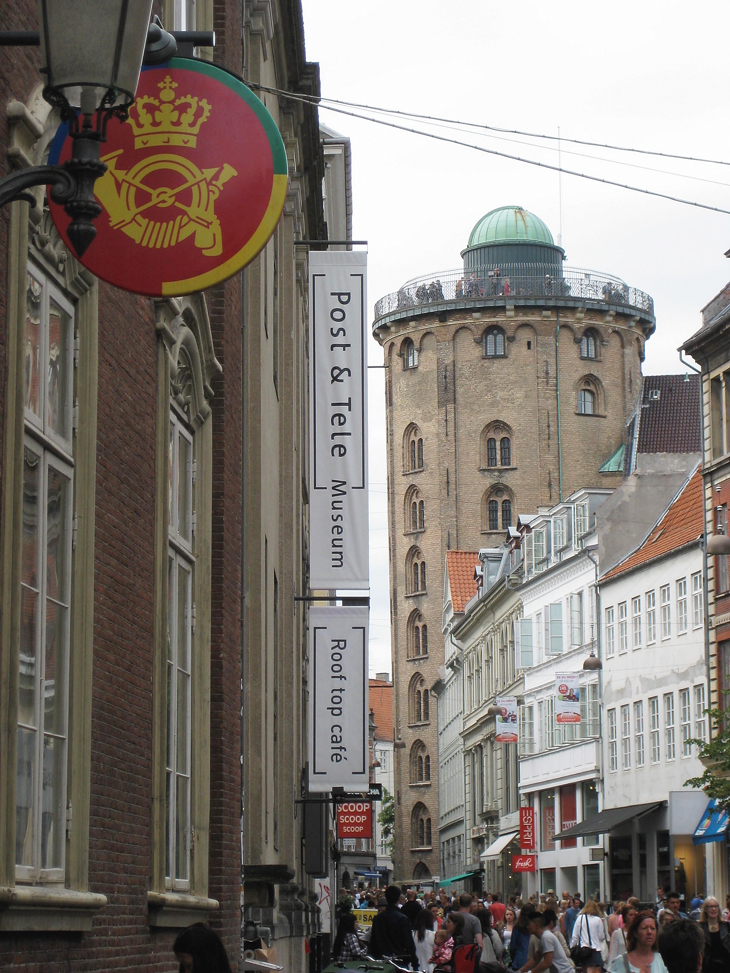 The historic building in central Copenhagen housing Denmark’s oldest post office and its postal museum (at left) has been sold and the structure is being renovated for a new business use. The museum will open in a new location in 2016. The 17th-century Round Tower can be seen at right. 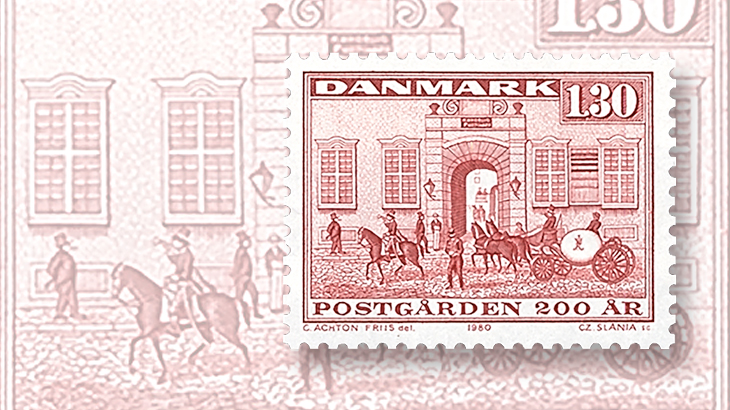 The post office building has appeared on multiple stamps from Denmark, including this well-known 1.30-kroner stamp issued in 1980 to celebrate the building's 200th anniversary.
Previous
Next

The historic postal building in Copenhagen, Denmark, which until this year housed the country’s oldest post office and its popular Post and Tele Museum, has been sold and is being converted into a complex of shops and offices.

PostNord AB, the company that has managed Post Denmark since its 2009 merger with Sweden Post, sold the former Moinichen Mansion on Kobmagergade in Central Copenhagen to a pension firm for 400 million kroner (roughly $60 million) at the end of 2014.

The city’s main postal operations were established there in March 1780. On the 200th anniversary in 1980, a 1.30kr stamp showed the structure in a historical setting (Scott 662).

The building is adjacent to the city’s busy Stroget pedestrian shopping district and just steps away from the historic Rundetaarn or Round Tower built by King Christian IV in 1642.

PostNord stated that only one-third of the floor space in the building was being used by the post office and the postal museum.

“The divestment will improve PostNord’s capital efficiency and finance future investments,” the organization stated in a press release.

The permanent exhibits of the postal museum were closed in June, senior curator Erik Jensen told Linn’s Stamp News. The museum expects to reopen in October 2016 in its new Copenhagen location at Oster Alle 1. The site, about 2.7 kilometers (1.7 miles) from the previous location at Kobmagergade, is the large Osterbro post office constructed in 1920.