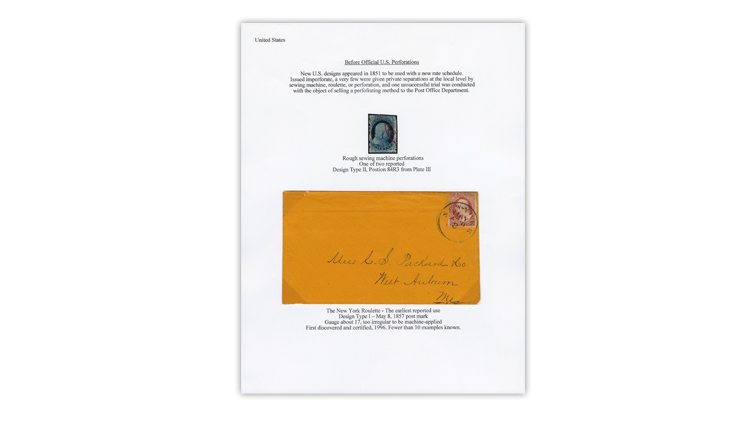 Figure 1. Creating an effective exhibit page is an art form that can be learned. This page is from the author’s exhibit on how perforating was implemented in the United States and Great Britain. It has a stamp and cover mounted on it. 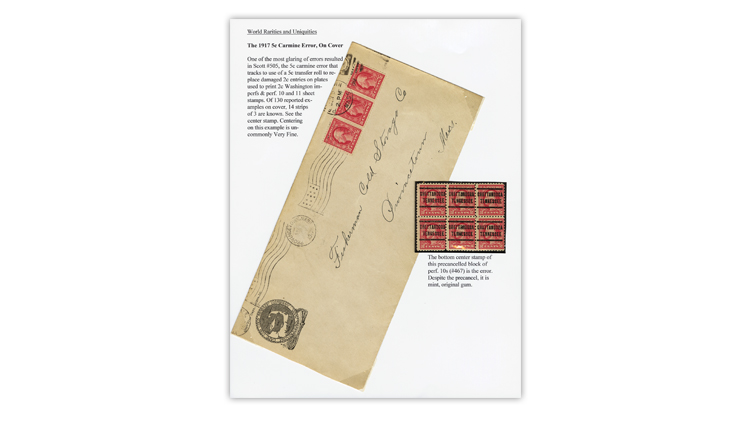 Figure 2. Mixing stamps and covers on an exhibit page is not difficult. It is sometimes the only way to group similar material.
Previous
Next

I am a confirmed stamp show exhibitor. Starting down that road was one of the best philatelic decisions I ever made. Why? There are several reasons.

First, deciding to exhibit made me organize and learn more about the areas of my collection that I found most interesting. In doing that, I learned what I had and what I was missing to tell a compelling story.

In pursuing the story, I learned to identify scarce varieties that dealers paid no attention to, especially in the area of the United States Washington-Franklin series of 1908-22.

That focus got me into cover collecting. After all, what is the purpose of stamps if not to be used to move the mail?

Second, I am no one’s idea of an artist, but I found that arranging stamps and covers on an exhibit page together with the needed write-ups was deeply satisfying. There is something about a pleasing exhibit page that has artistic appeal.

And then to see my creation up in exhibit frames told me I could actually do a finished product. Examples of two of my exhibit pages are shown in Figures 1 and 2.

If pride goes before a fall, I am in some danger because that is what I feel when I see other people looking at, even studying, my exhibits.

The competitive part of exhibiting was a distant third factor for me. I’m as competitive as the next guy. After all, this is a characteristic built into human beings. But I knew I didn’t have the money to go all-in with expensive material needed to win the big awards. My four children took care of that.

But I could start that journey, trusting that increasing knowledge and careful selection of what I could afford would bring its rewards.

So, I put up my first exhibit in 1977 with the idea that it would grow and improve. I listened to the advice of judges, learned to tell the difference between suggestions and changes that were essential, and sought the stamps and covers that could help the exhibit.

It took eight years for the exhibit to receive its first gold medal at a national-level show. There were moments of frustration, but I had a great time getting there.

A side benefit was getting to know judges and other exhibitors supportive of my efforts and willing to help with critique, information and leads to new material.

Eventually, I was part of a group led by Randy Neil that formed what might be termed an exhibitor’s support group: the American Association of Philatelic Exhibitors, now 33 years old.

The AAPE has made it much easier to start down the exhibitor’s path and to succeed. And the advent of the computer to prepare exhibit pages has made the creative part much easier.

My first exhibits were done for local club shows, but after learning the basics, I quickly graduated to regional and then national shows. It’s a good way to get your feet wet, and judges reward effort at local and regional levels, with more emphasis on accomplishment at the national level.

The impulse to exhibit came from my visit to Interphil in 1976. This was the once-every-decade international show held in the United States; that year it was in Philadelphia.

The 10-day show was a big deal, and I spent two days walking up and down the exhibit aisles being dazzled by the fabulous stamps and covers on display, but also by the clever ways of presenting them. I came away from that show saying to myself, “I can do this,” though at a considerably less impressive level.

The hardest part was getting past all the reasons I could think of why I shouldn’t exhibit: I don’t have great stamps or covers. I can’t compete with collectors who have been doing this for years. I don’t have enough knowledge. I don’t know anyone who can serve as a mentor, and more.

But, as with many other things in life, listening to negatives can be deadly. While it was true that I had a lot to learn, I realized that I would never learn if I did not begin.

If you are interested in exhibiting, the AAPE can ease the way. Its membership of more than 800 includes exhibitors from beginners to experienced; people involved in show administration; and philatelic judges, who must continue to be active exhibitors in order to maintain their accreditation as a judge.

The AAPE publishes a 48-page color quarterly journal, The Philatelic Exhibitor, with articles to help prepare exhibits. The organization also sponsors awards for beginning exhibitors, for excellence in presentation, for creativity, and for creating multiple exhibits. It provides mentors if one is wanted, gives free detailed critiques to exhibits in process, and publishes a pamphlet titled Getting Started in Philatelic Exhibiting. The pamphlet, which I wrote, can be found online.

I recommend exhibiting and the AAPE. They can open up new worlds of interest, challenge and accomplishment.