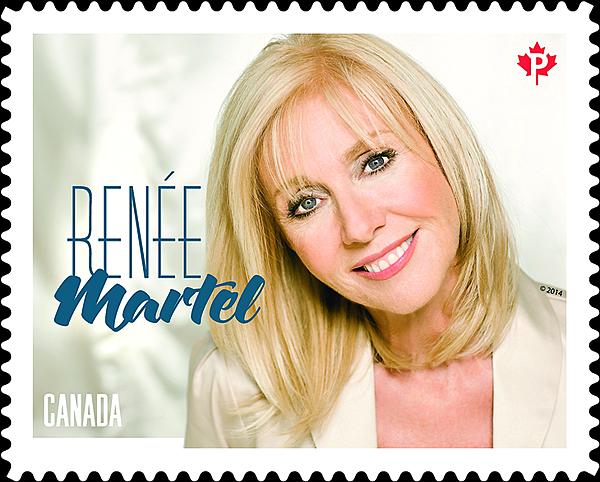 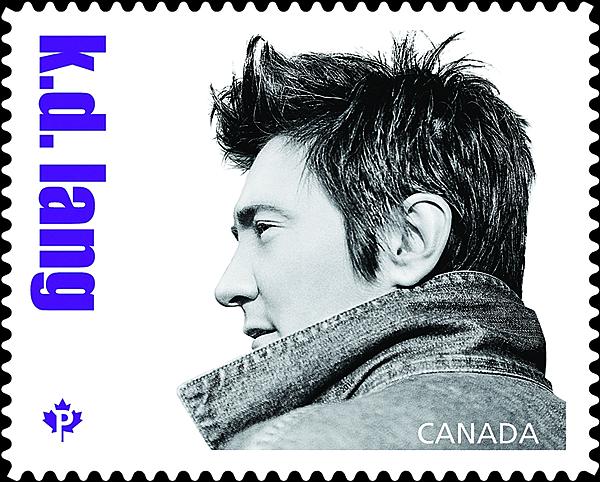 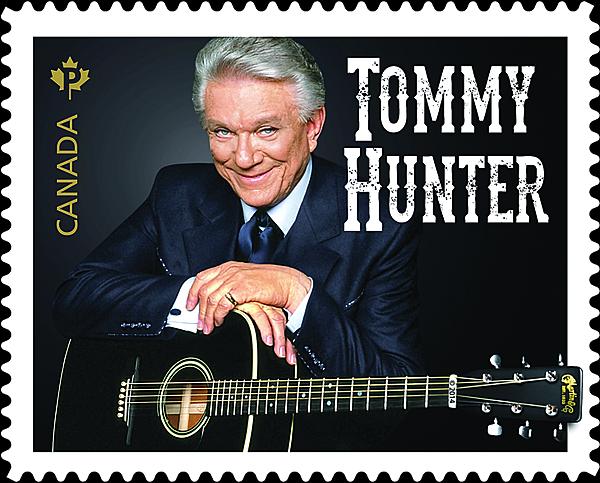 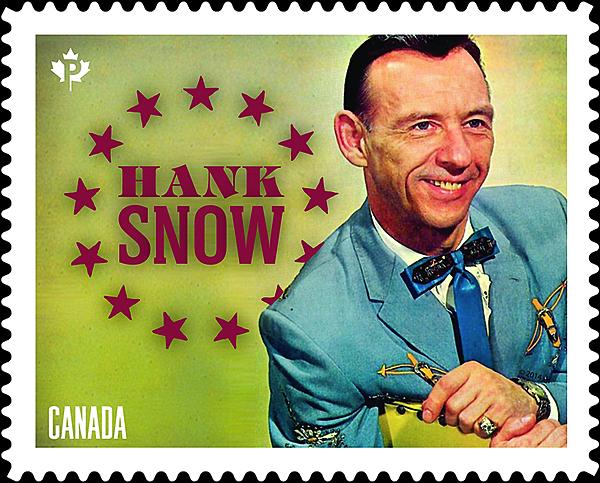 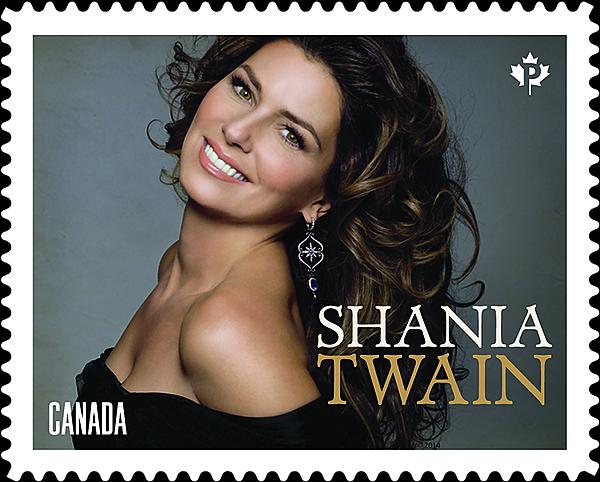 Shania Twain was born Eileen Regina Edwards in Windsor, Ontario, on Aug. 28, 1965. Her fame began with the release of her debut album, Shania Twain, in 1993, and her 1997 album Come On Over became the best-selling country album of all time. She was inducted into the Canadian Music Hall of Fame in 2011, and recently has been headlining a two-year residency at Caesars Palace in Las Vegas.

Tommy Hunter debuted on the radio at age 16 in 1952, and went on to enjoy an impressive 27-year run of his popular country music television program, The Tommy Hunter Show.

Her 1984 independent label studio album A Truly Western Experience led to k.d. lang’s 1987 debut with Warner Bros., Angel With a Lariat, and a fast-growing and devoted following. Born Kathryn Dawn Lang in 1961, the multiple Grammy award winner blends elements of country, pop and rock in her music. Called “the best singer of her generation” by Tony Bennett, lang was inducted into the Canadian Music Hall of Fame in 2013.

The stamps were designed by Sabrina McAllister and Xerxes Irani, who worked on the Martel, Twain and Snow stamps, and Roy White of Subplot, who designed the Hunter and lang stamps.

The designs for each stamp are described by Canada Post as “individually designed to capture the musical style of each of the artists.”

Canada Post stated that each of the images on stamps were personally approved by those depicted. For the Snow stamp, his son Jimmy approved the design.

Each of the individual official first-day covers for the set will be postmarked in the artist’s hometown: 17,000 for Twain in Timmins, Ontario; 14,000 for Hunter in London, Ontario; 14,000 for Snow in Brooklyn, Nova Scotia; 14,000 for lang in Edmonton, Alberta; and 11,500 for Martel in Drummondville, Quebec.

A total of 4 million Twain stamps were produced, 3 million lang, 2.5 million each of Hunter and Snow, and 2 million Martel stamps.

The souvenir sheet of five stamps had a production quantity of 250,000.

The name of the stamp printer and specific item numbers for all of the Canadian Country Artists products were unavailable from Canada Post.