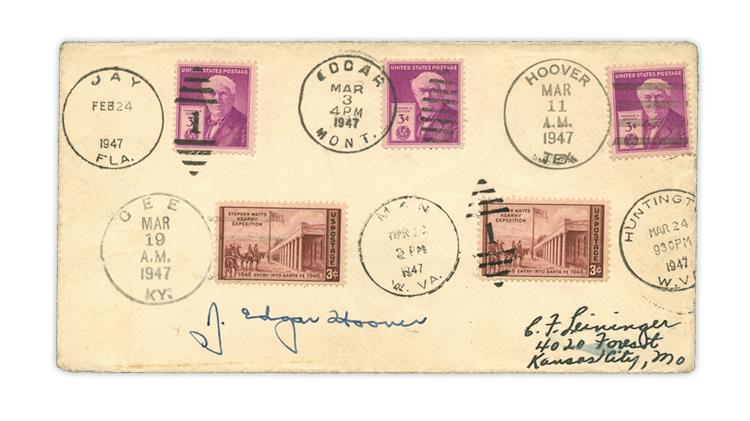 Figure 1. Likely one of the few, if not only, philatelic remembrances that FBI director J. Edgar Hoover has received is this autographed 1947 cover that spells out his name and status through the use of postmarks. C.F. Leininger of Kansas City, Mo., creat 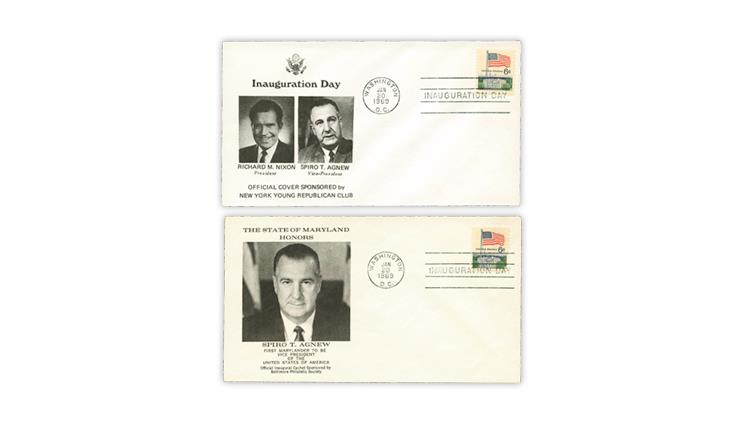 Figure 2. These two covers mark the 1969 inauguration of Richard Nixon and Spiro Agnew as president and vice president, respectively. Both were eventually forced to resign as a result of personal misdeeds, Agnew in 1973 and Nixon in 1974. 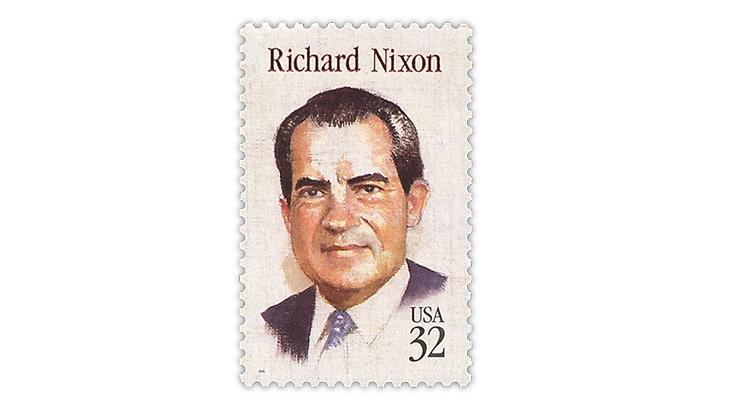 Figure 3. It has been a tradition since the middle of the 20th century that former United States presidents are remembered on a postage stamp a year after their death. The 32¢ Richard Nixon stamp was issued April 25, 1995. 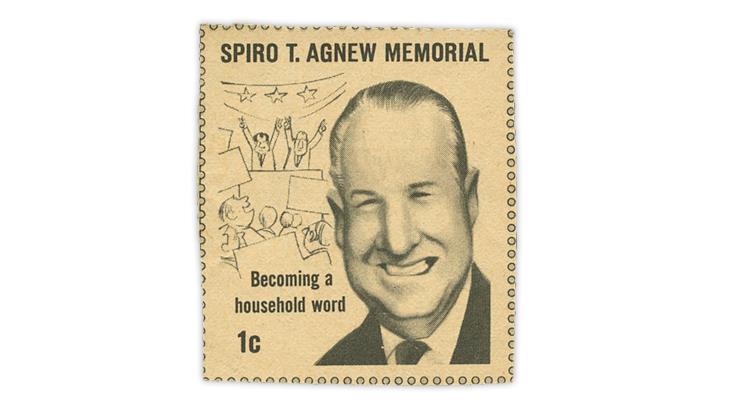 Figure 4. While it is extremely unlikely that former Vice President Spiro Agnew will ever be honored on a United States stamp, some cartoonist created this “memorial” design, likely after Agnew’s death in 1996.
Previous
Next

Covers sometimes serve as philatelic memories of well-known people who probably will never be honored on United States stamps.

For example, in this column, covers related to J. Edgar Hoover and Spiro Agnew are featured.

On the plus side of the ledger, he built the FBI into the best-known, most powerful law enforcement agency in the United States, stressing professionalism and scientific crime fighting.

He was keenly aware of the value of public relations and put a good deal of effort into building the FBI image, such that it was widely seen as the premier law enforcement agency in the world. Being an FBI agent was and remains a badge of honor.

Unfortunately, in his later years and after his death, it became clear that Hoover had been guilty of abuses of power and the directing of activities that exceeded the bureau’s charter. That is why I believe, that despite his accomplishments and prominence, he has never been honored with a U.S. postage stamp and never will be.

Admiration takes many forms, and there is a philatelic memorial of Hoover thanks to C.F. Leininger of Kansas City, Mo., who created the cover shown in Figure 1 using cancellations from around the nation to spell out “Jay Edgar Hoover Gee Man.” Actually, Hoover’s first name was John, but perhaps there was no such town name in the United States or perhaps Leininger preferred to spell out the “J” initial.

I’m unable to explain why there is a Huntington, W.Va., postmark on the cover. Perhaps the cover transited Huntington on its way back to Leininger after the cancel from the town Man had been added.

After Leininger created this cover, he sent it to Hoover and asked for his autograph on the cover. The cover came to me with a 1947 letter to Leininger from Hoover acknowledging the request and returning the signed cover.

Figure 2 shows two souvenir covers of the inauguration. One cover was sponsored by the New York Young Republicans Club and the other by the Baltimore Philatelic Society.

Agnew had previously served as governor of Maryland (1967-69), and as county executive for Baltimore County (1962-66). He became a footnote to history when he resigned as U.S. vice president on Oct. 10, 1973, after the U.S. attorney for the District of Maryland determined that there was cause for indictment for criminal conspiracy, specifically bribery, extortion and tax fraud.

He was accused of taking kickbacks from contractors during his time as Baltimore County executive and Maryland governor and that payments had continued into his time as vice president.

According to Wikipedia, “After months of maintaining his innocence, Agnew pleaded no contest to a single felony charge of tax evasion and resigned from office.”

Agnew’s fall from grace would likely be better remembered today, except that Nixon followed him into political exile in 1974 the result of the Watergate scandal.

Nixon was given the standard treatment accorded to all U.S. presidents from Franklin Roosevelt to date, and a 32¢ stamp was issued April 26, 1995, approximately a year after his death in 1994. Figure 3 shows this 32¢ stamp (Scott 2955).

Agnew’s death in 1996 received no postal recognition. But someone did produce a cartoonlike image of one, shown here in Figure 4. It is titled “Spiro T. Agnew Memorial” and shows his smiling face and a line drawing of a nominating convention with the text “Becoming a household word.” Completing the image is a denomination of “1c” in the lower left and simulated perforations around the design.

I don’t know the exact date of this faux stamp or in what publication it was illustrated.

No one to my knowledge has proposed a U.S. stamp issue honoring all U.S. vice presidents. I’m certain that Agnew would not be the only one who would be raised as a reason not to do it. His philatelic high point will forever be his appearance on 1969 Inauguration Day covers.