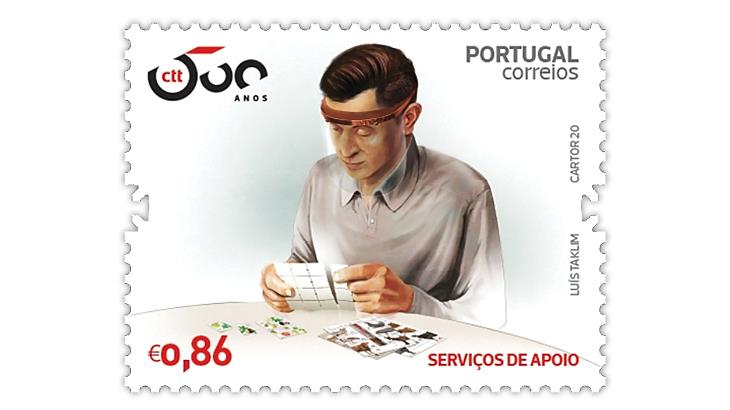 Portugal’s 500 Years of the Postal Service in Portugal stamp issue in October honored its employees during the COVID-19 pandemic. One stamp shows a postal employee wearing a face shield while working with stamps. 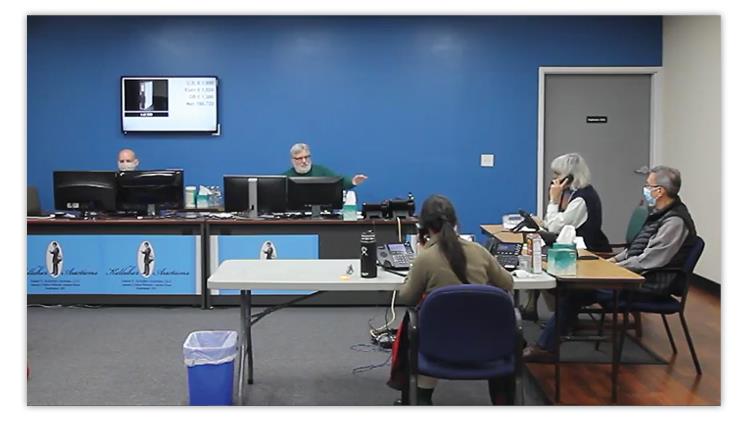 Daniel F. Kelleher Auctions recently sold a dealer’s lot of Mongolia stamps of 1951-2005 for many multiples of its estimate. Other auction houses have noticed similar results for large collections this year. Video screen capture courtesy of Daniel F. Kell
Previous
Next

As 2020 comes to a close, we pause to take a look at some of the major stories that made headlines throughout the year. The COVID-19 global pandemic dominated headlines and affected so many different facets of the stamp world and beyond.

Shipping disruptions were one of the early noticeable impacts with flight cancellations around the world. The United States Postal Service has emailed 113 international mail service updates related to COVID-19 since March 16.

Among the events in other countries, the Royal Philatelic Society of London held a “Gems of Asian Philately” exhibit Feb. 29. (Originally planned for Hong Kong it was moved to the United Kingdom.)

Stamp clubs and societies quickly adapted to technology, with many of them holding digital meetings via online platforms such as Zoom and GoToMeeting.

New stamps related to COVID-19 also started in March. Iran was the first, and since then numerous postal administrations have issued stamps reflecting some aspect of the pandemic. Austria’s stamp printed on toilet paper probably received the most attention in the general media. That stamp was issued Oct. 30 in a souvenir sheet of one.

June also brought an abrupt end to the U.S. personalized postage stamp program after 15 years of operation. The Postal Regulatory Commission cited risks to the Postal Service’s brand and decreased revenues for shutting it down.

With many stay-at-home orders in place in 2020, many collectors turned to the internet and stamp auctions to add items to their collections.

Multiple auction houses reported to Linn’s higher results throughout the year, Online auction websites such as eBay, Hipstamp and Delcampe all saw increases in listings and sales, too.

Some notable items were sold in 2020, including Robert A. Siegel Auction Galleries’ sale of William H. Gross’s Rush cover to France, which brought $612,000, and H.R. Harmer’s sale of the unique Lockport provisional stamp, which brought $118,000.

This year, large collection lots seem to be greatly exceeding expectations. For example, in an early December sale conducted by Daniel F. Kelleher Auctions, a holding of Mongolia 1951-2005 stamps soared past an estimate of $2,000 to $2,500 and closed at $96,000. Other Mongolia lots in the same sale had similar results.

David Coogle, Kelleher co-chairman, attributed the high results to the Mongolia market being “underserviced.” He said material is scarce and demand is high, adding that Mongolia “may be the new China.”

Iceland brought its stamp program to a close in October. The country will continue to sell and use postage stamps but does not intend to print any new issues.

Lastly, it was a light year for new stamp errors turning up, but a few interesting ones did — one 100 years after it was issued, a foldover color-missing George Washington stamp (Scott 527). More recent errors include 2017 Flag stamps with horizontal die-cut slits omitted (5158), and no-die-cut coil rolls of the 2019 Flag stamp (5343).