Creases in stamp paper on early and modern stamps 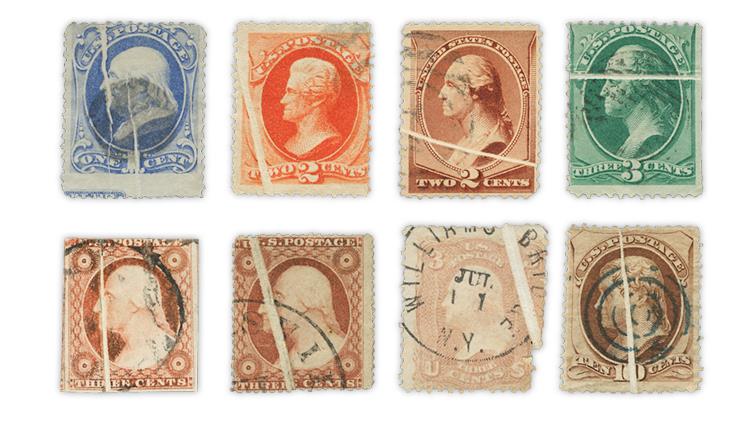 Figure 1. These eight early United States stamps have one thing in common: Each has a preprinting paper crease that was closed when printing took place. 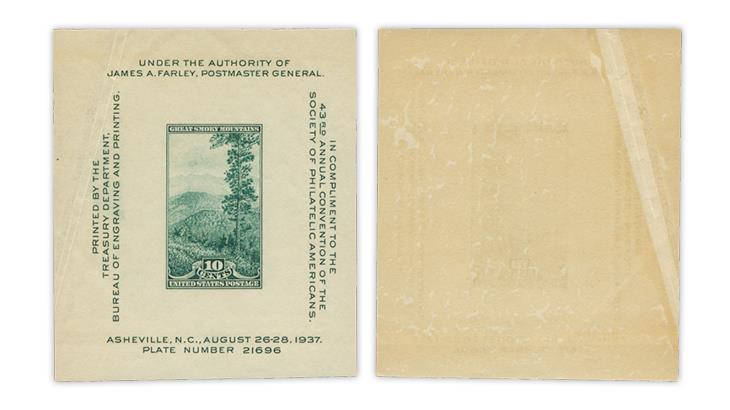 Figure 2. On this 1937 10¢ National Parks souvenir sheet, the printing on the front is normal, but a prominent crease is visible on the back. This crease occurred in the paper after printing and before gumming, leaving an ungummed diagonal line. 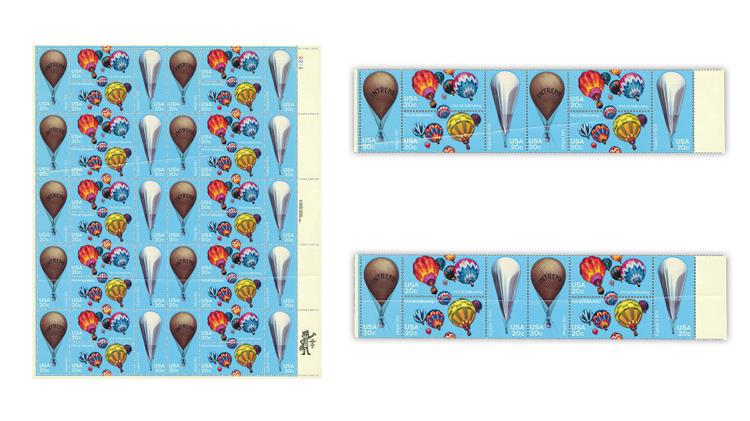 Figure 3. This pane of 40 of the 1983 20¢ Hot Air Ballooning issue includes two creases. A close-up of the more prominent crease is shown graphically cropped; it begins on the first stamp on the left and continues through the seventh stamp in this block.
Previous
Next

Creases in stamp paper are scarce in the modern era, but they were not rarities during the first 50 years or so of United States stamp production.

What I’m talking about are fold-overs within sheets of paper used to produce U.S. stamps — as distinct from corner folds. A group of creases on early U.S. stamps is shown in Figure 1. Each of these creases occurred before printing, and when opened up left a gap in the stamp design.

In stamp production, creases could also occur after printing and before perforating, and even after printing but before gumming. An example of the latter is shown from the back on the 1937 10¢ National Parks souvenir sheet (Scott 797) in Figure 2.

The front of the souvenir sheet, which is also shown in Figure 2, is normal, proving that the crease occurred after printing. The crease was opened after the sheet was gummed, revealing a 4-millimeter diagonal ungummed area.

With the advent of rotary press printing in the early 20th century, creases on stamps became a relative rarity. But as Murphy’s law says, “Anything that can go wrong, will go wrong.” So creases can be found in the modern era, but they are quite scarce.

The more prominent crease occurs in the second row of stamps. In the close-up at top right in Figure 3, this diagonal crease is visible as a white line between “USA” and “20” on the left-hand stamp showing the balloon Intrepid, and it continues with an upward slant until it disappears toward the top of the last horizontally formatted stamp. There is no printing in this white line crease.

Also shown in Figure 3 is a close-up at bottom right of a second horizontal crease, somewhat less prominent, two rows down from the aforementioned crease.

This is a highly unusual pane. The creases likely occurred in the process of papermaking, remained closed through printing and were pulled open after printing and before gumming and perforating, because those parts of production are undisturbed.

The pane of stamps to the left of this pane would have been similarly affected. Keep in mind that the plate numbers are always to the outside in the printing process and sheets are composed of four panes that are ultimately separated and sent to post offices for retail.

These stamps flowed through the press either headfirst or feetfirst. That’s how we know that there was another pane with these same creases. It may have reached the public, it may have been caught in quality control and destroyed, or it may have been noticed before sale at a post office and turned in for destruction.

All I know at this point is that I have seen no report of it in the philatelic press. If a Linn’s reader has it or knows of it, a report would be appreciated.