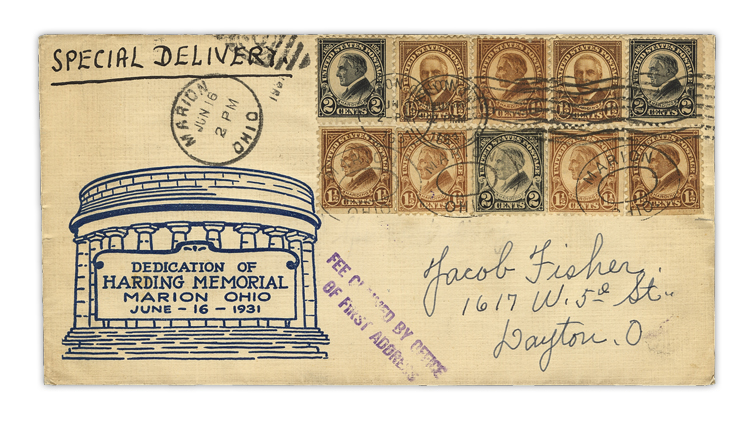 Figure 1. The sender of this 1931 cover for the dedication of the Harding Memorial in Marion, Ohio, provides a nice pattern of stamps using most of the issues picturing President Warren G. Harding. 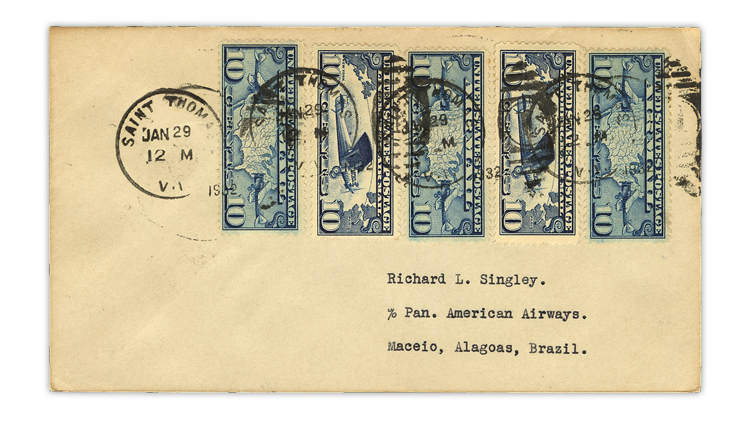 Figure 2. The airmail rate to Brazil was 50¢ in 1932, so the rate paid by the alternating 10¢ airmail stamps on this Jan. 29, 1932, cover is correct. However, the cover seems to have jumped the gun because the formal start of the FAM 6 extension to Brazil 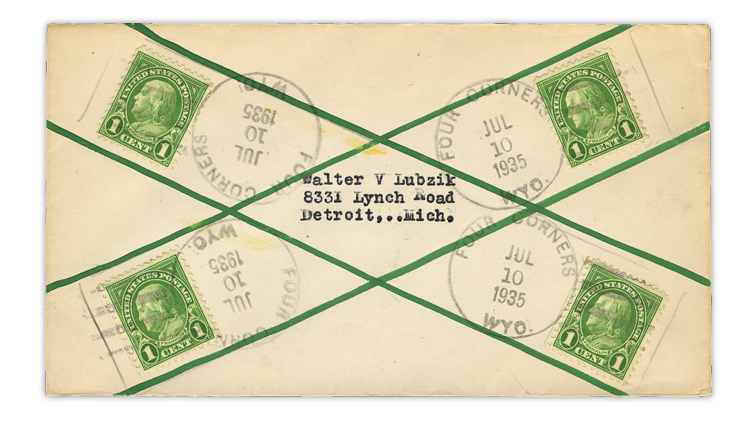 Figure 3. This 1935 cover was sent from Four Corners, Wyo., which explains the 1¢ overpayment and the placement of the stamps. 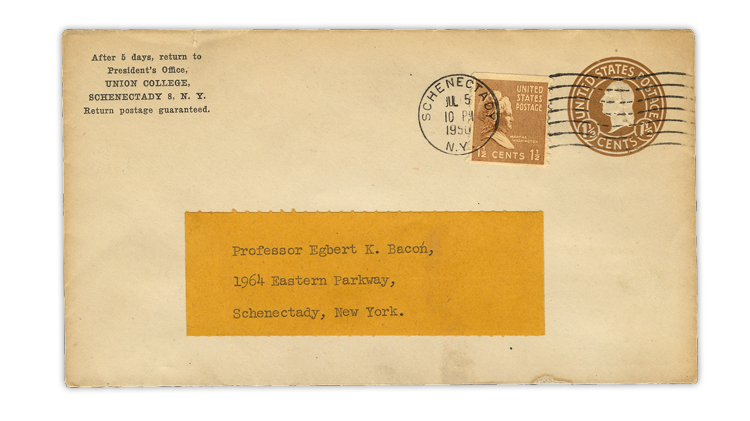 It seems to me that the golden age of philatelic creativity was the 1930s. Maybe it was just a slower time and folks had time to think.

The result is that we have interesting covers from that era that pop up in dealers’ boxes and on internet sales sites with some regularity.

I will share three examples from that era in this column.

Because first-class mail at the time was 2¢ and special delivery was only 10¢, 12¢ was the required postage. So what’s with all the stamps that total 16½¢ in face value?

The remaining 4½¢ has to be chalked up to artistic license. The sender of the cover wanted to use as many different Harding 1½¢ definitive stamps and 1923 2¢ memorial stamps as possible and wanted to present them in a balanced pattern.

Only two stamps are missing from the presentation: a 1930 1½¢ coil of the full-face Harding design (Scott 686), and the elusive 2¢ rotary press-printed, perforated gauge 11 variety (613).

The latter stamp has a catalog value of $37,500 in the 2019 Scott Specialized Catalogue of United States Stamps and Covers. The value is in italics, indicating an item that is difficult to value accurately.

The rotary press-printed 2¢ placed in the bottom center position on the cover is perforated gauge 10, the normally issued version. The lack of an example of Scott 613 can be forgiven.

Something that can’t be forgiven is the excess cancellations applied to the top row of stamps. Why this cover needed to go through the canceling machine three times is a mystery.

Domestic airmail in 1932 had been reduced to 5¢, but this cover is addressed to Brazil, and 50¢ was the correct rate.

At the time, use of airmail stamps meant that the letter would go by airmail, even though there is no other airmail marking on the cover. The routing was from the Virgin Islands to Miami, then by Foreign Air Mail route No. 6 (FAM 6) to Maceio, Brazil.

A Brazilian receiver cancel on the reverse of the cover confirms that it reached Maceio on Feb. 4.

However, the catalog also notes: “First flight covers were erroneously dispatched to Maceio on January 29, 1932, a week before service was scheduled to begin.”

According to that catalog, three items of mail without cachet were sent on Jan. 29. The catalog value is $280. Is this cover one of those three? Or is it a fourth that was not previously reported?

In any case, it is worth the $10 I invested in it as a stamp placement curiosity.

Figure 3 shows a cover sent by regular mail from Wyoming to Michigan on July 10, 1935. It required 3¢ in postage for first-class mail, so why was 4¢ paid?

The clue can be found by looking at the circular date-stamps. The cover was sent from Four Corners, Wyo., which explains the placement of the four stamps.

Of course, creativity was not limited to the 1930s, so I am presenting a cover from 1950 in Figure 4. The sender combined a 1½¢ George Washington stamped envelope with a 1½¢ Martha Washington Presidential, or Prexie, series coil. Together they pay the 3¢ first-class rate.

I don’t know if the sender intended to create this masterpiece, but the two stamp images are facing one another. Therefore, I title this one “Here’s looking at you.”