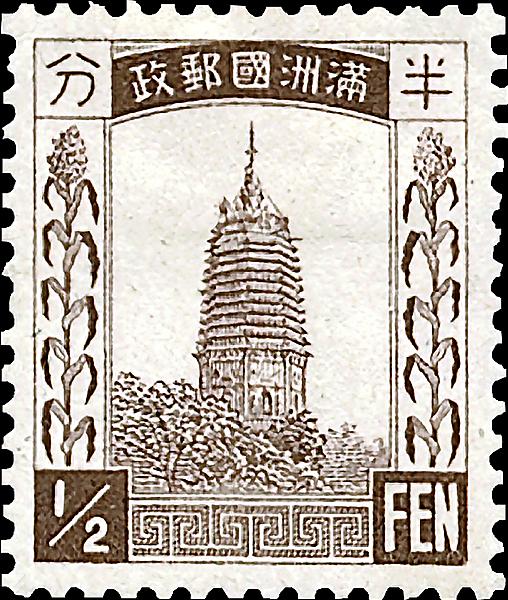 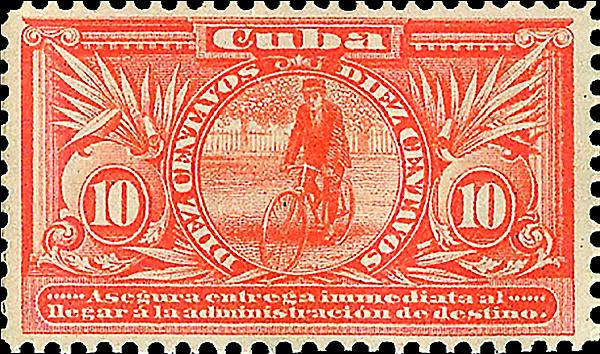 Cuba — Cuba is the largest and second-most populated island in the Caribbean Sea.

Christopher Columbus made landfall on Cuba in his first voyage in 1492, and claimed the island for Spain. It remained a Spanish colony until becoming the epicenter of the Spanish-American War in 1898. It was briefly administered by the United States from 1898 to 1902, at which point it gained its independence.

Stamps have been issued for Cuba as a Spanish colony, under U.S. administration, and as an independent country.

One of the most attractive and interesting stamps from the period of U.S. administration is the 1899 10¢ orange Bicycle Messenger special delivery stamp (Scott E2) printed by the U.S. Bureau of Engraving and Printing.

The 2014 Scott Specialized Catalogue of U.S. Stamps and Covers values the stamp at $52.50 in unused hinged condition and $120 in mint never-hinged condition. This stamp is a good buy at Scott catalog value in either condition.

Pay attention to grade. Most examples have very small margins, so centering can be a problem with this issue. Examples in grades of fine-very fine or less sell at quite a discount from Scott catalog value.

Make sure you are getting the U.S. administration stamp, which is inscribed “Immediata,” and not the look-alike Republic of Cuba stamp inscribed “Inmediata” (Scott E3), which has a Scott catalog value of $3 in unused hinged condition.

Manchukuo — Manchuria, in northeastern China, was the ancestral home of the Chinese Manchu Dynasty. In September 1931, Japan faked an attack on a Japanese-owned railroad in Manchuria (known as the Mukden Incident) as an excuse to invade and conquer Manchuria and part of Inner Mongolia.

After defeating the Chinese, the Japanese set a puppet state using the last emperor of China (deposed at age 6 in 1912) as its head of state. Known first as Chief Executive Henry Pu-Yi, he was later enthroned as the Emperor Kang-Teh.

Manchukuo issued stamps from 1932 until 1945, when it was returned to China at the end of World War II.

Stamps of Manchukuo enjoy the general philatelic interest in all things Chinese, as well as a following in Japan and among history buffs in the United States.