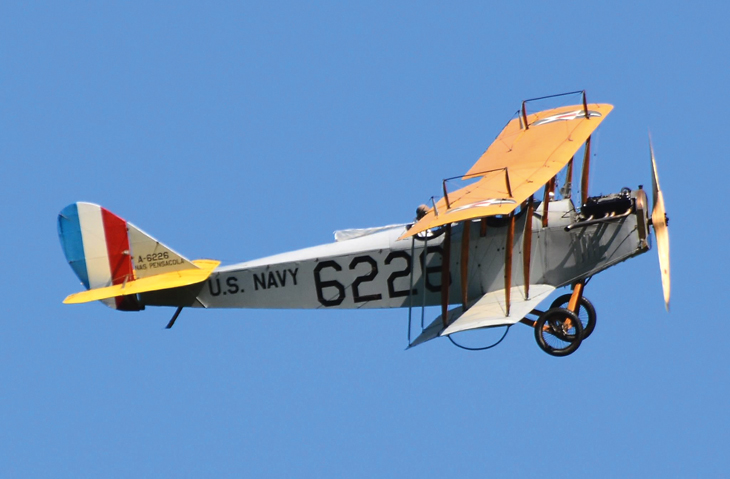 A vintage Jenny biplane nearly identical to that shown on the 1918 United States 24¢ Jenny airmail stamp (Scott C3) and its world-famous variety, the Inverted Jenny (C3a), will be on display at World Stamp Show-NY 2016.

WSS-NY 2016 will take place May 28-June 4 at the Jacob K. Javits Convention Center located on 11th Avenue between 34th and 40th streets in Manhattan.

The historic 100-year-old Curtiss JN-4H biplane, affectionately nicknamed Jenny (a name collectors have assigned to the stamp as well), will be partially dismantled and then transported to the Javits Center, where it will be reassembled and placed on view in the atrium of the convention center. Visitors are sure to delight in seeing the World War I mail plane.

As reported, the plane will be displayed alongside one of the 1918 24¢ Jenny inverted-center stamps — and not just any Inverted Jenny but “the highest-graded example to date from the original sheet of 100.”

This unprecedented showing is indicative of the efforts being made not only by the show committee but also by show participants to make WSS-NY 2016 a success.

Not only is Scott Trepel, president of Robert A. Siegel Auction Galleries of New York, fulfilling a lifelong dream of bringing the famous stamp and the Jenny airplane together, but his efforts and those of the show committee will bring joy to every stamp collector who walks into the show.

Another crowning achievement is the display of the 1856 British Guiana 1¢ Magenta, which sold for almost $9.5 million to fashion shoe designer Stuart Weitzman. The world’s most valuable stamp will be shown courtesy of Weitzman and the Smithsonian Institution’s National Postal Museum. The stamp is on loan to the museum until November 2017.

This is only a glimpse at two of the many rarities and items from the world’s greatest stamp collections.

From now until the show ends, Linn’s will share with you highlights and events of this once-in-a-decade international stamp show.

Linn’s World Stamp Show-NY 2016 Preview will be packaged with the April Linn’s monthly. This stand-alone magazine will provide a glimpse of what you can experience at the eight-day event and will provide tips for planning ahead.