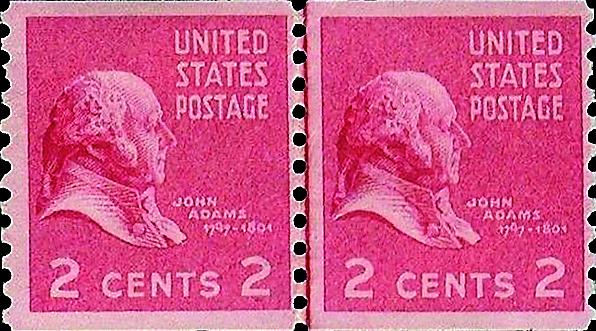 Coil joint line pairs of the United States 1938 Presidential series (Scott 839-851) make a nice addition to a basic collection, and they are a good buy in mint never-hinged condition in the $95 to $115 price range. 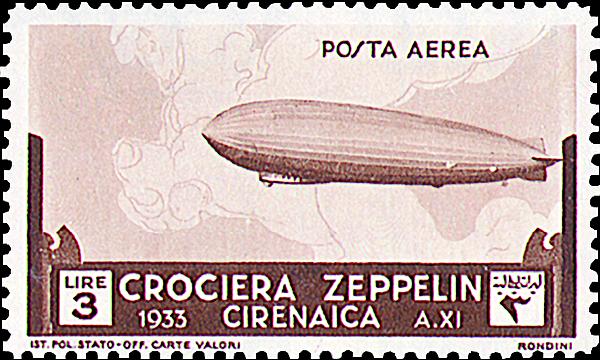 The 1933 Cyrenaica Graf Zeppelin set of six airmail stamps (Scott C12-C17) is popular with Zeppelin topical collectors and is a good buy in unused hinged condition in the $40 to $50 price range.

Cyrenaica — Cyrenaica is the eastern coastal region of modern Libya in North Africa. In antiquity, it was first a Greek colony, then a Roman province. It was an early center of Christianity until the Muslim conquest in the 7th century, eventually becoming a province of the Ottoman Empire. Italy acquired Cyrenaica as a colony as a result of the Italo-Turkish War of 1911. The Allies occupied Cyrenaica in 1942, and it was administered by Britain until it became part of the Kingdom of Libya in 1951.

On April 15, 1933, Cyrenaica issued a set of six very attractive Graf Zeppelin airmail stamps (Scott C12-C17). This set is popular with Zeppelin topical collectors and is quite expensive used and on cover, but the 2015 Scott Standard Postage Stamp Catalogue values the set in unused hinged condition at just $72. A mint never-hinged set is valued at $160.

This set is not difficult to find in unused hinged condition and is a good buy in the $40 to $50 price range. Mint never-hinged sets are harder to come by and realize prices at about 50 percent to 60 percent of catalog value.

United States — The 1938 Presidential series of definitive stamps (Scott 803-834 and 839-851) has long been one of the most popular collecting areas for U.S. collectors. Nicknamed the “Prexies,” most of the basic stamps are affordable to all collectors, but there are varieties to provide spice for specialists. Cover collectors hunt for single-use covers with one stamp from the series exactly paying the rates and charges for a given service.

All but beginning one-each general collectors probably already have the basic stamps in their collections. But a nice expansion of the basic sets would be to add mint never-hinged joint line pairs of the coil stamps (Scott 839-851). A joint line pair has a printed line between the stamps, produced when ink finds its way into the seam in the cylindrical plate used to print the stamps.

When shopping for these, pay close attention to grade.

The Scott U.S. specialized catalog values the joint line pairs as a set in mint never-hinged condition at $139.90. I think you can find them, as a set or bought individually, in the $95 to $115 price range. Values fall off sharply for examples in grades of less than very fine. A joint line pair in fine-very fine grade at significantly less than Scott catalog value probably isn’t as good a deal as it might seem at first glance.

It is better to build up a nice set slowly rather than compromise on centering for the key denominations, because matched nice sets are hard to find. Be careful of perforation irregularities within the stamps. While natural, these may actually have damaged the paper. — H.G.