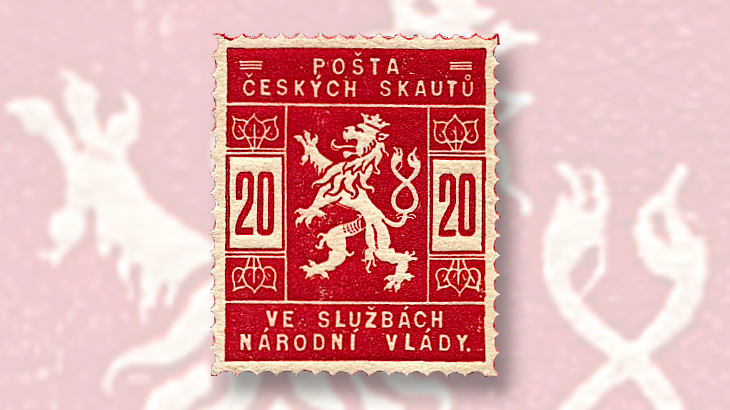 The end of World War I brought the collapse of the Austro-Hungarian Empire. The Republic of Czechoslovakia, formed from the former Habsburg possessions of Bohemia, Moravia, Slovakia, and Carpathian Ukraine, declared its independence in October 1918.

In the chaotic days that followed, the Czechoslovak National Council authorized the Czech Scouts to deliver mail in Prague. The Czech Scout Post was in operation from Nov. 7 to Nov. 25, 1918, when regular postal authorities assumed responsibility for the mail.

These stamps are in demand and selling well. They are popular with Scouting topical collectors, as well as with collectors of Czechoslovakia.

The 2016 Scott Classic Specialized Catalogue of Stamps and Covers 1840-1940 has a combined value for both stamps in unused hinged condition of $19.50. In mint never-hinged, condition they are valued at $30.