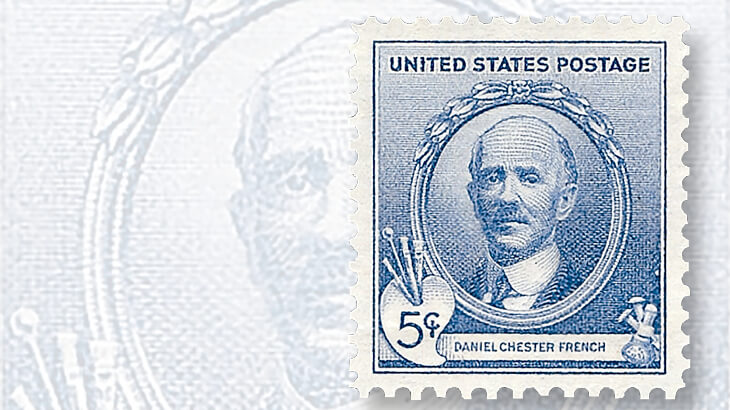 Daniel Chester French created a sculpture of Thomas Gallaudet for Gallaudet University. The sculptor is honored on a stamp in the Famous Americans series of 1940. 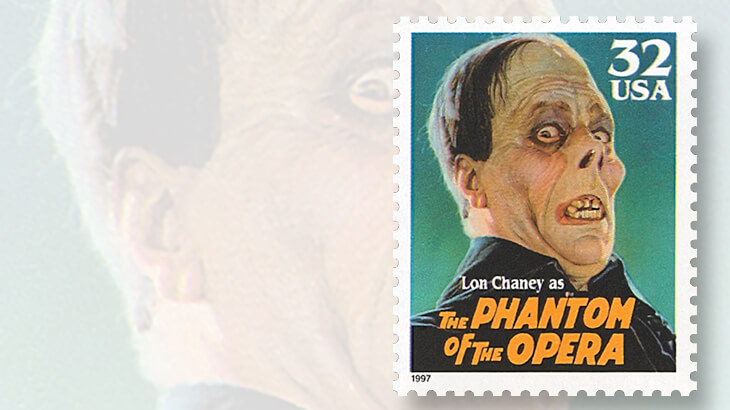 Both parents of Lon Chaney were deaf. Two U.S. stamps depict the actor, including this 1997 stamp. 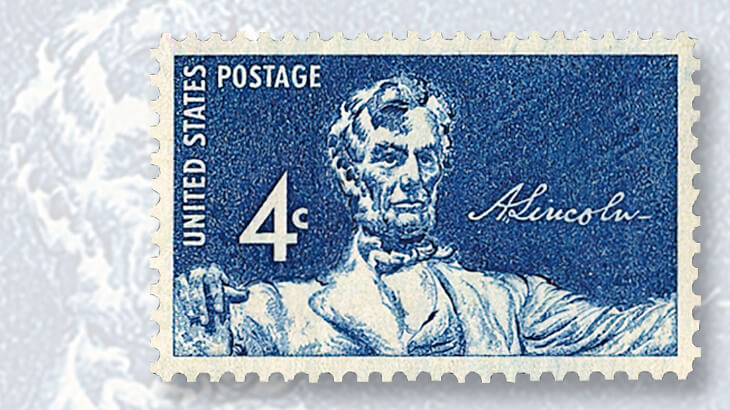 Some people believe that Daniel Chester French’s sculpture for the Lincoln Memorial in Washington, D.C., has a connection to sign language. 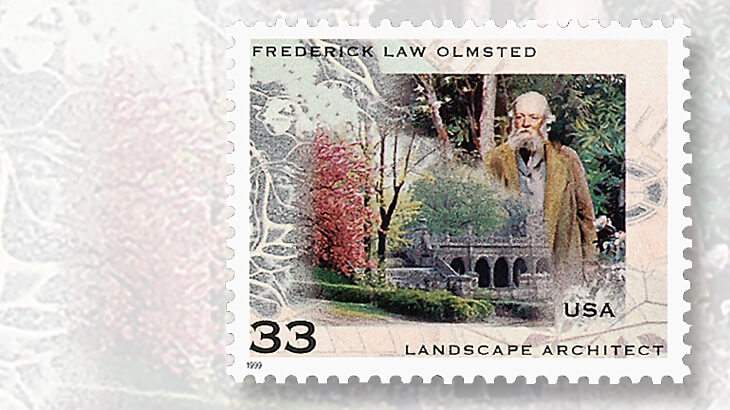 Frederick Law Olmstead, commemorated as a landscape architect on this 1999 33¢ stamp, designed the campus of Gallaudet University. 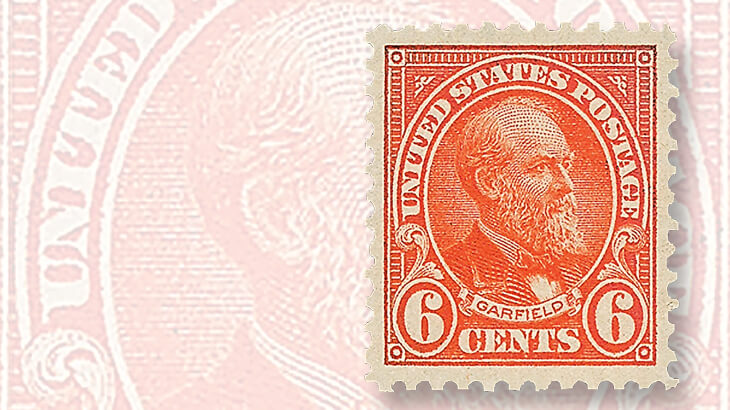 President James Garfield also is honored by a sculpture at Gallaudet University. He has been featured on many stamps, including this definitive. 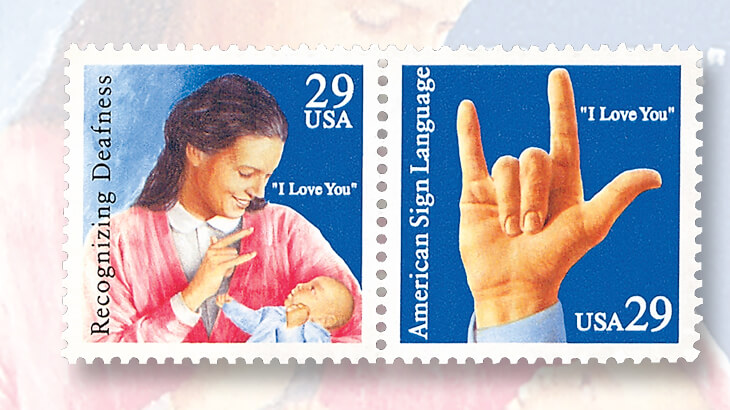 The stamp on the left of this 1993 American Sign Language pair uses an image derived from a photograph of a mother signing “I love you” to her baby.
Previous
Next

Several readers responded to my U.S. Stamp Notes column in the Jan. 19, 2015, Linn’s regarding the models for the 1993 29¢ American Sign Language pair of stamps.

In that column, I also listed several U.S. stamps related to the subject of deafness. It turns out that I missed some.

Lawrence Guenzel added two more. The first is the 5¢ stamp in the American Artist set from the 1940 Famous Americans series. This stamp honors Daniel Chester French (Scott 887), who sculpted the statue of Thomas Gallaudet on the campus of the university.

Guenzel’s second entry is the Lincoln statue, also sculpted by French, in the Lincoln Memorial as shown on a 4¢ stamp in the 1958-59 Lincoln Sesquicentennial issue (Scott 1116).

Some people have claimed that French deliberately sculpted Lincoln’s hands in the shape of an “A” and an “L” in sign language alphabet (equating to Abraham Lincoln). Not everyone agrees, and there are experts who feel the hands are, at best, subject to interpretation. Others, including the National Park Service, call it a myth.

Only the right hand of the sculpture is shown on the stamp.

In looking at research about the Lincoln statue, I stumbled upon the fact that President James A. Garfield, shown on several U.S. stamps, including the 6¢ definitive in the 1922-25 regular issue (Scott 558), had a major connection to Gallaudet University.

During his many years in Congress before becoming president, Garfield was a strong advocate for the institution and was much beloved by the deaf community. As president, he visited the campus in May 1881, giving what is known to be his last public address before being assassinated that July.

After Garfield’s death, Gallaudet students raised money to commission a bust of Garfield (by French), which sits in Chapel Hall at the university.

At least 30 presidents honored on U.S. stamps had connections to deafness issues. Of these, seven (George Washington, Andrew Jackson, Ulysses S. Grant, Theodore Roosevelt, William Howard Taft, Herbert Hoover, and Ronald Reagan) had hearing loss of one type or another, some during their presidency and others toward the end of their lives.

Bottom line, this is a topic that with research can probably encompass many more U.S. stamps. My thanks to those who wrote in with information.