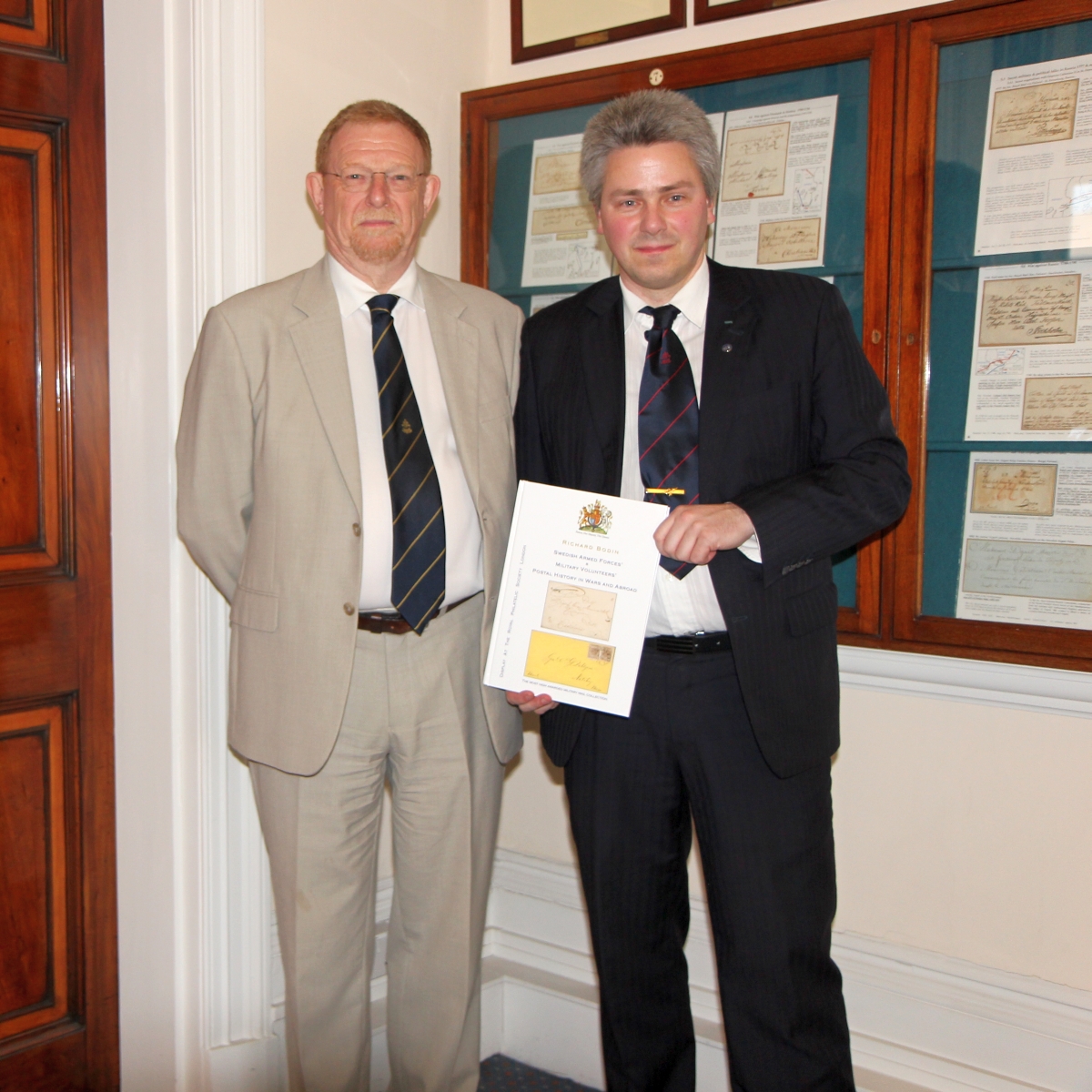 Chris King, President of The Royal Philatelic Society London (left) with Richard Bodin, holding a copy of the book he prepared and gave to every member who attended his display.

Spanning more than 425 years of Swedish postal history, Richard Bodin enthralled the members of The Royal Philatelic Society London with an extraordinary display on 4 June. The superb material comprehensively examined postal and special communications arrangements for the Swedish armed forces and military volunteers during war, military and naval campaigns, plus Swedes in active military services abroad.

The earliest item shown, indeed the earliest known cover relating to any Swedish war, was sent during the 25 years war against Russia from 1570 to 1595. It is an official letter sent from the Swedish field camp at Coporie in Russia and is signed by Field Marshall Pontus de La Garde on 9 March 1582.

Giving the vote of thanks, Birthe King thanked Richard for sharing his material and knowledge, commenting on the ‘absolutely amazing’ research demonstrated by the material on display.

Members who attended were given a magnificent hard-bound book illustrating and describing many of the covers on display.