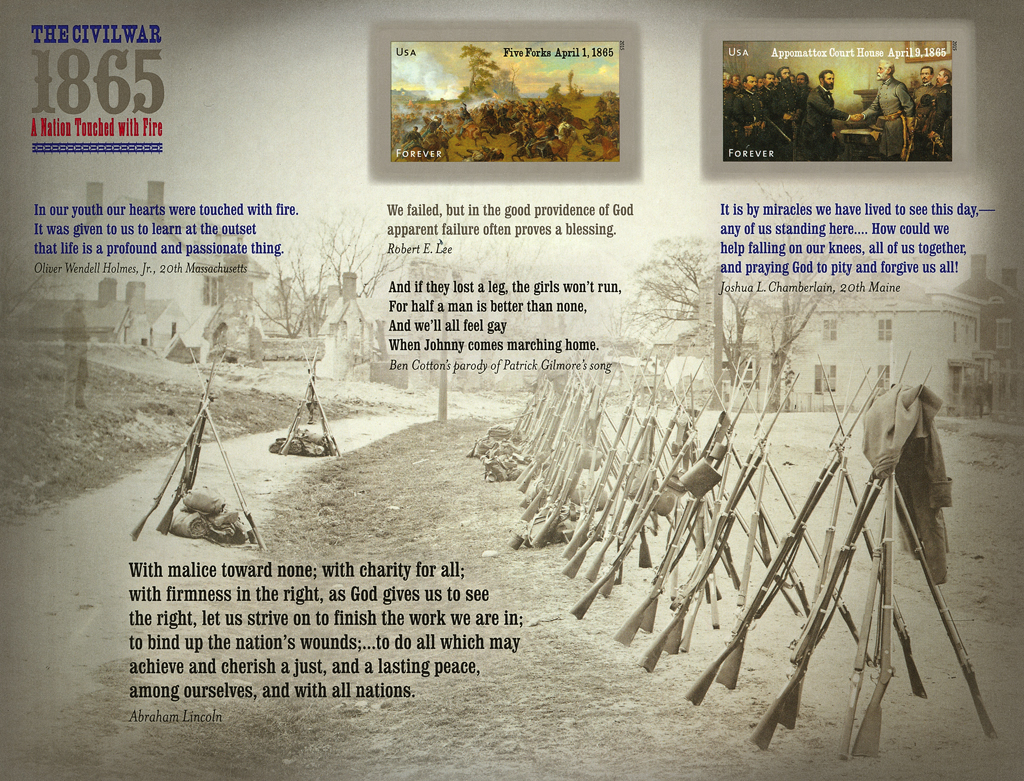 The United States 2015 Civil War imperforate press sheet is a hot item, with individual double-sided panes from the sheets selling for $80 or more. 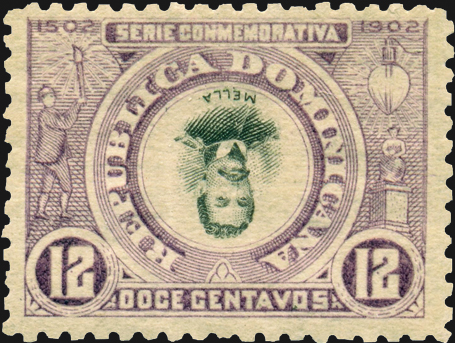 Any of the 1902 Dominican Republic 400th Anniversary of the Founding of Santo Domingo inverted-center error stamps (Scott 144a-150a) would be a real bargain in unused hinged condition or used condition at $20 or less, and a good buy at up to $40. 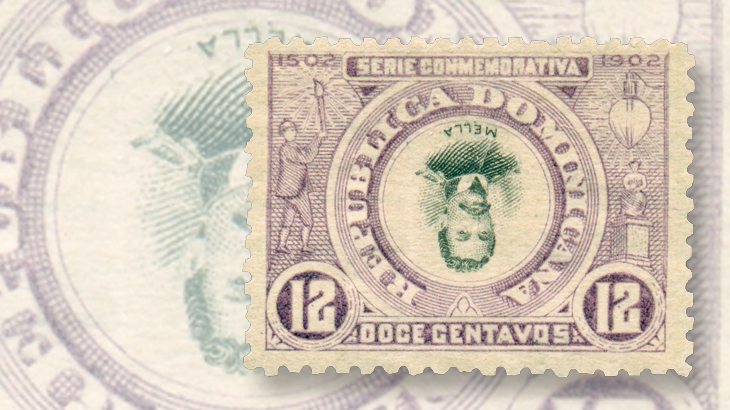 The Dominican Republic, occupying the eastern two-thirds of the island of Hispaniola, is the second largest Caribbean nation in both area and population, Cuba being the largest.

The island was discovered by Columbus on his first voyage, and the capital, Santo Domingo, is the oldest permanent European settlement in the Western Hemisphere. Gaining independence in 1821, it was subsequently conquered and ruled by Haiti and later Spain. Permanent independence from Spain was gained in 1865.

In 1902, the Dominican Republic issued a set of seven stamps commemorating the 400th anniversary of the founding of Santo Domingo (Scott 144-150).

The Scott Standard Postage Stamp Catalogue lists center-inverted errors of six stamps from the issue (Scott 144a-146a, 148a-150a). Each is valued at $6 in unused hinged condition and at $3.50 in used condition.

Unused hinged examples of each have recently sold in online auctions for prices ranging from $10.50 to almost $170. In the same period, no used examples were offered for sale, leading us to suspect that the stamps are probably scarcer in used condition than in unused hinged condition.

It’s likely that Scott catalog values for these errors haven’t changed in quite some time. If you find any of these center-inverted errors in unused hinged condition or in used condition at $20 or less, it would be a real bargain, and up to $40 is probably a fair price to pay.

There are two lessons to be drawn from this. Collectors who will only buy stamps at a percentage discount from Scott catalog value often miss out on the real bargains. Stamps that were perceived as contrived or speculative when issued can often become the most sought-after issues in later years.

United States — Modern imperforate press sheets are a bright spot in the U.S. market. They caught a big bounce after the Scott catalog editors decided to list them in the upcoming 2016 Scott Specialized Catalogue of United States Stamps and Covers.

The 2015 Civil War imperforate issue is the hottest issue so far. We placed an order for them with the Postal Service before the issue date, but they were already sold out. That is not the first time that has happened with these imperforate press sheets.

Individual double-sided panes from the 2015 Civil War imperforate sheets are selling for $80 or more. Collectors who turn their noses up at these issues are missing the boat. If you manage to get them at face value directly from the Postal Service, consider yourself to be a big winner.