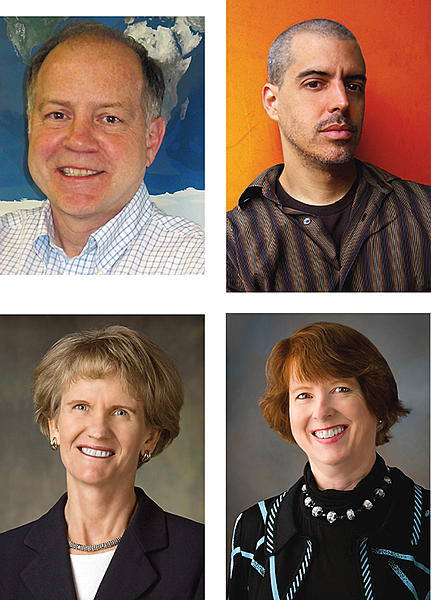 Postmaster General Patrick Donahoe has responded to one of his predecessor’s sharp criticisms about the Citizens’ Stamp Advisory Committee with his latest choices for the panel.

By naming two former members of the U.S. Postal Service board of governors to the committee, Donahoe is saying that he intends to preserve the committee that has guided stamp selections since 1957.

By adding two others with design backgrounds, he seems to be rejecting the criticism of former postmaster general Benjamin F. Bailar that the committee has become overly concerned about producing artsy designs.

A noted stamp collector, Bailar suggested in his July 23 letter of resignation from CSAC that the committee may have outlived its usefulness and should be abolished.

What is interesting about the Aug. 22 announcement of Donahoe’s new appointments is that he continued to praise Bailar’s years on CSAC.

Bailar gave “invaluable assistance to the complex process of recommending stamps subjects and stamp designs [that] has been vital to helping the Postal Service produce a superior stamp program,” Donahoe said.

Cary Brick, another former CSAC committee member who has been critical of the panel’s lack of transparency, praised the selection of former postal governors for the panel.

“Former governors, public servants with distinguished backgrounds covering the entire American spectrum, can bring a needed fresh perspective to the work of the committee,” he told Linn’s.

One of the governors on the committee, Katherine C. Tobin of Washington, D.C., has been on the committee for a year, although Donahoe never formally announced her selection.

The other, Carolyn Lewis of Austin, Texas, began her postal career as a member of a presidential panel that studied the future of the agency in 2003. She served as a postal governor from 2004 to 2010.

“Once one begins to understand the mission and amazing business delivery system of this government institution, one wishes to do all she can to help it flourish,” Tobin said.

“Our stamps reflect America’s heritage, people and culture and considering how best to select stamp images is a terrific and ongoing challenge,” said Tobin, who served on the postal board from 2006 to 2009.

That passion is something that all four of the latest CSAC members share, said U.S. Postal Service spokeswoman Toni G. DeLancey.

“They are all passionate about stamps and committed to the Postal Service,” DeLancey said.

“Their award-winning experience in creativity and media production will be extremely valuable as the committee strives to promote our stamp program to a larger audience and continue its success in today’s modern society,” she said.

Brick, the former CSAC member, is, like Bailar, fearful that CSAC worries more about designs than remembering historical events and people.

“Colorful and splashy designs are wonderful but let’s place them on stamps sought by those consumers, not to an audience we hope will run to their neighborhood post offices to buy them by the bushel with the additional dream and hope those sales will bail the USPS out of debt,” he said.

“That just isn’t going to happen and the stamp program should not be viewed as an opportunity to do so.”

“Every time a new member joins CSAC the energy level goes up a notch and the stamp program benefits,” she noted in a Postal Service news release.