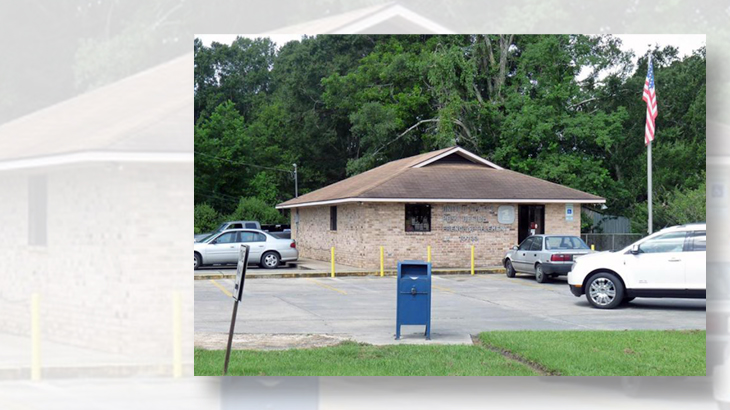 This post office in French Settlement, La., pictured here in 2010, is one of 11 closed in the state because of severe flooding. Photo by John Gallagher, courtesy Post Mark Collectors Club, used with permission.

Operations at several post offices in Louisiana have been temporarily suspended because of record flooding.

“The U.S. Postal Service is in recovery phase following severe flooding in the Louisiana region,” the USPS reported. “Several offices have been impacted and thus have moved operations to alternate sites. Postal Service facilities throughout the region are working to move the mail in the aftermath of this historic flooding.”

The website lists alternative post office locations where local residents can pick up mail and conduct other postal business.

“As water recedes in the impacted areas and conditions improve, both mail delivery and retail services will be restored at impacted Post Offices,” the Postal Service noted, adding that updates will be posted on the site.