Education helps to determine when expertizing is needed 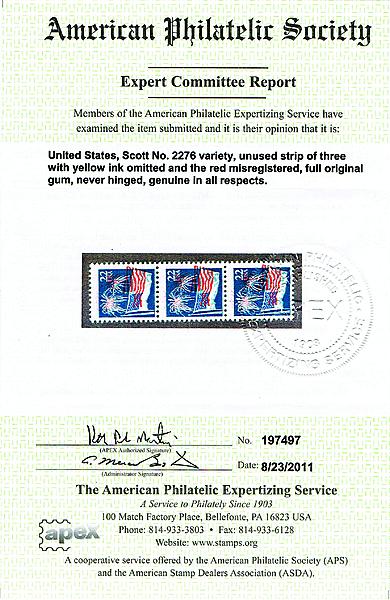 Figure 2. Richard Alsgaard of Michigan is the winner of the nonphilatelic portion of the March cartoon caption contest with this line suggesting a decidedly non-high-tech use for Harry Potter’s magic wand. The next contest will be announced in Linn’s May 12 issue. 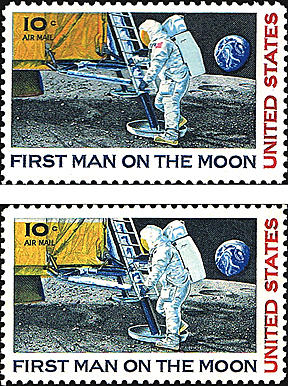 Figure 1. The 1917 11¢ Benjamin Franklin stamp from the Washington-Franklin series is normally perforated gauge 11. However, this example is perforated 10 across the top. Is it worth the cost of expertizing to submit it for an opinion? What if it had gauge 10 perforations down the left side? Reference to a Scott catalog provides the answer.

This is the second in a monthly series of U.S. Stamp Notes articles on the subject of expertizing.

Expertizing is the process by which stamps and covers are examined to determine if they are genuine, and if so, whether they are damaged or in any way altered.

The first article appeared in the March 24 Linn’s. In that first article I promised to provide a list in this second installment of philatelic literature that discusses the expertizing process. Some of those books will help readers understand the printing and finishing processes integral to creating the stamps you buy from the post office.

Why is that important? As a user of expertizing services, you need to educate yourself about what to look for as you consider whether a particular stamp or cover is worth the fee you will have to pay for the service. This means you need to have an idea of what the normal issue looks like, what range of varieties is known, and what range of variations is possible.

For example, the 1917 11¢ light green Benjamin Franklin flat-plate printed stamp was issued with gauge 11 perforations, but it is possible to find a variety with gauge 10 perforations at top or bottom, as shown in Figure 1.

A gauge 10 perforation at left or right on the same 11¢ stamp is not possible, and there is no point in submitting it for expertization. It cannot be a genuine variety.

Since this column focuses on United States philately, the literature listings will have that orientation.

The first book that should be in your library is the 2014 Scott Specialized Catalogue of United States Stamps and Covers.

While it is always good to have the most recent edition, earlier editions are often available from stamp shops or other collectors.

This catalog will tell you the characteristics of genuine stamps, and what major varieties are known for each cataloged stamp. That might be sufficient background if you want to understand a normal stamp.

But the Scott catalog does not have space to list every variation known on every stamp. A much more comprehensive understanding of what can go wrong, and how, can be gained from reading Fundamentals of Philately, Revised, by L.N Williams, published by the American Philatelic Society in 1990.

This is a general reference on the production of stamps, from design through packaging for shipment to a post office. It’s jam-packed 800 pages will tell you all you ever wanted to know about how stamps — both U.S. and foreign — are produced, and of equal value, how the processes can misfire to create errors and other varieties. This book is a must for expertizers as it is well written.

Though it lacks the suspense of a SherlockHolmes tale, it can be read for pleasure as well as information. It is available from the APS and from philatelic literature dealers.

Another general information work — devoted only to U.S. stamps and covers — is the Encyclopedia of United States Stamps and Stamp Collecting, edited by Rodney Juell and Steven Rod, and published in 2006 by the United States Stamp Society. It is presently sold out but available from some philatelic literature dealers, and I understand it is to be revised and expanded, to be ready for release at World Stamp Show NY-2016 in New York City.

It is another whopper, at 730 pages. The more than 50 chapters provide essential information on each category of U.S. stamps and covers, as well as overview chapters, including one on the different types of errors, freaks and oddities most often seen on U.S. stamps.

On the whole, the book is less technical than Fundamentals of Philately, and can be used as a reference, or read front to back for pleasure.

Again, these works are essential for expertizers, but they are also valuable references for any collector who wants to understand what expertizers look for.

To a limited extent, that information allows you to become your own expertizer: to understand what is worth submitting for an opinion, and what has a high probability of being altered.

The first of the three books on my list is a 100-page gem by Paul Schmid titled How To Detect Damaged, Altered, and Repaired Stamps. Published in 1979 by Palm Press, this book is of immense help with subjects like regumming, reperfing and otherwise altering routine stamps to make them appear like valuable first cousins. It is also an especially good reference on the production and properties of genuine coils.

The next two books speak to areas of U.S. philately that are major targets of philatelic fakers.

Schmid is also the author of The Expert’s Book, A Practical Guide to the Authentication of United States Stamps: Washington-Franklin Issues 1908-1922. It was published by Palm Press in 1990.

While focused on the U.S. Third Bureau issue, its lessons are applicable to other aspects of U.S. philately, especially with regard to identifying flat-plate versus rotary printing, how die types are altered to look like more expensive varieties, watermark detection, and the adding of perforations to imperforate stamps to make them into much scarcer varieties.

Both the Schmid books are out of print, but available from philatelic literature dealers.

A helpful pamphlet for separating the genuine Kansas-Nebraska overprints from the multitude of fakes was published by the APS in 1973.

The pamphlet contains two essays. The important one for our purposes is Counterfeit Kansas-Nebraska Overprints on the 1922-1934 Issue by Robert Schoen and James DeVoss.

The pamphlet is out of print, but available from philatelic literature dealers.

The APS also published it online at www.stamps.org/userfiles/file/MyAPS/Book_CounterfeitKN.pdf.

Finally, for those interested in a graduate-level course in expertizing, the Philatelic Foundation has published a series of books starting in 1983. They are titled Opinions I through Opinions VIII and subtitled “Philatelic Expertizing — An Inside View.”

Each book has 20 to 40 articles by various experts, describing how they determined the authenticity, or not, of difficult items that the Foundation expertizers were faced with.

Not all of the patients are U.S. stamps or covers, but the methods used on foreign material are of general interest, and often could be used on U.S. material.

Some of the books are still available from the Foundation at www.philatelicfoundation.org, and the others are available from philatelic literature dealers, especially from the Subway Stamp Co.

In my first expertizing column, I named the big four expertizing services operated by organizations with a corps of experts, each of whom looks at material in their area or areas of special competence.

I also mentioned that there are individuals who run their own expertizing services. In the realm of U.S. philately, the largest of these by far is operated by dealer William R. Weiss of Bethlehem, Pa. His long experience in U.S. philately gives him a basis for expertizing the full range of this realm.

He, of course, issues his own signed certificates, while the other four do not personalize their certificates in the same way.

Next month, I will look at some of the tools that expertizers use and how they can help the careful expert arrive at an opinion.

“Take that, Congress,” and a dozen similar variations were seen most frequently among the entries in the March U.S. Stamp Notes cartoon caption contest.

The contest featured one of the 20 Harry Potter stamps from last year’s stamp issue, as shown in Figure 2.

Readers filled in that blank with a wide range of targets, including FedEx, the Citizens’ Stamp Advisory Committee, naysayers, pen-cancelers, and Congressman Darrell Issa, chairman of the House Oversight and Government Reform Committee.

Many entries tied the magic in Harry’s magic wand to the financial woes of the USPS. For example, “Postal Service operating losses: disappear!” is a caption proposed by Robert Judy of Millersport, Ohio.

A somewhat less hopeful approach was taken by Michael Jahr of Oconomowoc, Wis., with “It’s no use! Not even my wizardry can restore USPS solvency.”

Those of us who have been so bold as to criticize the Harry Potter issue as unnecessary, excessive, or both, came in for a pasting by several entries; represented by “Death to those who dare disparage Harry Potter stamps!” from Lawrence Segel of Valhalla, N.Y.

A fitting but subtle rejoinder was offered by Mildred Barylski of Alexandria, Va., who has Harry saying, “The magic is in the marketing!”

Choosing a philatelic line winner from among the many entries was difficult, as four of every five entries had a philatelic connection. Ultimately, I went with the somewhat whimsical “Watch it, or I’ll turn you into a space filler!” sent in by Emmanuel Atsalinos of Silver Spring, Md.

On the nonphilatelic side, a nonmagical use for Harry’s wand, shown in Figure 2, took the honors for Richard Alsgaard of Midland, Mich.

“OK, Mr. Postal Clerk, I’ll give you another taste of my laser unless you come up with some right-side-up Jennys real fast!” by Edgar Dunlap of Gainesville, Ga.

“I only accept mail from owls,” from Robert Wolf of Montgomery, Ill.

“The post office has finally come up with something to keep dogs away that works!” sent by John Niehaus of Ankeny, Iowa.

“Another rise in rates? Blast you!” by David Dickens of Lexington, Va.

“Remember when addressing mail always use the ZAP Code!” from Steve Kotler of San Francisco.

The next cartoon caption contest will be announced in the May 12 Linn’s.