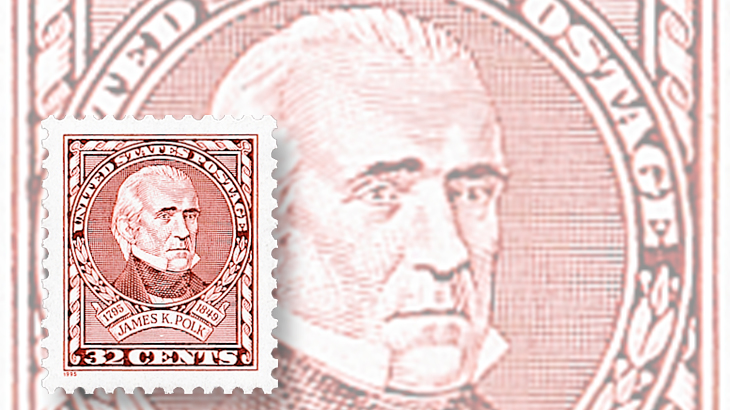 The United States presidential election of 1844 was the last to be held on different days in different states. Voting ended Dec. 4, and on that day James K. Polk was elected as the nation’s 11th president.

Polk is often described as a dark horse, or long-shot candidate, because he was not expected to become the Democratic nominee for president, and when he was nominated, most believed that his opponent, Whig party candidate Henry Clay, would defeat him.

Polk is also described as a successful president, for accomplishing the goals he set forth as a candidate, including the acquisition of California from Mexico, and establishing the northern border of the United States.

Stamp collectors owe a debt to President Polk, because it was during his single term in office that the first U.S. postage stamps were issued.

Serving as president took a toll on Polk’s health, and he died just three months after leaving office, on June 15, 1849.

Oddly enough, Clay was honored on a 12¢ stamp in 1870 (Scott 140), but James K. Polk, the man who defeated him in the presidential election, and who was president when U.S. stamps were introduced, would not appear on a stamp until 68 years later, on the 11¢ stamp in the 1938 Presidential series (816).