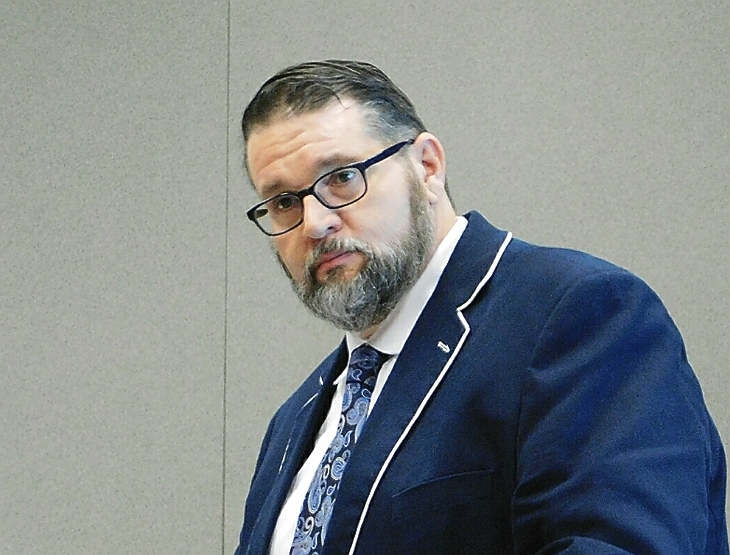 The way Scott English sees it, the future of stamp collecting — and the American Philatelic Society — are tied to the internet.

That is the society’s executive director’s outlook on what’s ahead for the hobby and his own organization.

The assessment he gave June 8 at the Napex 2018 stamp show in McLean, Va., shows why he has committed a lot of resources to improving the APS website and believes the internet may be one of the best ways to recruit new members to the society.

“Our website is garbage,” he told a handful of collectors at the show.

Changes should be coming soon, perhaps by August, as English proceeds to “rip out the back of the site.”

His aim is to make it more user-friendly and easier to navigate, something he believes is critical as more and more young people make use of social media on the internet.

Acknowledging that APS membership peaked at 57,815 in 1988, English said the organization has cut its debt sharply and is in good financial shape with the current membership level.

“The hobby is not dying,” English said, adding a qualifier that some stamp organizations are suffering financially.

One of his current projects is to stage some stamp shows jointly with the American Topical Association and the American First Day Cover Society.

English said in response to a question that he believes the number of regional stamp shows might shrink as organizations find they lack sufficient resources to continue to underwrite annual shows.

“We’ve got to think outside the box,” he said, noting that he has learned a lot about the hobby since joining APS three years ago.