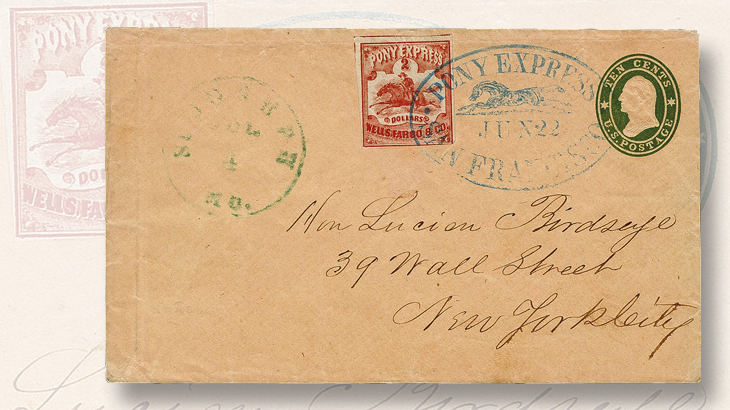 Among the splendid items from the “Erivan” collection to be auctioned by H.R. Harmer June 3 at World Stamp Show-NY 2016 is this Wells Fargo Pony Express cover bearing a $2 red stamp issued for the service in 1861 (Scott 143L1) on a United States star die 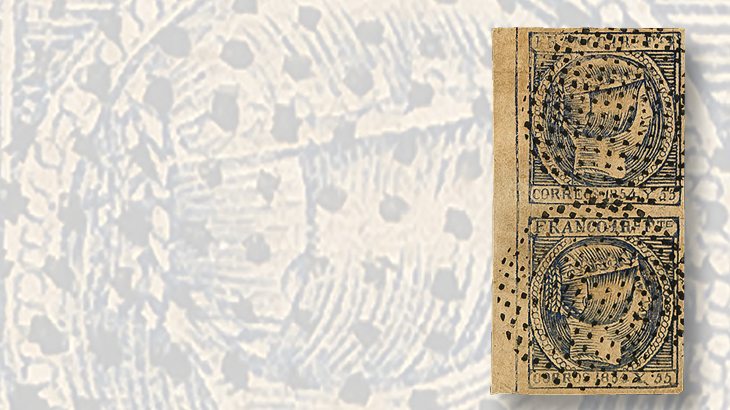 Foreign rarities featured in the June 3 Harmer sale include this Philippines 1854 1-real slate blue with an engraving error, showing “CORROS” instead of “CORREOS” in the inscription (Scott 4c), in a used, left-margin vertical pair with a normal stamp, top 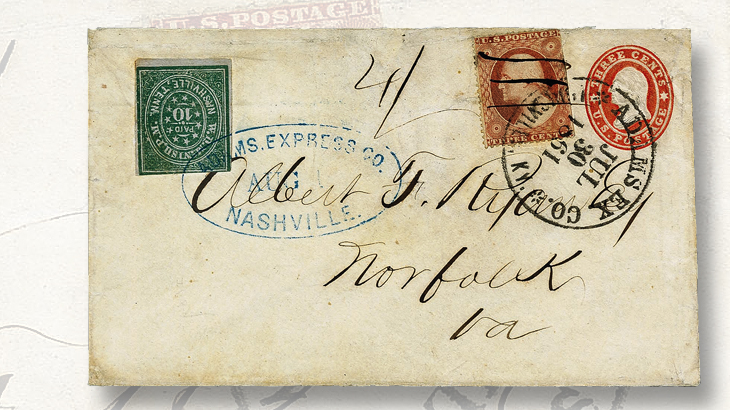 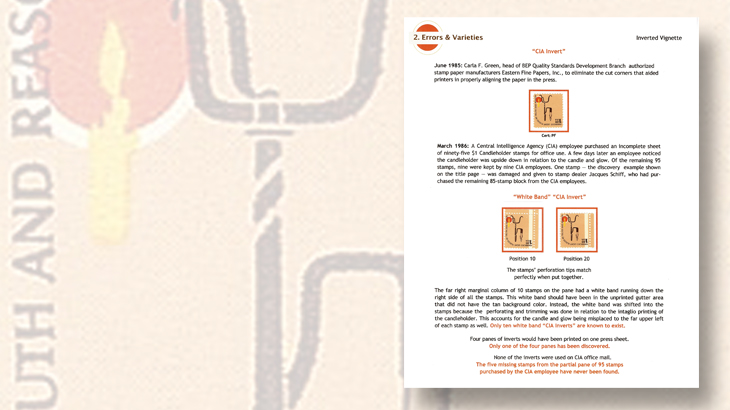 Don David Price’s 16-page exhibit collection of the United States 1979 $1 Rush Lamp and Candleholder stamp is up for sale during the June 3 H.R. Harmer auction at World Stamp Show-NY 2016, with a $50,000 starting bid. The collection includes examples of t
Previous
Next