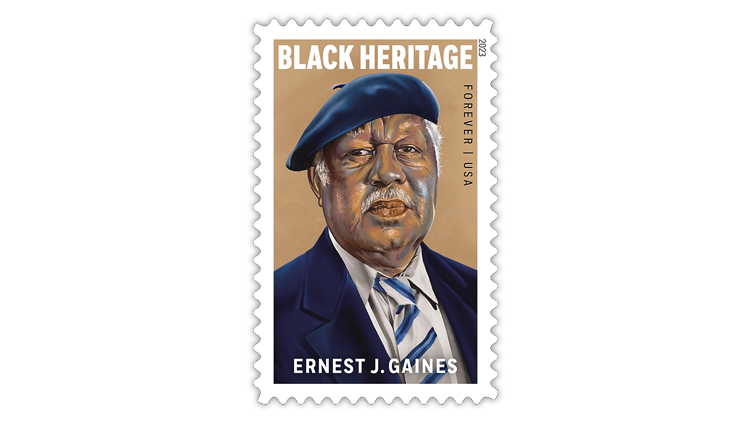 On Jan. 23, the United States Postal Service will hold a first-day ceremony at the University of Louisiana at Lafayette for the Ernest J. Gaines forever commemorative stamp in the Black Heritage series.

The first-day ceremony will take place Monday, Jan. 23, at 11 a.m. at the University of Louisiana at Lafayette, 620 McKinley St., in Lafayette.

The ceremony is free and open to the public. Anyone interested in attending can respond to the USPS online.

The Ernest J. Gaines stamp, the 46th in the U.S. Postal Service’s Black Heritage series, honors the author of such novels as The Autobiography of Miss Jane Pittman and A Lesson Before Dying.

In the press release, the USPS said that Gaines “drew from his childhood as the son of sharecroppers on a Louisiana plantation to explore the untold stories of rural African Americans.”

Published in 1993, A Lesson Before Dying won the National Book Critics Circle Award and resulted in Gaines being named a MacArthur Fellow.

In 2013, President Barack Obama awarded Gaines the National Medal of Arts, and the USPS said Gaines called this the greatest honor he ever received.

Mike Ryan designed the stamp with art by Robert Peterson. Greg Breeding served as art director. The stamp will be issued in panes of 20.