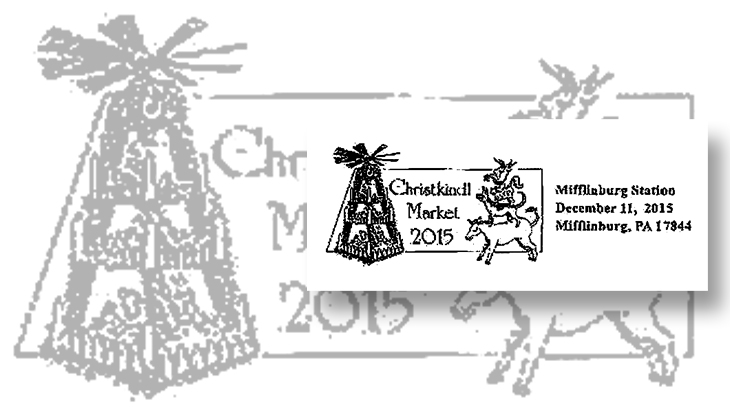 The brothers took turns on that date in 1903 piloting their Wright Flyer airplane into the history books.

Some 400 miles to the north, in Mifflinburg, Pa., a holiday postmark features the Christkindl Market, and celebrates with European Christmas traditions. The postmark shows a decorative Christmas pyramid at left, which has a fan at the top that rotates because of the heat rising from lit candles.

At right are Germany’s famous Bremen Town Musicians — a donkey, a dog, a cat and a rooster — stacked one upon the other to create their own pyramid.

The animals are shown in a pose familiar to those who know the story. It closely resembles the bronze statue in Bremen that honors the Brothers Grimm fairy tale about the homeless creatures.

To obtain the Christkindl Market postmark, address your requests to: