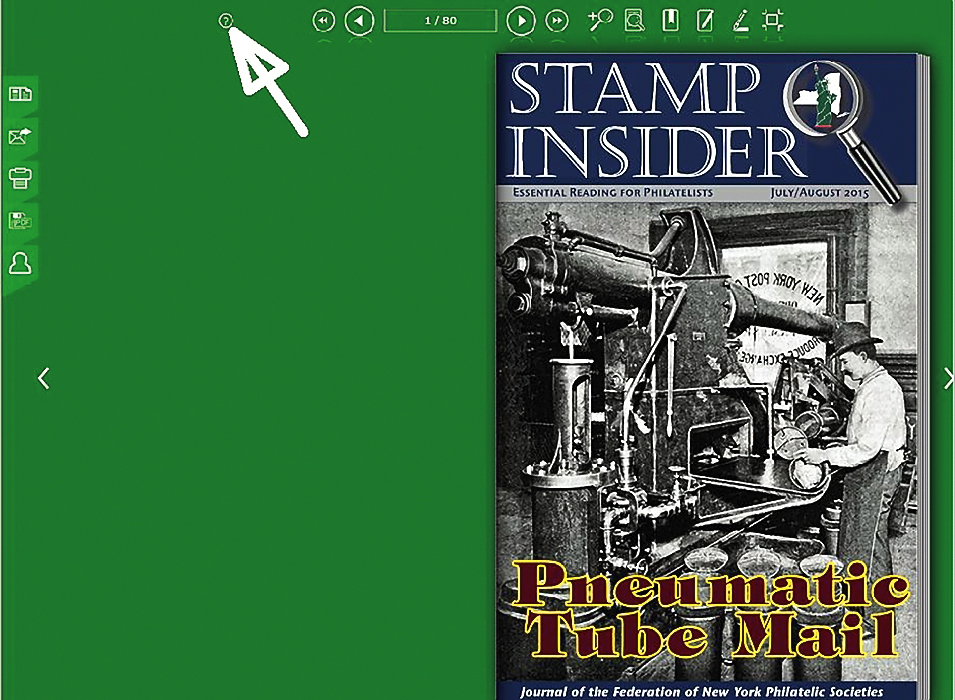 PageFlip version of the July-August issue of Stamp Insider, published by the Federation of New York Philatelic Societies. 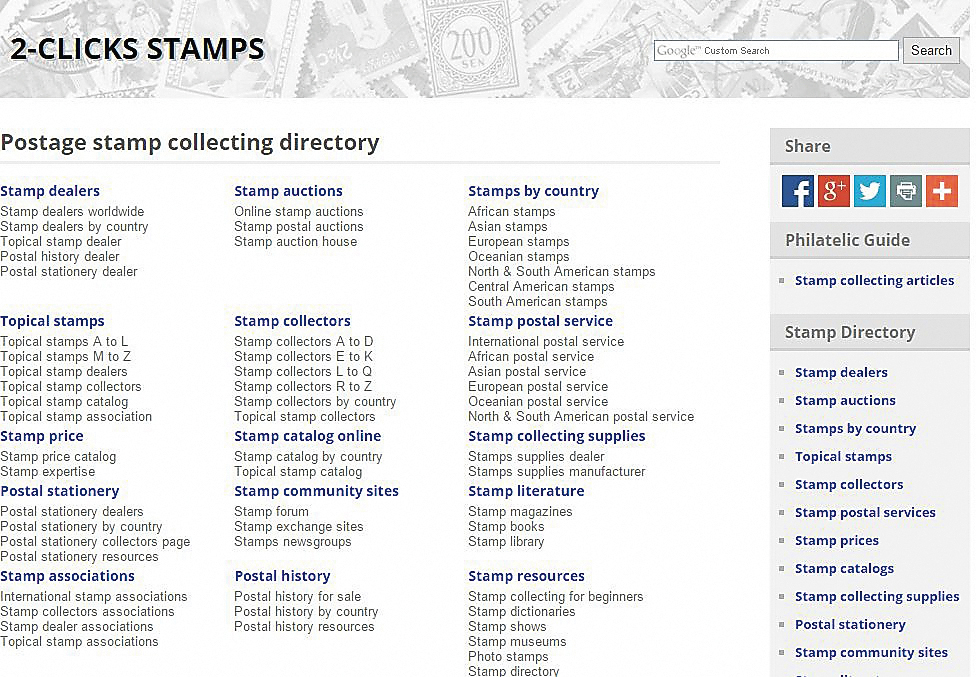 The home page of 2-Clicks Stamps, a stamp collecting directory.
Previous
Next

Online access to many stamp publications is limited to paying subscribers or members of the society. That’s not true of Stamp Insider, the journal of the Federation of New York Philatelic Societies.

All issues of Stamp Insider dated from September/October 2003 through 2015 are available for reading or downloading.

Albert Starkweather is the editor and journal webmaster for Stamp Insider. Despite the New York origin of the publication, the articles cover the world of stamps and related items.

Shown nearby is the cover of the latest issue, July-August, in the PageFlip version for easy reading online. Click on the small question mark on the left side of the icon bar at the top of the screen to find how to navigate through the pages.

You also can download the journals as PDF (Portable Document Format) files to read offline.

The July-August cover story, written by Steve Swain, describes New York City’s pneumatic tube mail. The system, which moved mail in 25-pound steel canisters between the city’s five boroughs, opened in 1897. Its final remnants were shut down in 1953.

His July-August column features the Inter-Governmental Philatelic Corporation site. You can shop for stamps from 70 different countries at this site.

Perhaps the most comprehensive of the stamp-collecting web directories is 2-Clicks Stamps. The main page of this site, shown nearby, gives only a hint as to the contents and links provided.

I clicked on “Topical Stamps M-Z,” then “Math Stamps,” then the first choice, “Mathematicians & Mathematics on Stamps,” to arrive at a page listing stamps showing mathematicians and various math subjects such as the abacus, formulas, pi, graphs, and fractals.

In another article, “The Medium Was the Message” in the July-August issue of Stamp Insider, Ruth Sabo shows that postcards were sometimes made of more than cardboard.

The featured video on the website (related to Sabo’s article) shows a Tuck’s postcard record from 1929 being played on a restored vintage gramophone.

A new section, Virtual Programs, recently has been added to the Stamp Insider website. It displays club presentations using PowerPoint that have been converted to PDF and PageFlip versions.

The first offerings are “The U.S. Postal Transportation Issue of 1981–1995” and “U.S. Private Die Proprietary Stamps,” both by Terry Blum of the Western Monroe Philatelic Society in Spencerport, N.Y.

Clicking on the “Videos” category on the top menu line on the home page brings up a display of 18 video clips about collecting.

The first one is a 30-minute documentary about the designers and artists who create our postage stamps. The second one offers a brief tour of the National Postal Museum.

Found under the “Clubs” category on the home page is a list of 26 Stamp Insider regional club sites. You can click on any listed clubs to find out details about the meetings and, in most cases, a link to the local club’s website.