Fifty stars for 60 years: stamps for the American flag 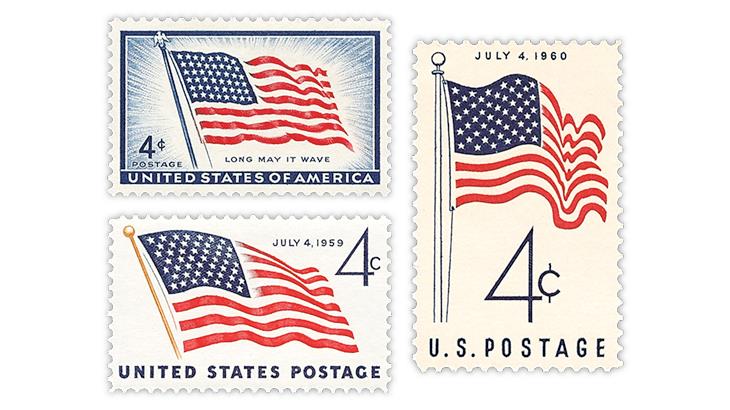 Three stamps showing the American flag were issued over the course of four years: a 48-star flag was featured in 1957, a 49-star flag in 1959, and the first 50-star flag in 1960 after Hawaii became the 50th state admitted into the Union. 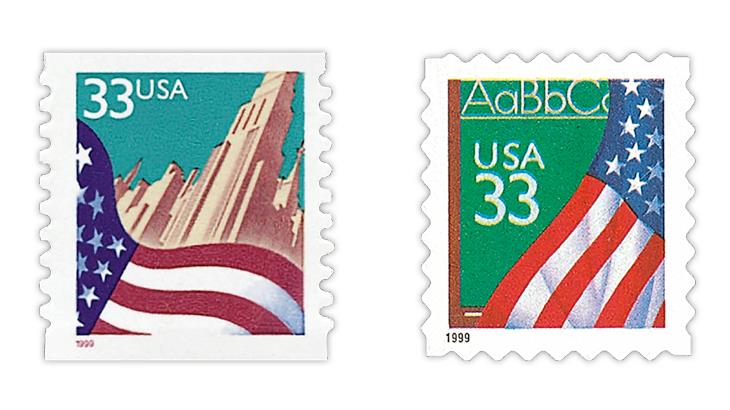 The 50-star flag has appeared on many different U.S. stamps over the past 60 years. These two different 33¢ definitives were issued 16 days apart in 1999. 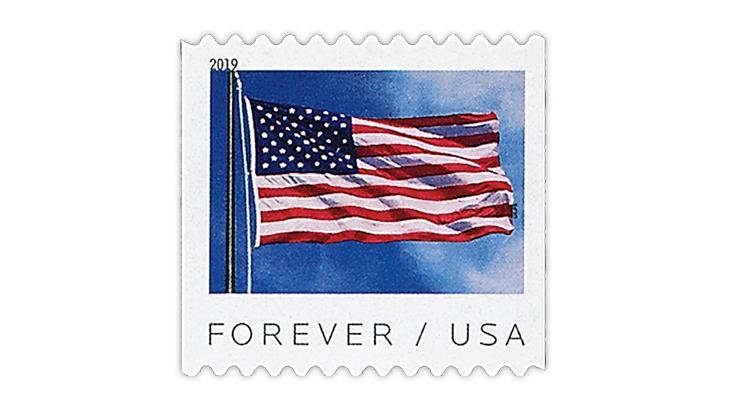 The most recent U.S. Flag stamp was issued in four varieties on Jan. 27, 2019, all showing the same design. 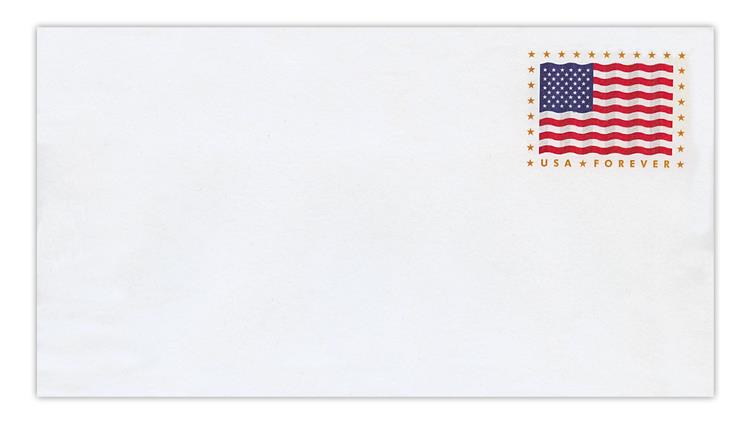 A Flag forever stamped envelope was issued this year on June 15, almost exactly 60 years after the first 50-star Flag stamp appeared in 1960.
Previous
Next

The 50th star was added to the flag of the United States on July 4, 1960, following an executive order signed by President Dwight D. Eisenhower on Aug. 21, 1959.

After decades of the U.S. flag’s stars periodically growing in number as the country added new states, the changes simply came to an end after Hawaii joined the fold on the date of Eisenhower’s order.

From 1957 to 1960, the United States Post Office Department issued three stamps showing the national flag, all commemoratives representing the flag then current, and each one different by the number of white stars in the flag’s blue field.

The stamp was designed by Victor S. McCloskey Jr. (1908-88), who began his career with the Bureau of Engraving and Printing as an engraver but became a designer after just a few years.

Alaska was admitted into the Union on Jan. 3, 1959, and on July 4 of that year, a 4¢ 49-Star Flag stamp was issued (Scott 1132). It was designed by Stevan Dohanos (1907-94), who contributed many different stamp designs over the course of his career. Dohanos would be named to the Citizens’ Stamp Advisory Committee in 1966 and worked as an art director for the Post Office Department.

Dohanos also designed the nation’s first 50-star Flag stamp, another 4¢ issue that was placed on sale exactly one year after its most recent Flag stamp predecessor, on July 4, 1960, less than a year after Hawaii became the 50th state on Aug. 21, 1959 (Scott 1153).

The designs of all three of these stamps were engraved by Charles A. Brooks (1905-93), who engraved many U.S. stamp designs over the course of nearly 30 years at the Bureau.

Although the 1957 and 1959 stamps were produced in a horizontal format and the 1960 stamp was vertical, all three were intaglio-printed on the Bureau’s Giori press. Sheets of 200 stamps were cut down to panes of 50 that were sold at the nation’s post offices.

In recent years the number of U.S. Flag stamps issued has increased in frequency and in quantity.

The most recent 50-star flag to appear on a U.S. stamp came on Jan. 27, 2019, with four stamps issued as horizontal definitives (Scott 5342-5345). The designs are the same on all four nondenominated (55¢) forever stamps, except for variations in the placement of microprinting.

Two stamps came from coils produced by two different contract printers, Ashton Potter USA and Banknote Corporation, and the other two came from double-sided panes of 20, a format the U.S. Postal Service describes as a booklet, from the same two printers.

The U.S. Flag forever stamped envelope issued this year on June 15 is, in a sense, a 60th anniversary celebration of the 50-star flag, which has been featured on so many different stamps from the United States and other countries.