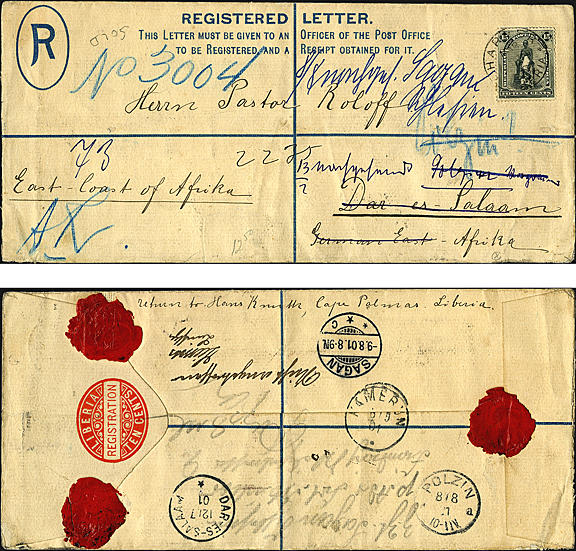 Figure 3. Both sides of a locally printed 10¢ registry envelope used from Harper, Liberia, in 1901. The envelope was first sent from Harper to Dar es Salaam, Tanzania, and next forwarded to Polzin and Sagan, two cities formerly in Germany. Finally, it traveled on to Cameroon. 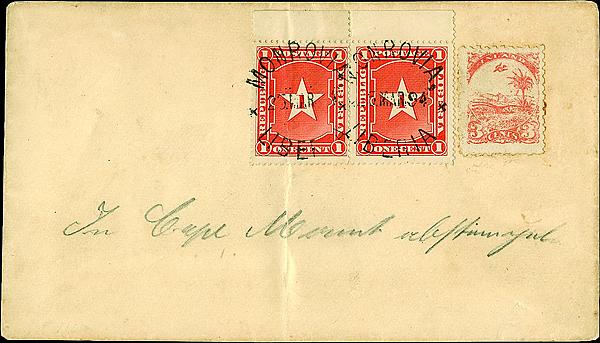 Figure 2. The fact that the rose red variety of what is normally a black 1881 3¢ Arms stamp of Liberia is not tied to this 1894 inland cover or postmarked in any way adds to questions about the authenticity of the stamp. 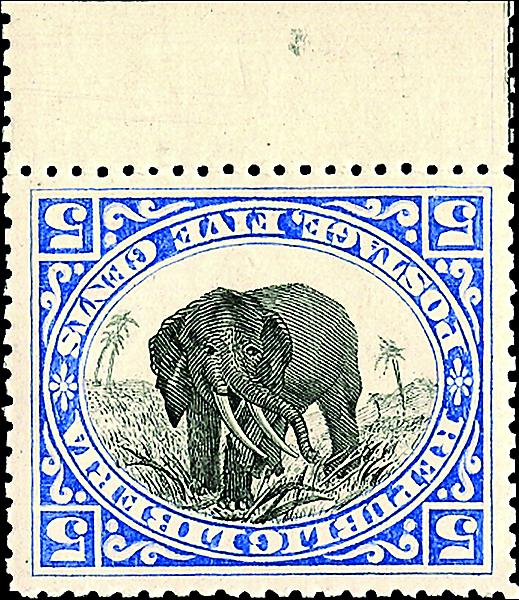 Figure 1. This top margin example of Liberia’s 1905 5¢ Elephant stamp invert is among the holdings of the Smithsonian’s National Postal Museum.

Liberia was founded in 1822 as a West African colony of the United States. Its initial population consisted of freed American slaves returned to Africa under the sponsorship of the American Colonization Society. Africans liberated from slave ships captured by the U.S. and British navies were also frequently resettled in Liberia.

In 1847, Liberians adopted a constitution modeled after that of the United States, and declared their independence.

The first postage stamps of Liberia were issued in 1860. Commonly referred to as the Liberty Seated issue, they were lithographed in London by Dando, Toddhunter and Smith.

By the early 1890s, Liberia’s postal service recognized that the sale of postage stamps to collectors was an important source of revenue for the economically underdeveloped debtor nation.

Most of the National Postal Museum’s holdings of Liberian philately are not organized as such.

Rather, they are scattered throughout multiple collections transferred by the U.S. Post Office Department and the United States Postal Service, purchased using private funds and donated by individual collectors.

The purpose of this finding guide is to describe the museum’s Liberian material in one document, thereby making it accessible to researchers.

Rogers’ interest in Liberian philately stemmed from the fact that his ancestor, U.S. Sen. Robert Goodloe Harper of Maryland, was an early supporter of the American Colonization Society who chose the site and the name for the Liberia colony.

Among the highlights of the Rogers collection is the 5¢ Elephant stamp invert (Scott 62a) from the 1897-1905 pictorial series.

In his 1971 book A Century of Liberian Philately, Rogers stated that this stamp was said to exist but that he had never seen one. Then, in 1974, the discovery sheet of 60 inverts came on the market through Canadian dealer Kasimir Bileski.

Rogers obtained this Position 3 top margin example, shown in Figure 1, for his collection.

Different authorities have at various times held these variations of what are normally black 3¢ stamps to be fakes, proofs, genuine color errors, remainders or postal counterfeits.

The 1894 inland cover shown in Figure 2 purports to be from Monrovia to Cape Mount, but the rose red stamp is not tied to the cover nor even canceled at all. The cover also bears two 1¢ vermilion Star stamps.

Among these is an impressive locally printed 10¢ brick red registry envelope used in 1901 from Harper, Liberia, to Dar es Salaam, then twice-forwarded via Polzin and Sagan (now in Poland, but then controlled by Germany) to Cameroon.

Both sides of the envelope are pictured in Figure 3.

The web link to the museum’s Liberia finding guide is http://www.postalmuseum.si.edu/findingguides/Liberia_Finding_Guide.pdf