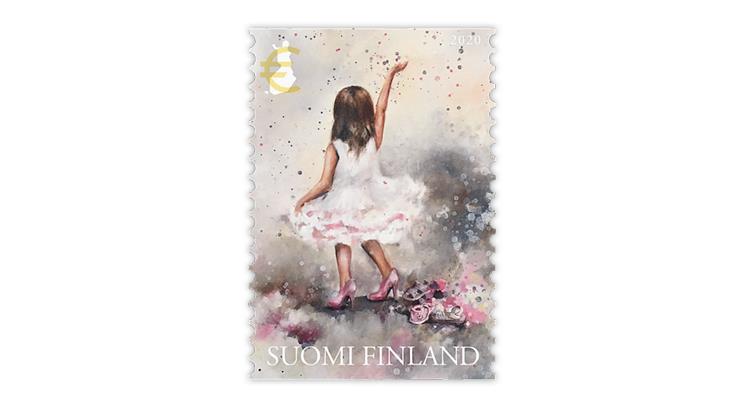 This stamp called A Little Dreamer was voted as Finland’s most beautiful stamp of 2020. The design is based on a painting by Netta Tiitinen. 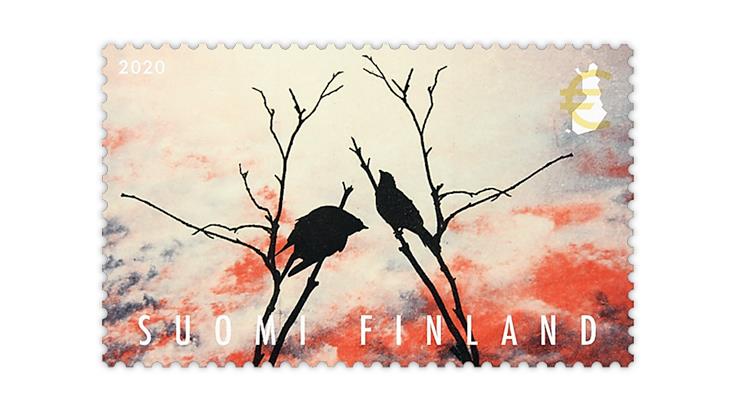 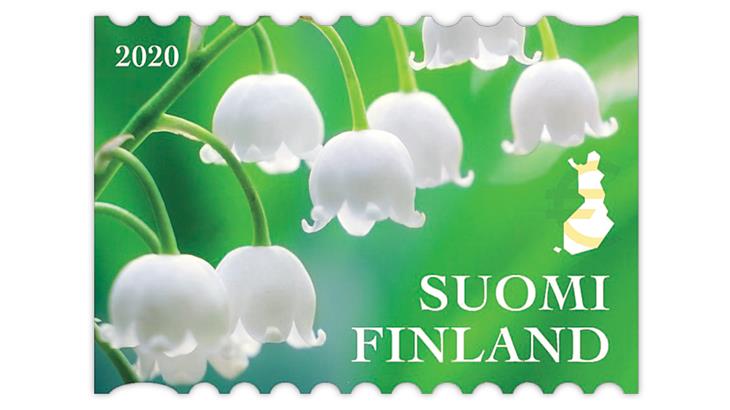 A coil stamp showing Finland’s national flower, the lily of the valley, placed third in the poll.
Previous
Next

A stamp called A Little Dreamer was voted as Finland’s most beautiful stamp of 2020 in a poll conducted by Posti, Finland’s postal and logistics provider.

Posti reported in a Jan. 26 press release that 29,410 votes were cast in the poll, almost 10,000 by postcards and the rest through its website.

According to Posti, Tiitinen based her design on a commissioned painting of “a girl who loves glitter and sparkles and is reaching upwards.” Tiitinen described the work as reflecting the courage, enthusiasm, curiosity and spontaneity of children.

Another nondenominated stamp issued Sept. 2 placed second in the poll with 2,734 votes. Titled Duet, this stamp shows Janne Laine’s image of “two dark forms of birds perching on a treetop against a background of light sky and reddish clouds,” according to Posti.

On his website, Laine describes his art as combining photography and printmaking.

Duet was part of a two-stamp set featuring Laine’s graphic images. The other stamp, titled Sunset, placed fifth in the poll, receiving 1,995 votes.

A stamp designed by Paula Salviander featuring a lily of the valley, Finland’s national flower, came in third place with 2,251 votes.

The nondenominated coil stamp was issued June 3 as part of the Wildflowers roll of 100 stamps (eight different designs) celebrating 2020 as the United Nations’ International Year of Plant Health.

Rounding out the top 10 most beautiful Finnish stamp of 2020 are the Squirrel stamp in the Norden issue (fourth place, 2,118 votes), the Europa stamp showing Santa Claus with a post horn and flying reindeer (sixth, 1,843), the Hedgehog stamp in the Norden issue (seventh, 1,810), the winter-themed Sled Ride stamp (eighth, 1,330), the Swallows stamp from the Migratory Birds issue (ninth, 1,115), and Christmas Cottage (10th, 857).