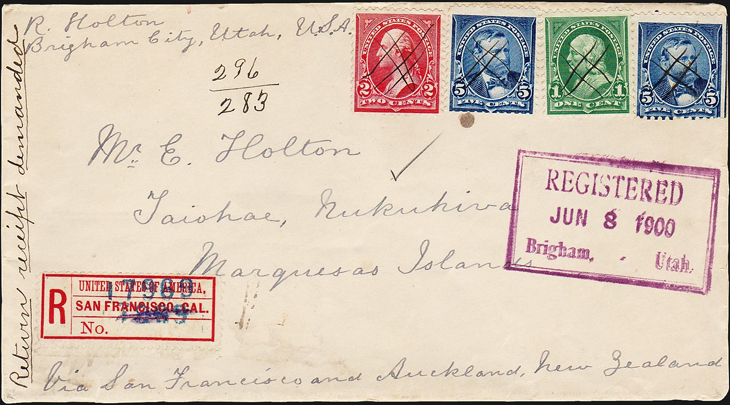 A 1900 registered letter from Brigham, Utah, to the Marquesas Islands franked with various stamps of the First Bureau Issue is an example of how the stamps were used on international mail. 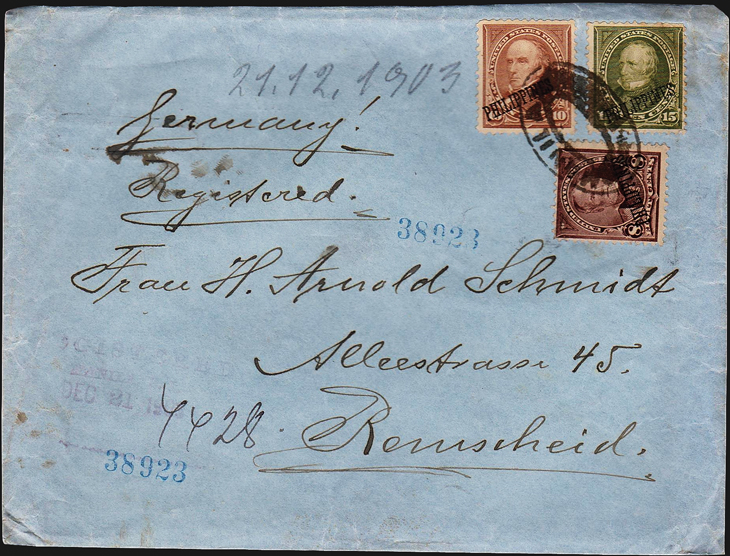 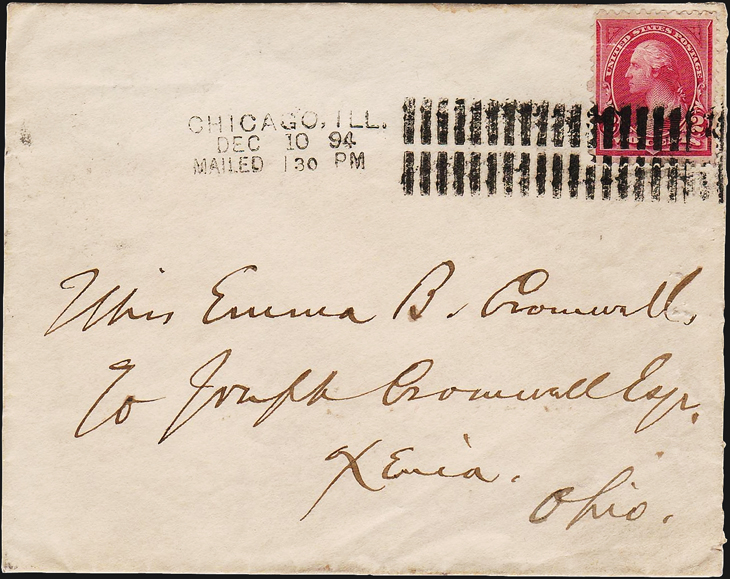 Collectors can find numerous ways to assemble a collection of the United States 1894 First Bureau Issues on cover. This 1894 cover franked with a 2¢ stamp is postmarked with a Barry experimental cancel from Chicago. 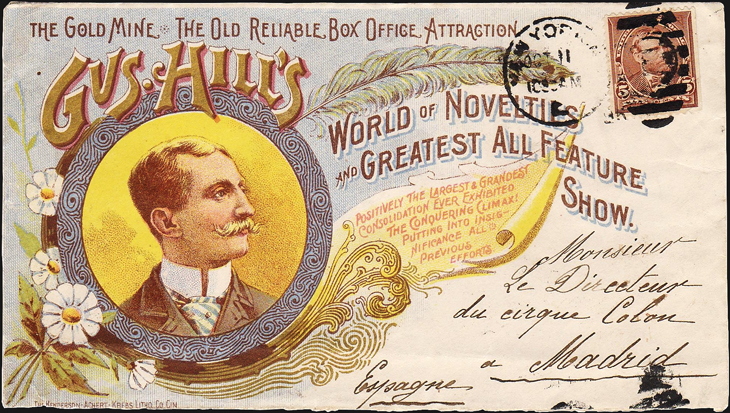 Franked with a single 5¢ First Bureau Issue stamp paying postage, this attractive international cover addressed to Madrid, Spain, is dressed up with a large advertising message and illustration.
Previous
Next

In 1894, the government decided to have the U.S. Bureau of Engraving and Printing print U.S. postage stamps. The first issue of stamps from the BEP came to be called the First Bureau Issue.

The Bureau engraved triangles into the upper corners of the dies — the engraved images of the stamp that would be applied to metal sheets to create printing plates — which had been used by American Bank Note Co. to print the previous issue.

These were the regular-issue dies used to create the printing plates that were used to print the First Bureau stamps.

Throughout the life of this issue, varieties in the triangles on the 2¢ stamps, and re-engraving of the 10¢ and $1 stamps occurred. The stamps were initially printed on unwatermarked paper, but in 1895 the Bureau began to use paper watermarked “USPS,” and continued this practice throughout the remaining life of the issue.

During 1898, the U.S. Post Office Department authorized a change of color for the 1¢, 2¢, 4¢, 5¢, 6¢, 10¢ and 15¢ stamps to better conform to the Universal Postal Union color scheme. Inks used in the printing of the issue, especially for the 2¢ stamp, created many distinct and well-cataloged color varieties.

Collecting the postal history of this issue can be done in several ways and at different levels.

For example, one can specialize in a particular stamp, such as the 1¢ green. An extensive postal history collection of this stamp has been assembled.

Collecting the values of 50¢ and up can be difficult because of the lack of material, but there are enough of the lower values available on cover to build significant collections.

Machine cancels used by the Post Office Department came into common use during the time of this issue, and are an important part of many machine cancel collections.

Many of the machine cancel manufacturers would have the Post Office Department use a canceling device as a test to see if it was practical or not. Such cancels are called “experimental.”

An example of a Barry experimental cancel is shown here on the 1894 cover from Chicago to Ohio franked with the 2¢ stamp.

When the United States took control of Guam, Cuba, Puerto Rico, and the Philippines after the Spanish-American War, First Bureau stamps were overprinted with each possession’s name to be used in those locations.

A quadruple-rate registered cover from the Philippines to Germany, franked with an 8¢, a 10¢ and a 15¢ stamp, all overprinted PHILIPPINES, is pictured here. The 10¢ and 15¢ stamps are from the color changes of 1898.

Another collecting area is that of usages to foreign countries. Shown is a 1900 registered cover from Utah to the Marquesas Islands in the South Pacific via San Francisco, where a registration label was applied. The stamps are all from the color change of 1898.

A second cover, a single franking with the first 5¢ color to Spain, shows how a collection can be dressed up by adding another dimension to a collecting area, in this case an attractive advertising design.

If one wishes to limit the amount spent in this area, a collection of covers having stars, geometric designs, and letters as the cancel on the stamp can be formed without seriously challenging the pocketbook.

One can also specialize in unwatermarked or watermarked issues, or the color varieties and changes.

This is another issue where the many ways to collect these stamps and covers are limited only by one’s imagination.