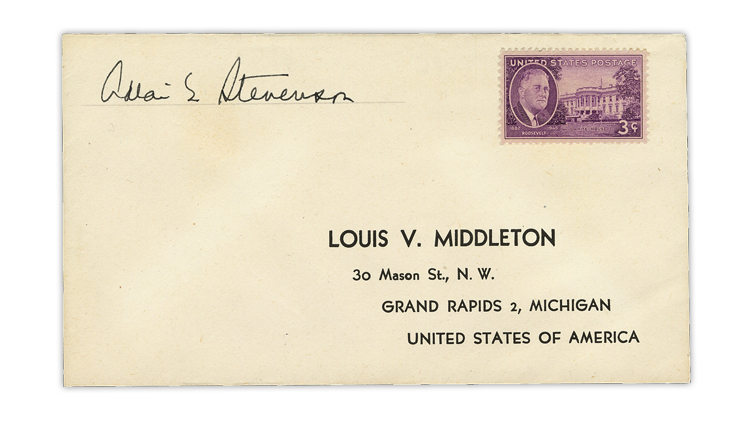 Figure 1. Louis Middleton, the addressee on this cover, requested Adlai Stevenson’s autograph in 1952, then waited five years, while Stevenson devoted himself to running for president twice, to receive it. 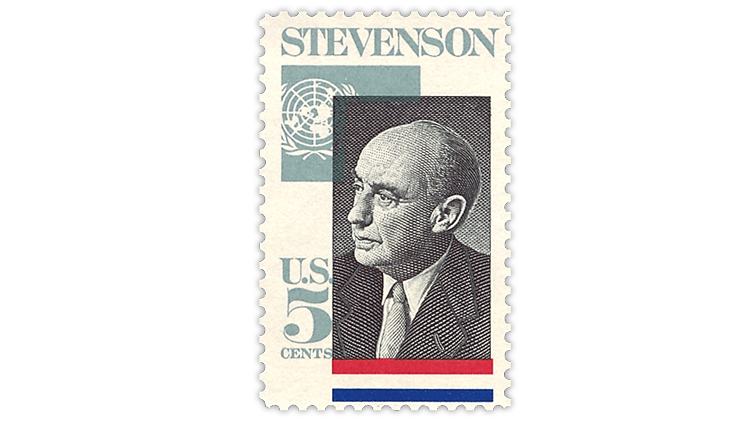 Figure 2. Adlai Stevenson served with distinction as United States ambassador to the United Nations from 1961 to until his death on July 14, 1965. Four months later, this 5¢ memorial stamp was issued.
Previous
Next

Talk about pushing a boulder uphill. Illinois Governor Adlai Stevenson (1900-1965) ran on the Democratic ticket for president against the incredibly popular Republican nominee Gen. Dwight Eisenhower (1890-1969) — not once but twice, in 1952 and 1956.

To Stevenson’s credit, he threw himself into both campaigns and worked his heart out. It wasn’t that he was unpopular. It was that he was less popular than Eisenhower, the architect of Germany’s defeat in World War II and a man known for his smile.

In 1952, one of Stevenson’s fans, Louis V. Middleton of Grand Rapids, Mich., sent him the cover shown here in Figure 1 with a request for an autograph. The cover is franked with the 3¢ stamp issued June 27, 1945, showing President Franklin D. Roosevelt and the White House (Scott 932).

Because Stevenson was so wrapped up in campaigning, the request waited until 1957 for a response.

In a letter dated Aug. 16, 1957, Stevenson’s personal secretary wrote: “I’m sorry it has taken so long to get this to you, but Mr. Stevenson has been kept unbelievably busy by the past two Presidential campaigns and his many other activities. He is just now catching up with the autograph requests from the 1952 campaign.”

Rather than being annoyed or dismissive, the requester wrote a nice thank-you letter, saying, “During these times of business and political stress, we do not realize how much we add to the burdens of some very popular person by asking favors such as this. This must be the penalty that one pays for popularity.”

Stevenson bounced back from his losses to serve as the United States ambassador to the United Nations under presidents John F. Kennedy and Lyndon Johnson.

Stevenson served with distinction until July 14, 1965, when he died of a massive heart attack while visiting London on the way back from a U.N. meeting in Geneva.