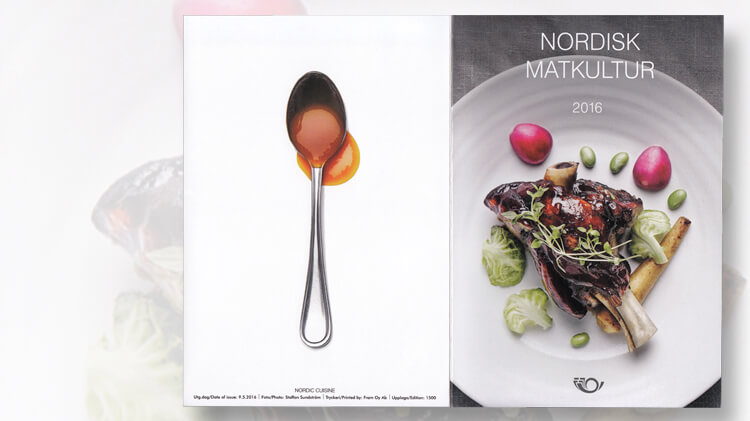 The front of Aland Post’s folder for the 2016 common-theme stamps featuring Nordic cuisine. The stamps from inside the folder are shown in the next illustration. 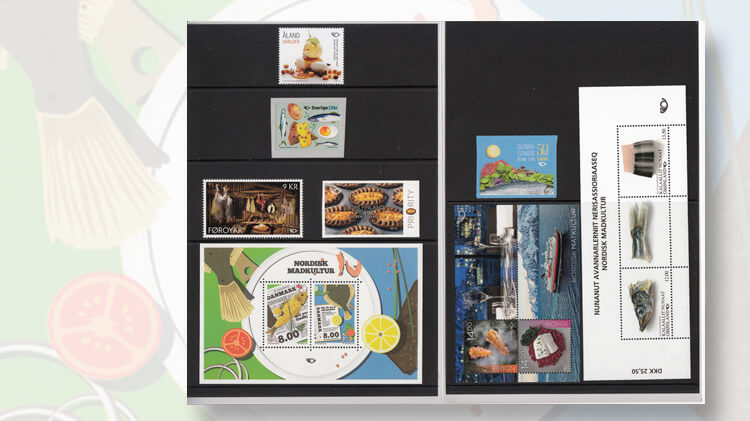 The different types of Nordic cuisine displayed on the 2016 stamps ranged from an elegant dessert from Aland to mattak (raw whale skin) from Greenland. 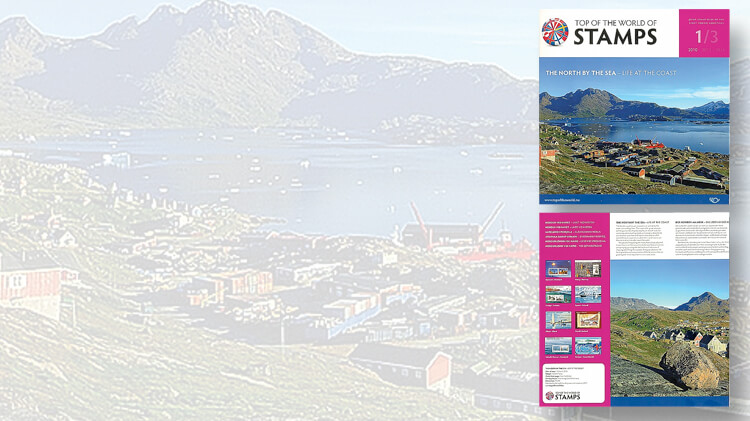 The front and back of the folder titled “Top of the World of Stamps” for the 2010 common-theme stamps with a theme of North by the Sea and a sub-theme of life at the coast. 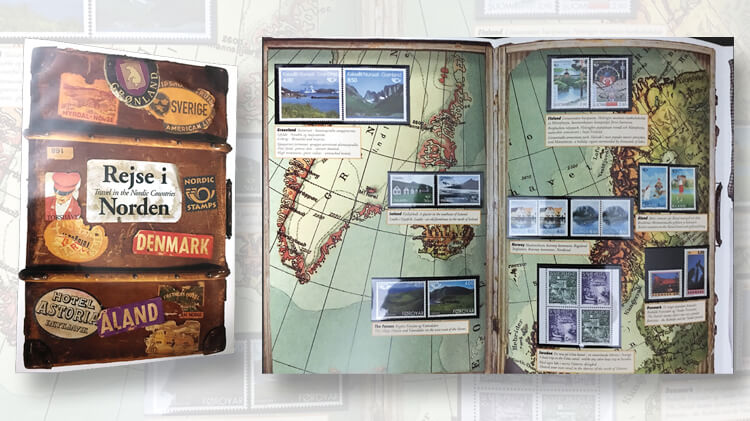 The theme for the 1993 Nordic Postal Cooperation stamps and folder was travel in the Nordic countries. 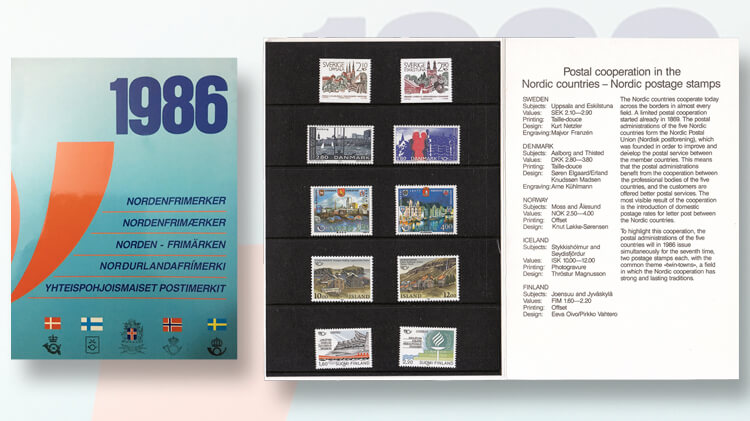 The cover and inside of the joint folder for the 1986 Nordic Postal Cooperation stamps with the common theme of twin cities.
Previous
Next

Postal administrations in Scandinavian countries and territories have a long tradition of issuing common cultural thematic stamps, dating back to 1956.

In more recent decades, postal administrations that belong to the Nordic Postal Cooperation have issued joint stamp folders that include a complete set of the common-theme stamps for that year.

As noted inside the stamp folder, this was the seventh Nordic Cooperation issue.

In addition to the five aforementioned postal administrations, Aland, Faroe Islands and Greenland took part in the 1993 common issue with the theme of “Travel in the Nordic Countries.” This theme also is evident in the design of the stamp pack.

Beginning in 2004, all eight postal administrations issued stamps based on a common Nordic theme every two years and also issued a joint folder for those stamps.

The joint folder is titled “Top of the World of Stamps.” All participating postal administrations have the same folder available for sale.

During the first three years, the common theme was Nordic mythology, and a souvenir sheet was issued by all eight postal administrations.

Another common feature of these 2004, 2006 and 2008 issues is the postal administration’s emblem located on the upper right side of the sheet.

The 2014 issue was the last one to include a joint Top of the World stamp folder.

The Top of the World stamps series, including recent Nordic cooperation issues, can be found on the Nordic postal administration’s joint website.

Aland Post intended to service collectors with this special product, and conveniently collected all eight Nordic countries’ stamps in one folder.

Priced at €21.95 (equivalent to $24.70), just a nominal cost on top of the stamps’ face values, the Aland folder is attractive and provides a safe way to store and display this year’s common theme stamps in one place.