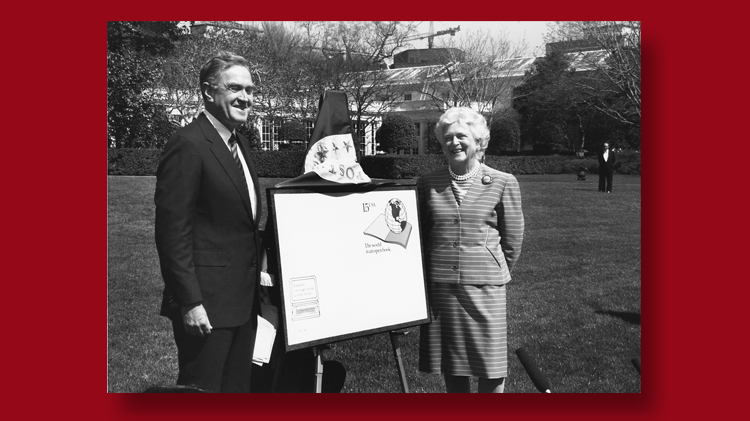 The May 7 issue of Linn’s Stamp News just landed on the presses and goes in the mail to subscribers Monday, April 23. And if you subscribe to Linn’s digital edition, you’re at the head of the line with early access Saturday, April 23. Here are three stories you won't want to miss.

In the wake of former first lady Barbara Bush's passing away on April 17, Joe Brockert, program manager at the United States Postal Service, recalls meeting Mrs. Bush in 1990. At that time, Mrs. Bush became a participant in the philatelic world as the U.S. Postal Service finalized its plans for a 15¢ postal card promoting literacy.

The country known today as the Kingdom of Thailand has been through many name changes, a fact that is reflected its stamps. Siam’s first stamps were issued Aug. 4, 1883, and bear the image of King Chulalongkorn (1853-1910). In this collecting basics article, Janet Klug breaks down a bevy of stamps from 1883 and forward, and describes how they have evolved.

Turks and Caicos Islands, a British overseas territory in the West Indies north of Haiti, has issued its own stamps since 1900. Learn the difference between stamps with the "Turks Islands" and "Caicos Islands" identifiers.