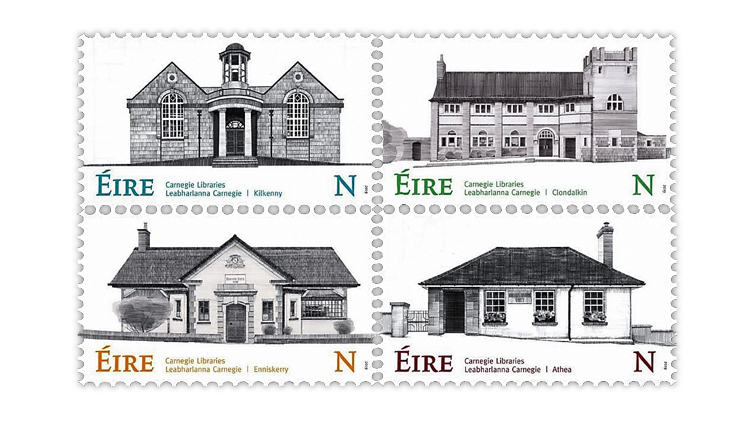 In announcing the stamps, An Post said that Carnegie’s “generosity changed the face of Ireland through his endowment of grants to build more than eighty libraries across the country.” A total of 62 of these libraries are still in use.

The stamps feature line drawings of the Carnegie libraries in Kilkenny, Clondalkin, Enniskerry and Athea, respectively. The designs are se-tenant (side-by-side) in panes of 16. The stamps are nondenominated, each inscribed with the letter “N,” representing the basic national, or domestic, rate, currently €1.

For further details about the new set of stamps from Ireland, visit the webshop of An Post.