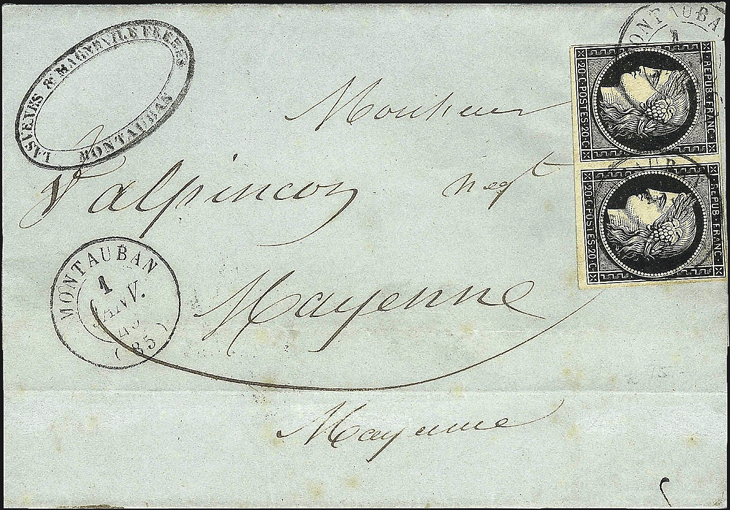 We are pleased to welcome back to the pages of Linn’s stamp collector and author Larry Rosenblum, whose column on the stamps of France makes its debut this month.

Rosenblum has a long history with Linn’s and Scott Stamp Monthly.

He and his friend David Alderfer began writing a monthly column in Linn’s in 1992 on the stamp-collecting opportunities offered by Great Britain. They alternated writing the column for 10 years, and together they wrote Linn’s Introduction to the Stamps of Great Britain.

He has a special fondness for Great Britain’s Penny Black, the Seahorses, and the Wembley issues of 1924-25. He is the official webmaster and secretary-treasurer of the Great Britain Collectors Club.

Rosenblum hasn’t shared with many of his Great Britain collector friends that through the years he has developed another passion: collecting stamps of France.

His secret is out of the bag. Beginning with this issue of Linn’s, Rosenblum will pen a bimonthly (in even-number months) column on collecting stamps of France.

In his first Philately of France column, he introduces France’s stamps, placing them in a historical context, from the first issues featuring Ceres, Roman goddess of agriculture, introduced in 1849, through the President Louis Napoleon and Emperor Napoleon III series and touching on the Bordeaux issue, again featuring Ceres. His introductory column ends with the fascinating Peace and Commerce series, also known as the Sage series, so named for designer Jules-August Sage.

Fred Baumann’s Spotlight on Philately column begins a series focusing on the great stamp sets of the world. Baumann begins this series by taking a look at Italy’s 1950 Italy at Work series of pictorial definitives honoring laborers and the regions of Italy.

We will continue to add high-quality content to Linn’s Stamp News monthly to create a vibrant, informative publication for our readers.