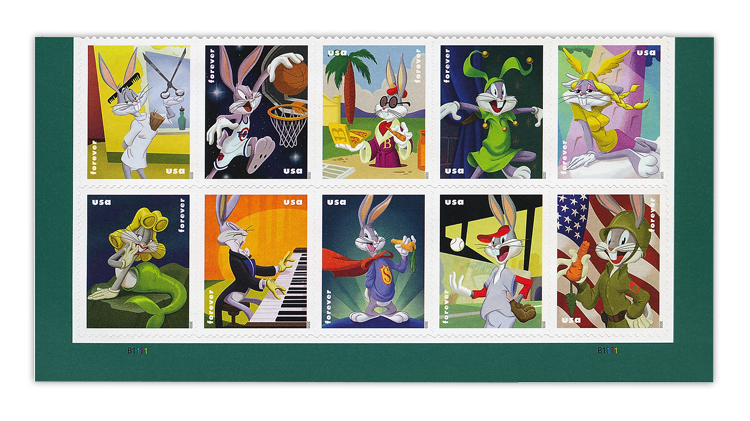 Included in this month’s listings are Scott numbers for the 10 Fruits and Vegetables definitive forever stamps issued July 17, and the 10 Bugs Bunny commemorative forever stamps issued July 27. The Fruits and Vegetables stamps were issued in a double-sided pane of 20, and the Bugs Bunny stamps were issued in a standard pane of 20 with a decorative selvage header.

All of the numbers will appear in the Scott New Listings Update section of the Sept. 21 Linn’s Stamp News. For further information, contact Martin J. Frankevicz.