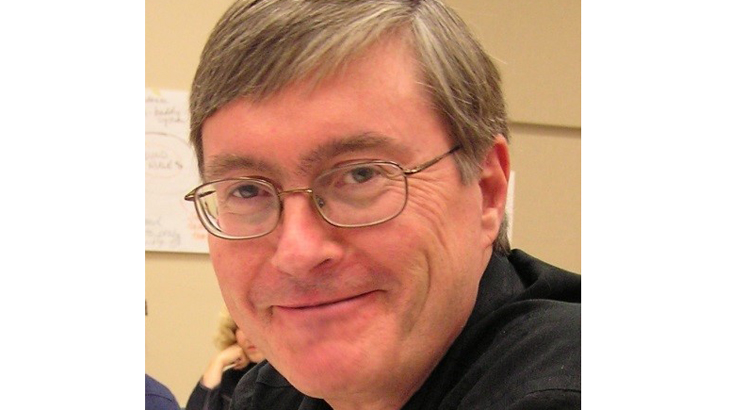 The following is a press release from the Royal Philatelic Society of Canada:

George Pepall, President of The Royal Philatelic Society of Canada   (RPSC), today announced that David Piercey of Edmonton, Alberta is the 2015 recipient of the Geldert Medal.

Mr. Piercey is receiving the award for his article “The Montreal Steamers and the Newfoundland Mails 1885 - 1897”, which was published in the May/June 2015 issue of The Canadian Philatelist (TCP), the journal of the Society.

The Geldert Medal selection committee, in a unanimous decision, spoke highly of Mr. Piercey’s article. “It is an excellent piece of research, well-written, erudite, well footnoted and referenced. It constitutes original research on a maritime postal history subject not written about previously and is based on a careful research of secondary sources and contemporaneous newspaper articles.  It is well illustrated with appropriate newspaper ads and postal history showing mail carried on this significant but undocumented postal service.”

When informed of the award, Mr. Piercey replied, “That is unexpected news! The Geldert Medal is a significant award. It is given out only after great consideration. I am honoured to receive it. Such an award shows that personal study and research, whether in philatelic writing or in forming competitive stamp exhibits, is an important part of philately. My archival work in researching Newfoundland postal matters, for example, demonstrates that there is still so much more to discover behind the stamps and postal history we all collect, and that we have an obligation to expand the knowledge base through the public record our writings thus create.”

President Pepall noted, “Geldert Medal winners are an inspiration to others and an important voice for our hobby. David Piercey has been a life-long collector, with particular specialized interests in the postal history of not only Nineteenth Century Newfoundland, but also of the Canadian Rocky Mountains, the northern coast of British Columbia, and the Canadian Arctic. He is an active exhibitor at the national level, he is also the current Chairman of the RPSC Judging and Exhibiting program, and writes an ongoing column “Let’s Talk Exhibiting” for TCP. In 2010 he was elected a Fellow of the RPSC, in recognition of his contributions to Canadian philately.”

Mr. Piercey’s 2015 Geldert Award culminates a year of similar writing awards from other philatelic societies. In March 2015 he was awarded the Aikens-Hillson Trophy, awarded annually by the Canadian Philatelic Society of Great Britain for his article “Newfoundland’s South Coast Mails 1892-1895”, adjudicated as the best article of original research in BNA philately published in Maple Leaves prior to the Society’s 2015 convention. In January 2016 he was a co-recipient of the prestigious Collectors Club of Chicago 2015 Pratt Award for the best-judged articles on Newfoundland philately, in acknowledgment of five different research articles on Newfoundland postal history he had published, in three different journals, that year.  In February 2016 he was awarded the Randy Neil Award, awarded annually by the American Association of Philatelic Exhibitors for his article “Personal Study and Research in Exhibits” for the best article published in their journal The Philatelic Exhibitor for 2015.

Mr. Piercey continues to publish his research findings, with recent or forthcoming articles in TCP, BNA Topics, The PHSC Journal, Maple Leaves, and the Newsletter of the BNAPS British Columbia Study Group. An avid outdoorsman, his other interests include camping, hiking and backpacking in Canada’s western mountain parks.

The Geldert Medal is given for the article or series of articles in TCP judged the best researched and written. The standard expected of a Geldert award winning article is high. If none is judged sufficiently worthy in a particular year, the award is not given.

The award was established by Phyllis Geldert in memory of her husband, Dr. George M. “Mac” Geldert, FRPSC, a long-serving president of The RPSC (1958-1967).  Mrs. Geldert put up the medal in 1967 shortly after Dr. Geldert’s death.  A notable stamp collector herself, Mrs. Geldert was prominent in many facets of RPSC work, including a directorship from 1967 to 1978.  She also served as executive director for three years.  She was elected a Fellow (FRPSC) in 1968.  Mrs. Geldert died in 2000.

BNAPS spreads the good word about Canada and its philatelic wonders