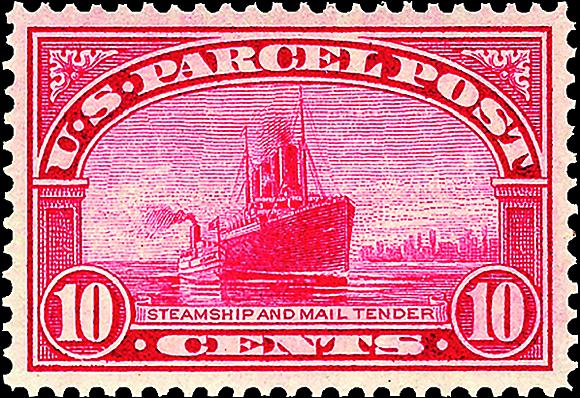 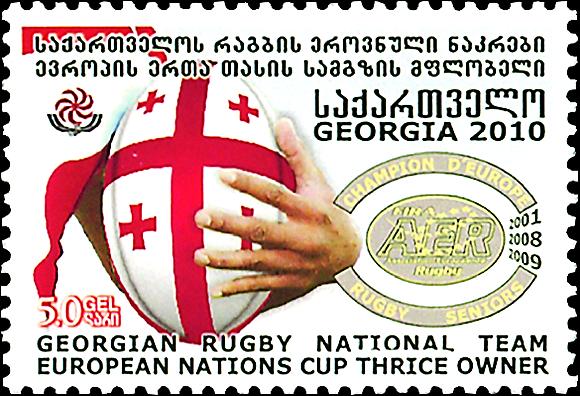 Georgia — Georgia is an ancient Christian nation located in the Caucasus region in a border area of southeastern Europe and southwest Asia. Some authorities classify it as a European country, but most consider that it lies in Asia. In the Georgian language (Kartvelian), the land is known as Sakartvelo (land of the Kartvelians).

An independent kingdom since the 4th century B.C., Georgia officially converted to Christianity in the 4th century A.D. It survived invasions and annexations by various surrounding empires until being annexed by the Russian Empire in 1801. Briefly independent again in 1917, it was incorporated as one of the Soviet Socialist Republics in 1923. Independence returned with the breakup of the Soviet Union in 1991.

Rugby is a popular collecting specialty within the general sports topic. The game is similar to American football, but the players wear no pads or helmets. The Rugby World Cup has been held every four years since 1987 between teams fielded by 20 of the world’s rugby playing nations.

Several countries have issued rugby-themed stamps. One of the most difficult to find is the 2010 Georgian 5-lari stamp commemorating the participation of the national rugby team in the 2009 European championships (Scott 459). The 2015 Scott Standard Postage Stamp Catalogue values the stamp in both mint never-hinged condition and used condition at $9, with the values in italics.

I think if you saw this stamp offered at the Scott catalog value, it would be worth buying.

United States — The set of 12 U.S. parcel post stamps issued in 1913 is a perennial favorite with collectors of U.S. stamps. The bright carmine-rose color, classic designs and interesting subjects have near universal appeal.

One of the most striking of the parcel post stamps is the 10¢ Steamship Kronprinz William and Mail Tender parcel post stamp (Scott Q6). The 2014 Scott Specialized Catalogue of United States Stamps and Covers values the stamp at $42.50 in unused hinged condition and $100 in mint never-hinged condition. I think you can find the stamp in unused hinged condition at around $30. But the stamp in mint never-hinged is the better value. I think you can find it for around $80 if you shop diligently, and it is a good buy at that price.

Covers for parcel post are widely collected. Finding a small size, nonphilatelic usage can be tough.

Beware of overgrading. Many sellers are offering examples as very fine that are fine-very fine at best,. The lowest price is often not the bargain it might seem. — H.G.