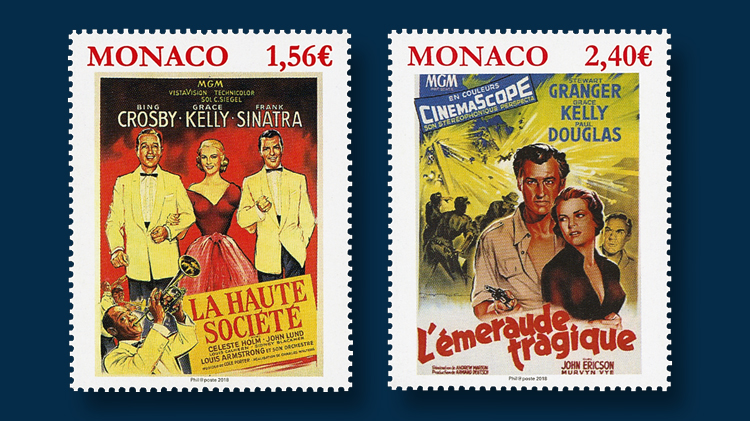 Two recent stamps from Monaco depict posters for the Grace Kelly films High Society and Green Fire. The stamps are part of a series that started in 2014.

On Jan. 17, Monaco issued two more stamps in its series honoring the films of Grace Kelly.

Pictured along with Kelly on the stamp honoring the adventure film Green Fire are co-stars Stewart Granger (in the foreground with Kelly) and Paul Douglas (on the right).

Creaphil designed the stamps. Philaposte printed them by offset in sheets of six.