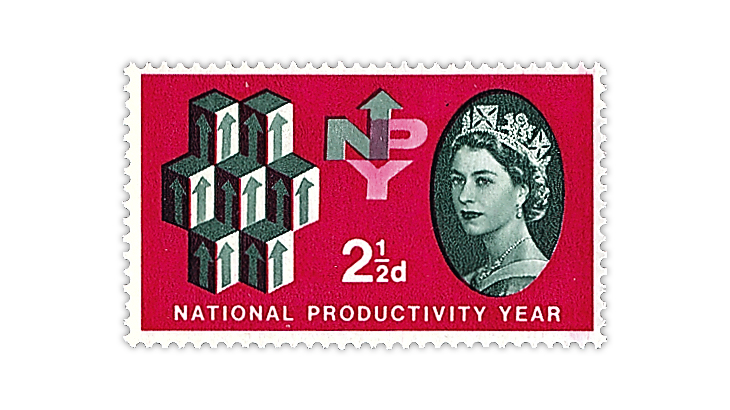 As reported on page 1 of the Jan. 31 issue of Linn’s Stamp News, the program starts Jan. 20 with 12 stamps honoring the rock band the Rolling Stones.

Two sets of stamps are scheduled for February. The subject of the first set, on Feb. 4, has not been announced. The second set, on Feb. 18, will highlight the stamp designs of David Gentleman. The English artist, illustrator, designer and author has designed more than 100 stamps for Royal Mail, starting with the 1962 National Productivity Year issue (Scott 387-389).

March issues will include stamps for the Football Association Challenge Cup, a soccer competition commonly called the FA Cup, on March 8; and a salute to heroes of the COVID-19 pandemic on March 23.

Royal Mail and iChild Ltd. (a company that offers free resources to support children’s education, development and creativity) organized a competition for schoolchildren to design stamps honoring key workers and other heroes of the pandemic. A total of 606,049 submissions were received, achieving a Guinness world record for the largest postage stamp design competition.

Migratory birds will be featured on stamps to be issued April 7.

On May 5, Royal Mail will issue stamps paying tribute to the women of World War II as unsung heroes.

A set of Cats stamps on June 9 will be followed by an issue with an unannounced subject on July 1, and commemoratives for the Birmingham 2022 Commonwealth Games on July 28.

Later in the year, Royal Mail will honor the Royal Marines on stamps to be issued Sept. 29, release its Christmas stamps on Nov. 3, and mark the 100th anniversary of the discovery of the tomb of Tutankhamun on a Nov. 24 issue.

Also stamps are slated to be issued Sept. 1 and Oct. 19, but their subjects have not yet been announced.