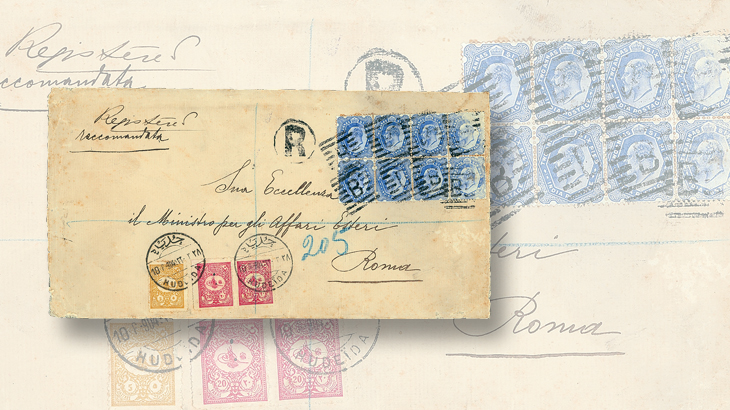 This 1904 registered cover from Hudeida, Yemen, to Rome is the only known example of a Yemen-Aden mixed franking. Grosvenor Philatelic Auctions sold it for $17,625 in London in November. 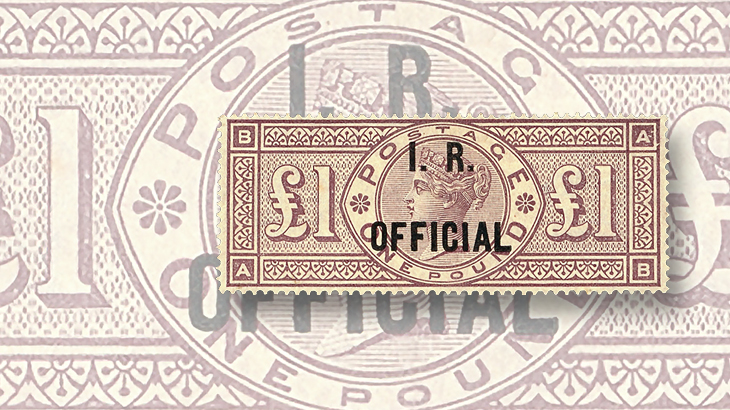 A British 1885 £1 brown lilac stamp overprinted “I.R. Official” for Inland Revenue use, ex-King Carol of Romania and ex-Hind, brought $22,900 at the Grosvenor auction in November in London. 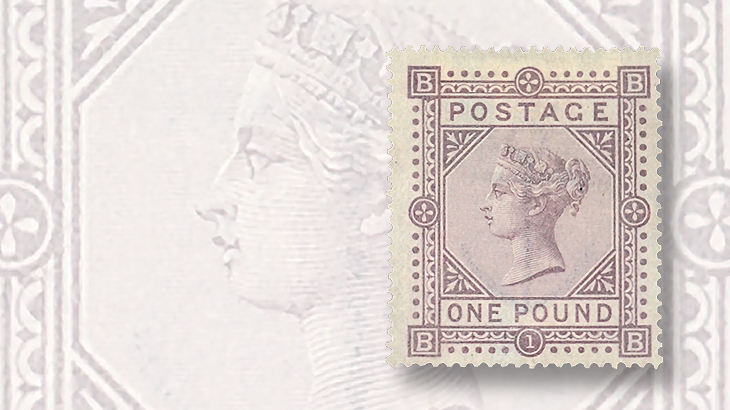 The Grosvenor Philatelic Auctions sale in London in November offered this scarce, unused Great Britain 1882 £1 stamp, on blued paper with an anchor watermark, selling it for about $52,750. 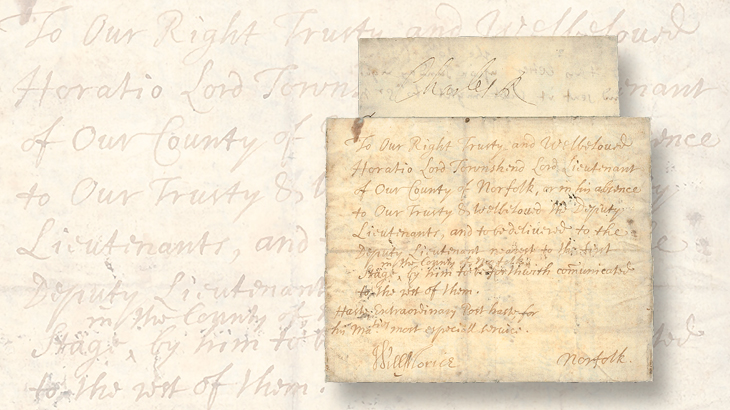 The first of two letters signed by King Charles II offered by Grosvenor Auctions in November in London; this Jan. 25, 1665, missive sold for $14,900. 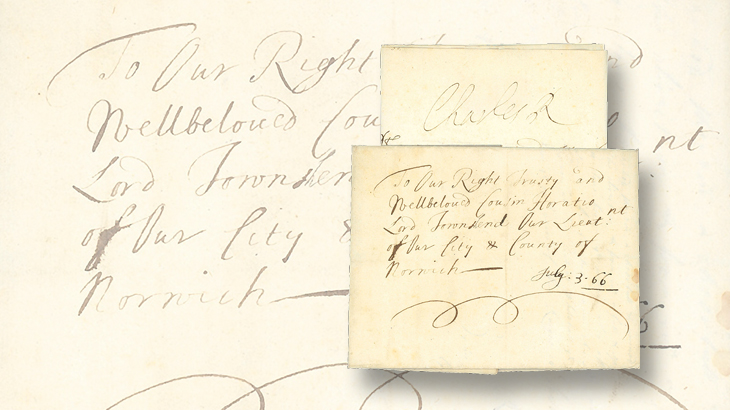 The second King Charles II letter offered in the Grosvenor auction sold for $6,360. The letter is dated July 3, 1666. 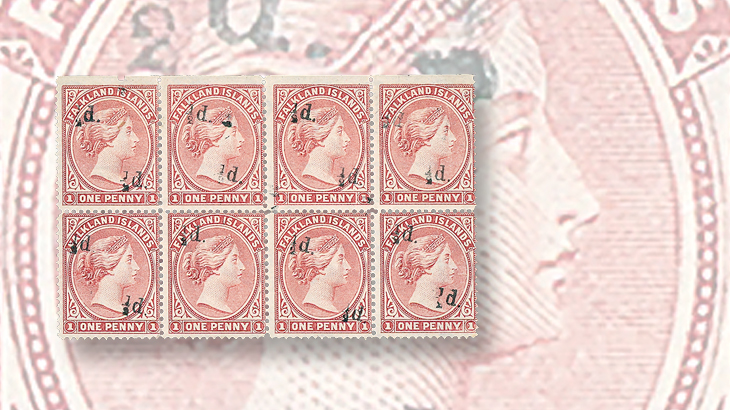 The largest known multiple of the Falkland Islands 1891 provisional ½-penny surcharge, a block of eight intended to be bisected, fetched $54,550 in London at the November Grosvenor sale.
Previous
Next

Grosvenor Philatelic Auctions held a series of sales in London Nov. 9-12 to mark the firm’s 100th auction, a culmination of an 18-year run. The series reaped a total realization of more than £2 million.

An 1885 £1 brown-lilac stamp, overprinted “I.R. Official” for use by the Inland Revenue (Scott O10), once belonging to King Carol of Romania and later to the American industrialist Arthur Hind (who also owned the famous British Guiana 1¢ Magenta), sold for the equivalent of $22,900.

A large, 1904 registered cover from the Italian Consulate at Hudeida, Yemen, to the Ministry of Foreign Affairs in Rome, bears the only known mixed franking of both Yemen and Aden stamps. It sold for $17,625.

Sovereignty over the Falkland Islands went back and forth until 1833, when Britain reasserted its control for the duration. Postal history from the islands prior to this is very scarce. The earliest recorded item, a letter sent to Massachusetts in 1800, realized $16,725 at the Grosvenor sale.

The largest known multiple of the Falkland Islands 1891 provisional ½d surcharge (Scott 19) seems at first glance to be a block of eight but is in fact a block of 16: each of the 1-penny stamps is twice handstamped with a small ½d, and the stamps were intended to be bisected before use.

One of the stamps is missing its lower surcharge, and the block has a couple of trivial faults. Nevertheless, the block has been called the “crown jewel” of Falklands philately, and it found a new owner for a record $54,550.