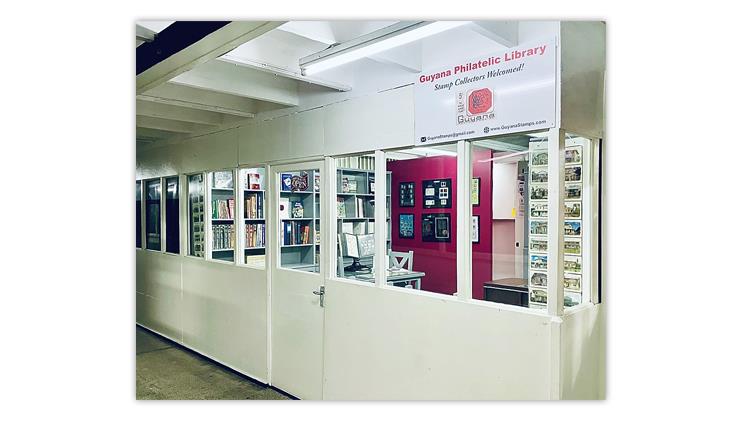 The new philatelic library, a first in Guyana, recently opened on the ground floor of the main post office. Photos courtesy of the Guyana Philatelic Society. 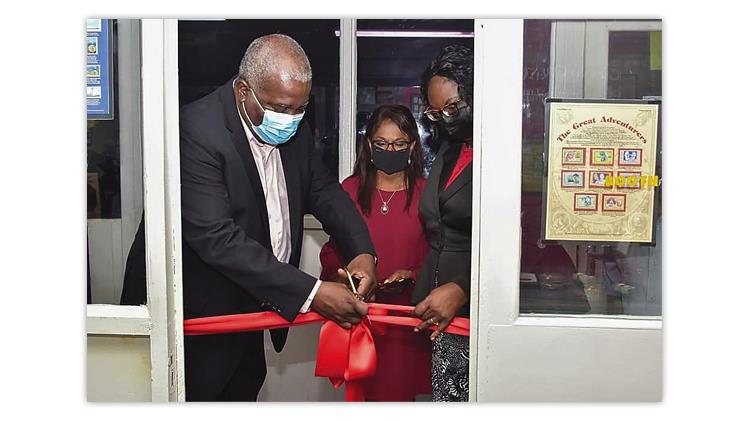 With the world’s attention on the recent sale of the 1856 British Guiana 1¢ Magenta (Scott 13), the timing of the ribbon cutting for the new library in Guyana was well planned. (See the June 28 issue of Linn’s for the report on the June 8 sale of the 1¢ Magenta.)

On May 20, the first philatelic library in the South American country was dedicated at Guyana’s main post office in Georgetown.

On hand for the dedication was Prime Minister Mark Phillips. The project was led by Ann Ramphal Wood, president of the Guyana Philatelic Society.

The dedication event was livestreamed on the society’s Facebook page.

The prime minister was the keynote speaker, and he committed the support of the Guyana Post Office Corp. to “continue to work with the GPS to promulgate the interest of philately in Guyana.”

The library includes reference copies of the Scott postage stamp catalogs, general books about stamp collecting, and much more. James Barron’s book The One-Cent Magenta: Inside the Quest to Own the Most Valuable Stamp in the World is appropriately featured on one of the library’s shelves.

Stamps were displayed in a few exhibit frames at the library, and there was one frame with postcards of the post offices of Guyana (https://guyanastamps.com/postcards).

Ramphal Wood told Linn’s that most of the people utilizing the library so far are Guyana Philatelic Society members and former stamp collectors.

When asked about the event, she said, “My favorite experience at the ribbon cutting was the Prime Minister’s visit to the library, he showed genuine interest in the books, mainly of the Scott stamp catalogs and displays.”

For additional information on the society, visit its website.