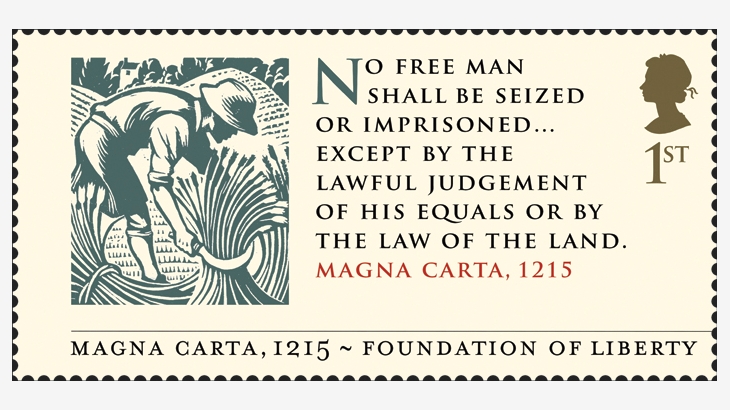 The 800th anniversary of the sealing of the Magna Carta, which was given the seal of King John in June 1215, is being celebrated Monday.

“Magna Carta is so much more than a peace treaty between a quarrelsome King and his barons, sealed (not signed) in a meadow on the banks of the Thames on June 19th, 1215. Its lasting iconic value as the foundation of so many world democracies lies in the power of an idea — a principle, which states that nobody, including the King, is above the law of the land,” the website of the Magna Carta 2015 Committee reads.

Of course there are stamps for that: Great Britain's Royal Mail issued stamps saluting the Magna Carta's 800th anniversary this month, and several other countries have done the same.

"The clamor over a report suggesting that billions of dollars could be made by expanding banking services through the United States Postal Service has drawn a rare public condemnation from the Postal Service."

"Poland has issued the first stamps featuring characters from Disney’s 2013 film Frozen, the highest grossing animated film of all time, bringing in more than $1.2 billion."

Linn's Stamp News looks back at the five most-read stories of last week, according to reader metrics.